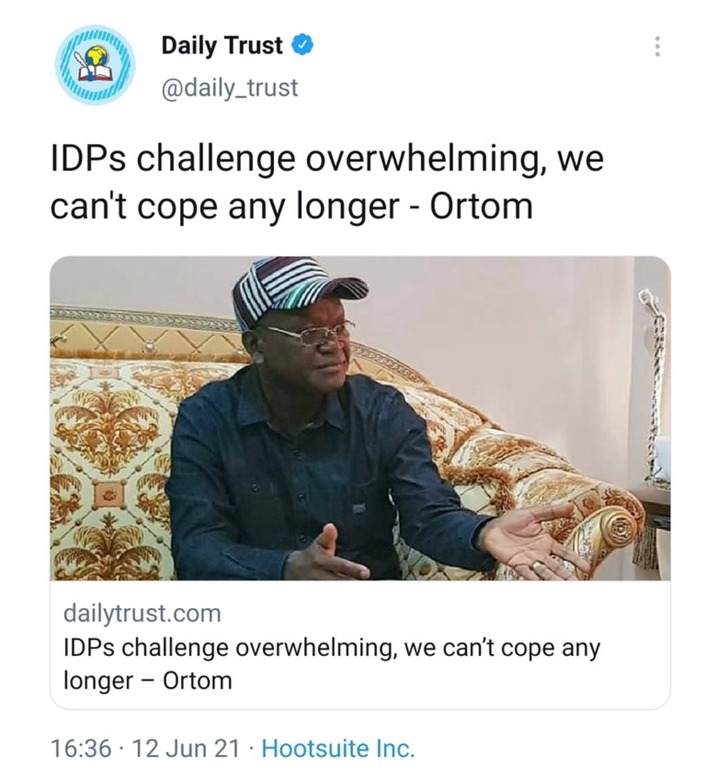 Governor Samuel Ortom has cried out over the overwhelming challenges of catering for the rising number of Internal Displaced Persons (IDPs) in Benue State.

Ortom, while answering questions on the plights of IDPs when he briefed newsmen in Makurdi on Saturday about the achievements of his second term in office to mark this year’s Democracy Day, lamented that the administration could no longer cope with caring for the IDPs. 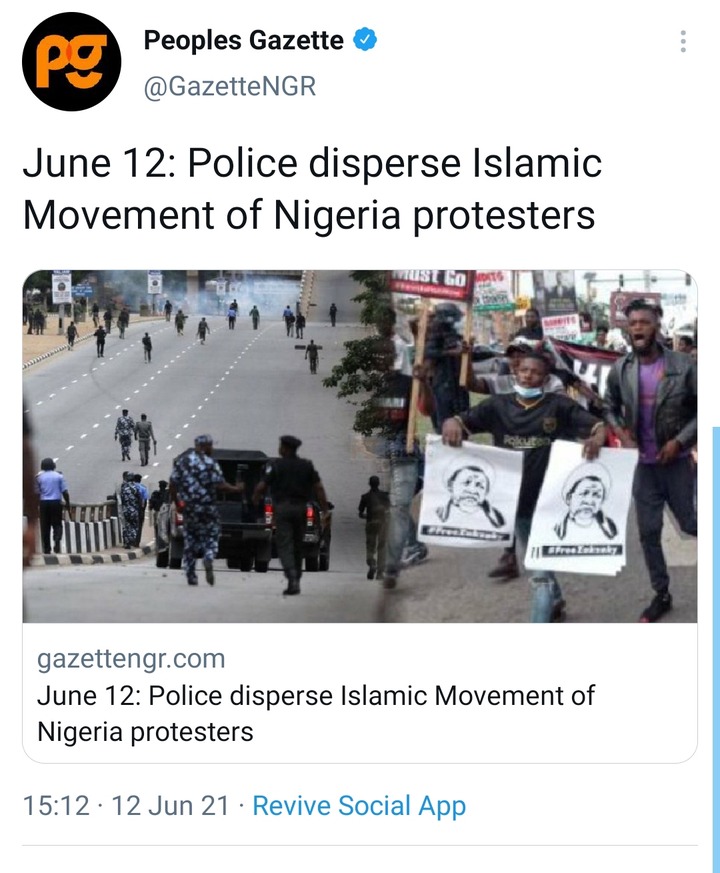 The operatives of the police command in the Federal Capital Territory (FCT) have chased away members of the proscribed Islamic Movement of Nigeria (IMN) protesters in the Apo-Gudu area of Abuja.

Mariam Yusuf, the command’s spokeswoman, disclosed this in a statement on Saturday in Abuja.

Ms Yusuf explained that the command had restored calm in the area, adding that the group and other protesters had targeted inciting public disturbance and breaching public peace.

She disclosed that the police did not arrest any of the protesters but that concerns of some agitated residents necessitated the action of the command.

We have no cattle grazing routes in Bayelsa, 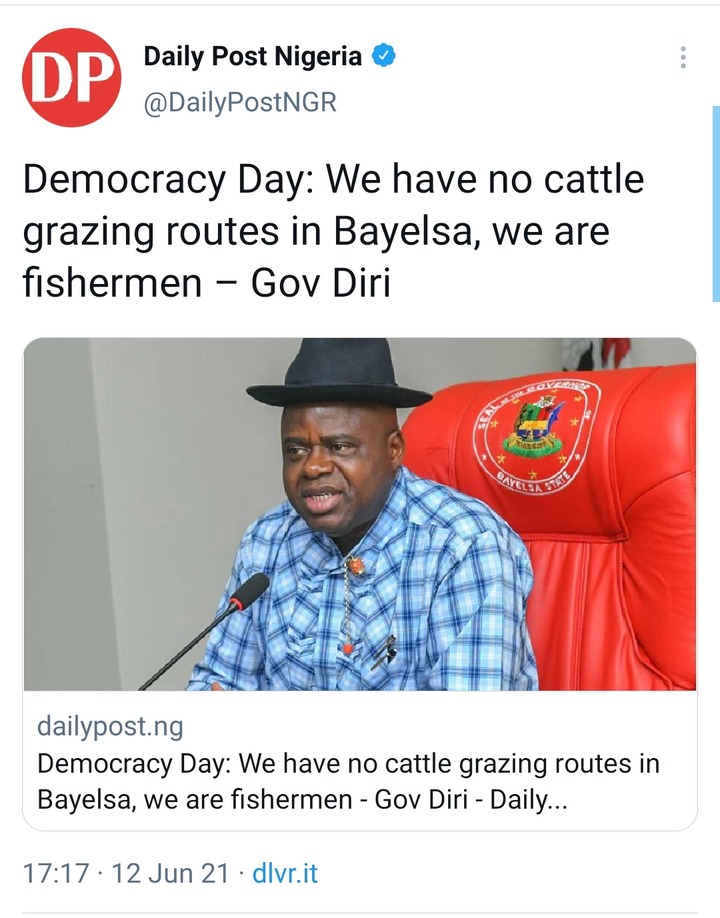 Bayelsa State Governor, Douye Diri has said there were no cattle grazing routes in Bayelsa, explaining that his people are predominantly farmers.

Governor Diri made the assertion while responding to questions on the President’s recent directive to revive cattle grazing routes across the country.

He spoke on Saturday in Yenagoa, during his maiden media chat as part of activities to commemorate this year’s Democracy Day celebration 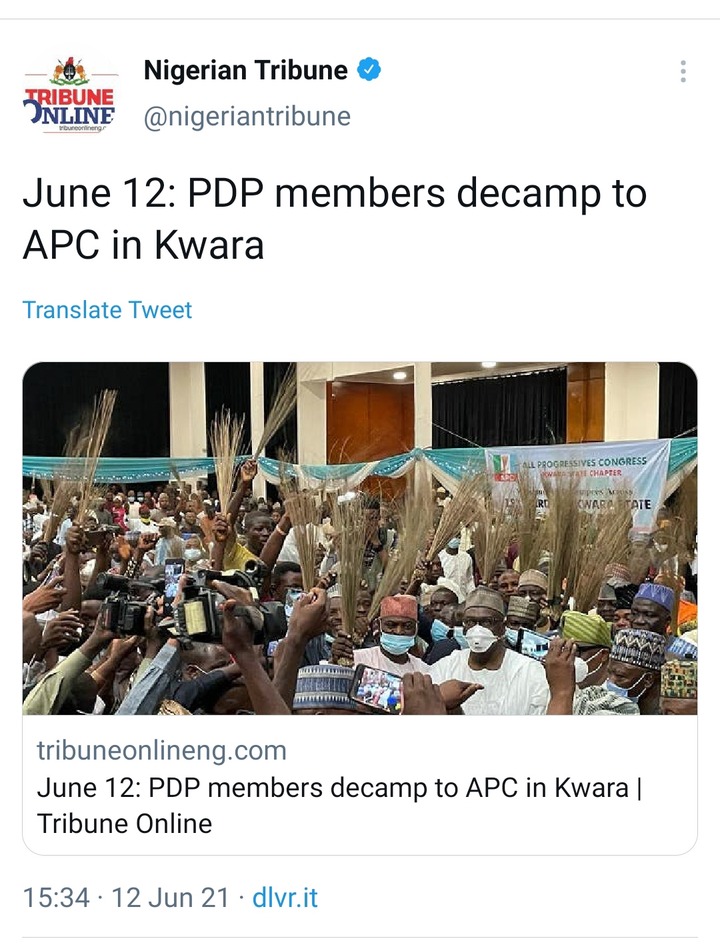 Governor Abdulrahman Abdulrazaq of Kwara State on Saturday welcomed thousands of members of the major opposition Peoples Democratic Party (PDP) to the fold of the ruling All Progressives Congress (APC) in the state.

The governor received the decampees at a ceremony organised to celebrate June 12 and Democracy Day in Ilorin.

The decampees included a former presidential candidate of the defunct Allied Congress Party of Nigeria (ACPN), Alhaji Ganiyu Galadima and 16 former local government chairmen in the state who were elected on the PDP’s platform. 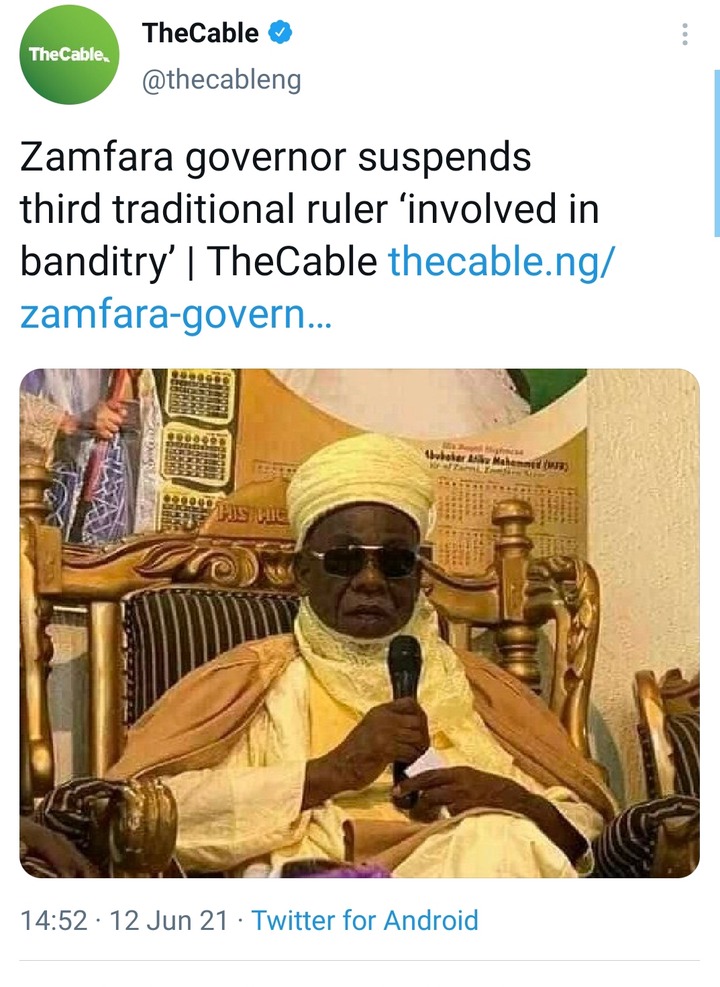 Bello Matawalle, governor of Zamfara, has approved the suspension of Atiku Abubakar, emir of Zurmi, over his alleged involvement in banditry.

The suspension came hours after the attack on Kadawa village in Zurmi LGA, where more than 90 persons were reportedly killed by bandits.

Kabiru Balarabe, acting secretary to the state government, said on Saturday that the governor has also set up a committee to investigate the traditional ruler’s alleged links with bandits.

One killed, another injured in Enugu Community 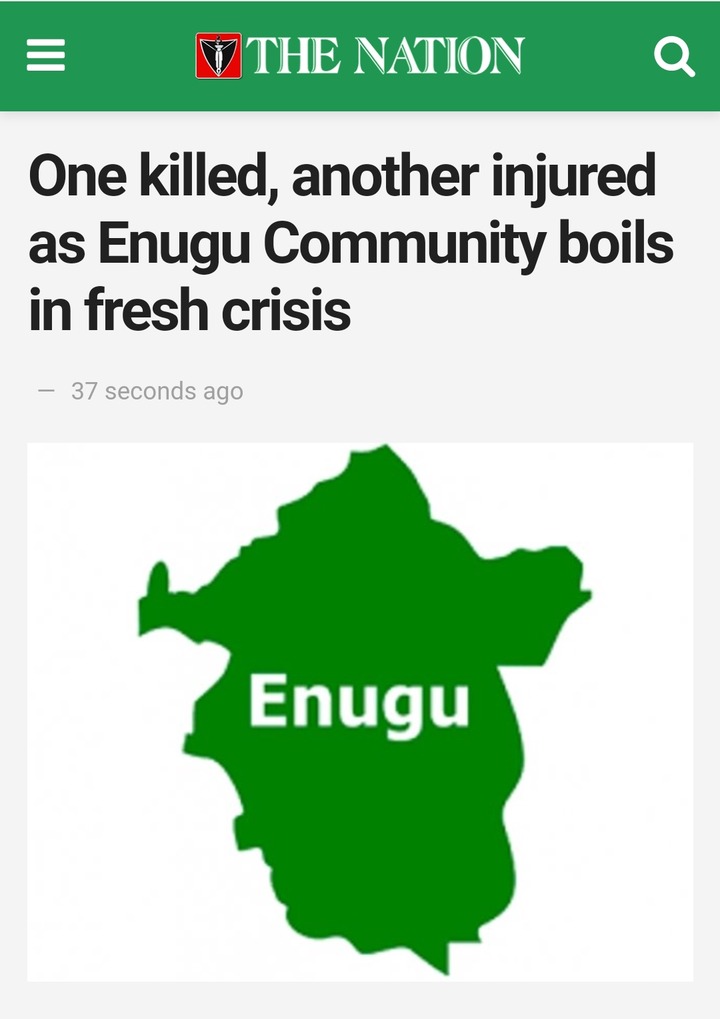 Oruku Community in Nkanu East Local Government Area of Enugu State was on Saturday morning thrown into another mourning as hoodlums terrorising the community reportedly killed a neighbourhood watch personnel and injured another.

The victim, Okey Ogbodo was said to have been shot and killed the early morning of Saturday, while he was patrolling the troubled community with other members of the vigilante group. 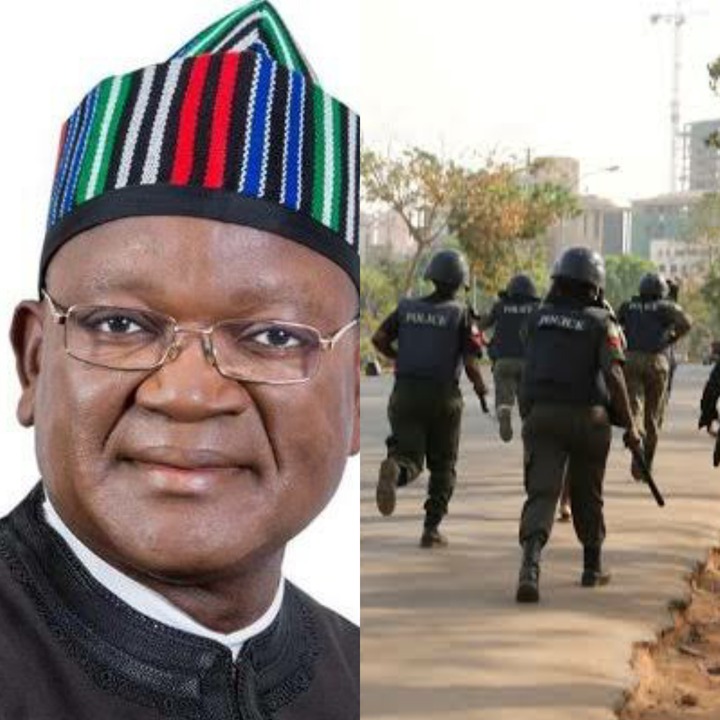