By Flashentertainment (self media writer) | 8 months ago 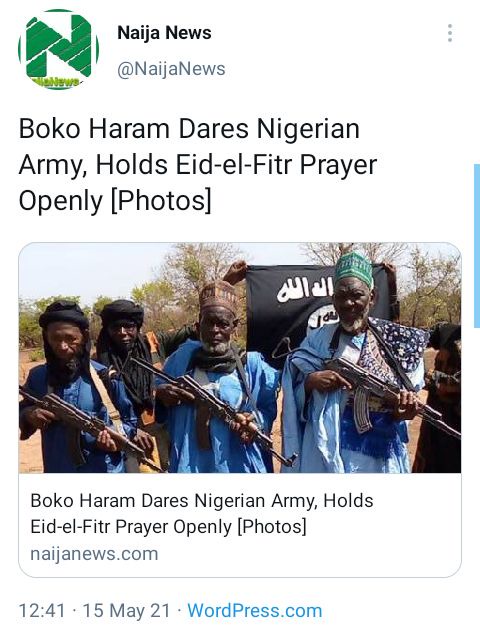 A faction of Boko Haram backed by the Islamic State (IS), the Islamic State West Africa Province (ISWAP), has released photographs of terrorists observing Eid-el-Fitr prayers at different locations in Nigeria territory.

Naija News reports that Eid-el-Fitr was celebrated by most Muslim faithful across the globe.

The insurgents formerly known as Jamā’at Ahl as-Sunnah lid-Da’wah wa’l-Jihād were seen in photographs obtained by SaharaReporters in about four groups praying together in open fields. 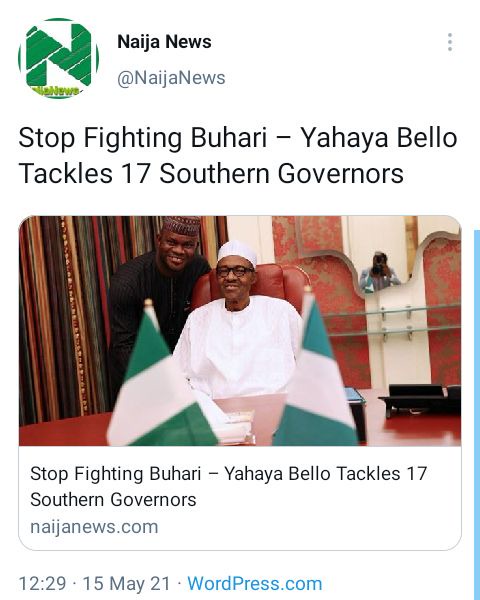 Governor Yahaya Bello of Kogi State has warned the Southern Governors against fighting President Muhammadu Buhari or only blaming the Federal Government for Nigeria’s woes.

Speaking while featuring on Channels Television’s ‘Politics Today’ programme, the Kogi governor said the failure of government is across board.

He warned the southern governors not to heat up the politiy with their misguided utterances.

“Let me caution each and every one of us, leaders across board including governors and all of the leaders across Nigeria that we should be careful about the words we use,” Yahaya Bello warned. 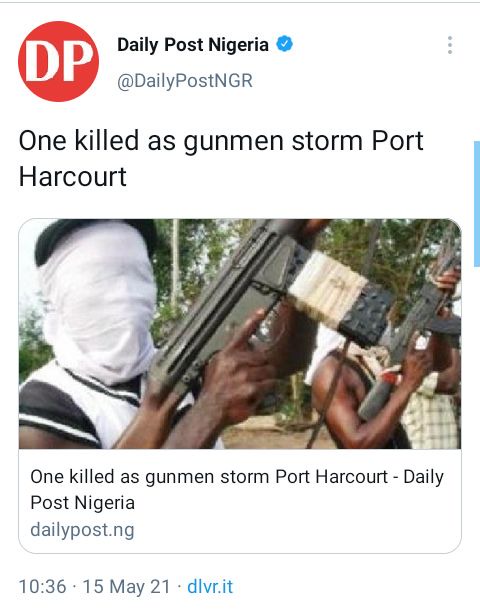 DAILY POST gathered that the sporadic shooting which happened on Friday lasted for an hour, leading to the death of a man identified as Obinna Chima Nwogbu.

Chima-Nwogbu who hailed from Rumuji community in Emohua Local Government Area of the state was hit by a bullet but was said not to be the target of the gunmen. 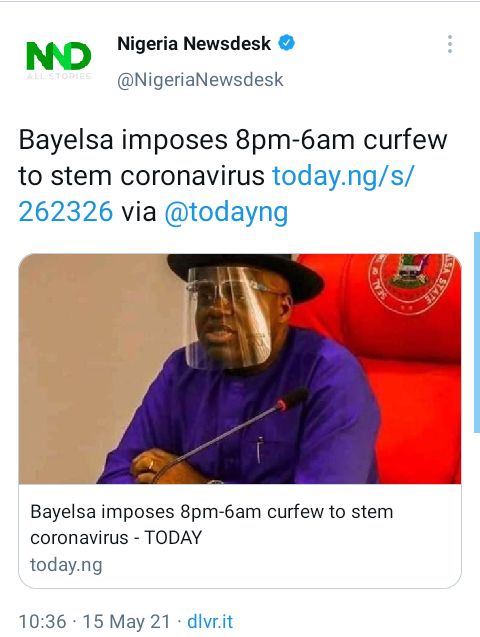 The Bayelsa State Government on Friday imposed a dusk-to-dawn curfew on the state as part of measures to prevent the spread of the surging trait of the new variants of COVID-19.

The curfew would last between the hours of 8pm and 6am daily.

This was announced in a statement on Friday signed by the Commissioner for Information, Orientation, and Strategy, Ayibaina Duba.

Duba said the curfew would take effect from Sunday, May 16, and would last until further notice.

The Presidency last night debunked a story making the rounds that the Independent Corrupt Practices and Other Related Offences Commission, ICPC declared a son-in-law to the President wanted over contract scam. It was alleged that the ICPC accused three persons of misappropriating $65million dollars and had declared the trio wanted.

One of those allegedly declared wanted and a purported son-in-law of President Muhammadu Buhari is Gimba Yau Kumo. 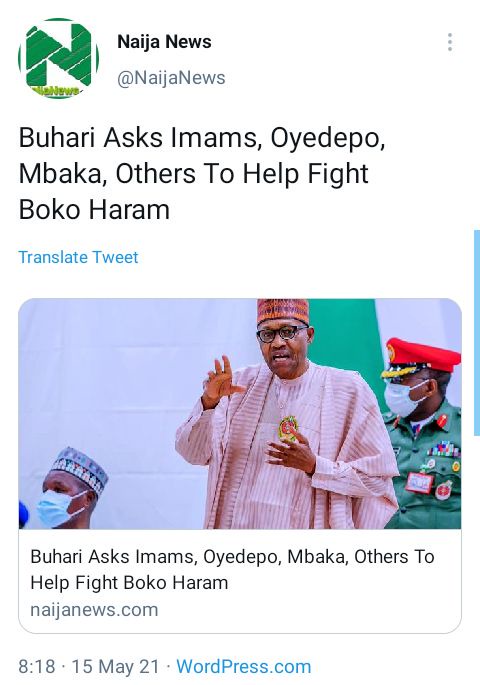 President Muhammadu Buhari has asked religious leaders of all faiths like Father Ejike Mbaka, David Oyedepo amongst others to unite and support the fight against terrorism.

Buhari made the call in a statement titled ‘President Buhari urges spiritual leaders to mobilise people of all faiths to fight crimes.’

According to his Senior Special Assistant on Media and Publicity, Garba Shehu, the President made this call while speaking on the telephone with the Sultan of Sokoto, Sa’ad Abubakar lll. 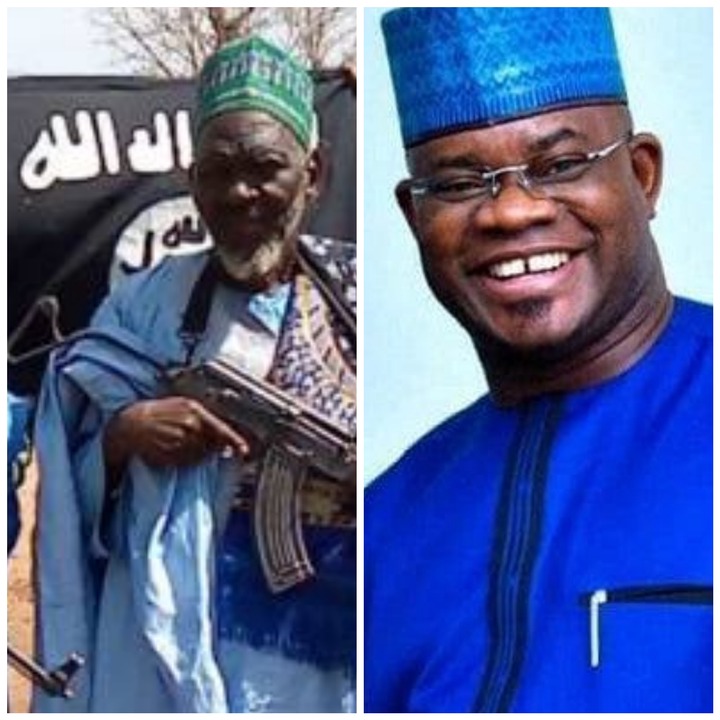