By Luviffy (self media writer) | 1 month ago

Yesterday, the 20th day of October, was a day to remember in Nigeria, as it marked one year that some youths lost their lives at the tollgate during the peaceful protest as a result of shooting by the security agents. 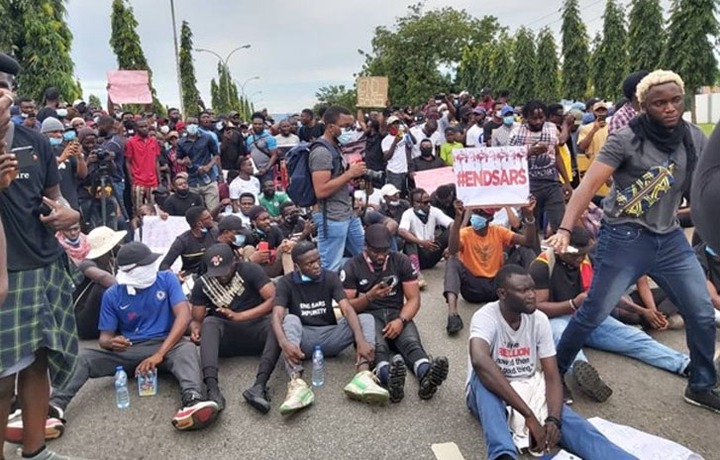 Despite the warnings by some State Government that there should not be any sort of protest to mark the one-year anniversary of the lost soul, people still came out to honor the victims of the Endsars protest by organizing a vehicular procession in their honor. 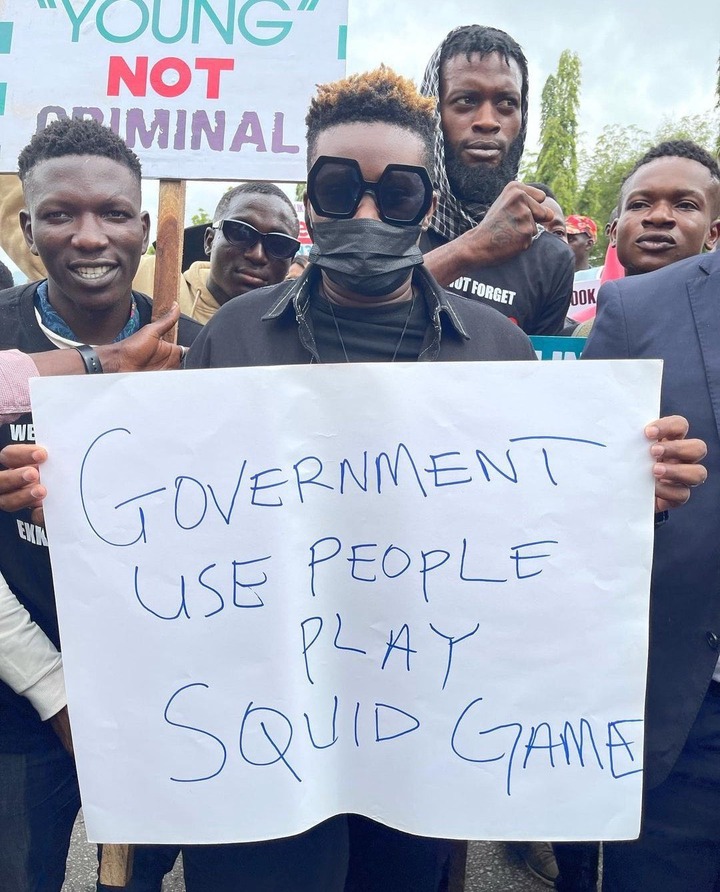 Scene from the procession.

Celebrities like Falz, Mr. Macaroni, and others joined in the parade and their grievances towards the government was that they refused to compensate the victims of the lekki tollgate massacre, and that families of the deceased were not being catered for. 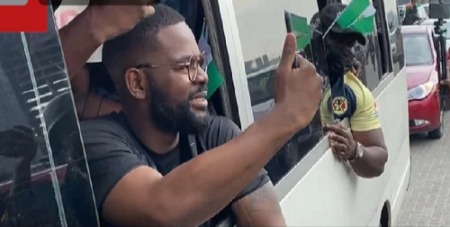 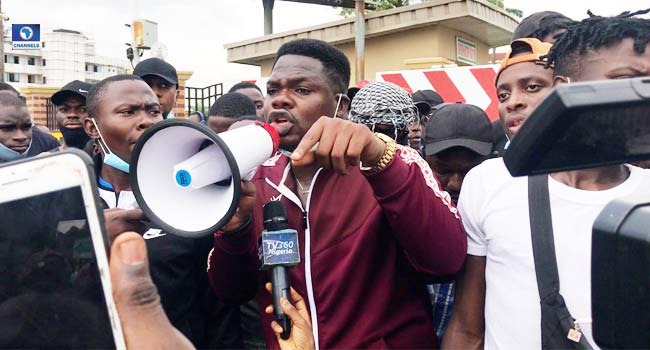 During the parade yesterday, it was recorded that some security operatives arrested people at the scene, while a British-Born journalist simply identified as Adefemi Akinsanya was seen in a viral video speaking, as a police officer was heard threatening to arrest her simply because the journalist was using a drone to record the ongoing protest there, and the police officers were also seen dragging the drone with the journalists.

In the same vein, there was an uploaded video at the scene of the procession yesterday, where a taxi driver was pepper sprayed by security operatives at the Lekki tollgate, as they tried to force him into a black Maria. 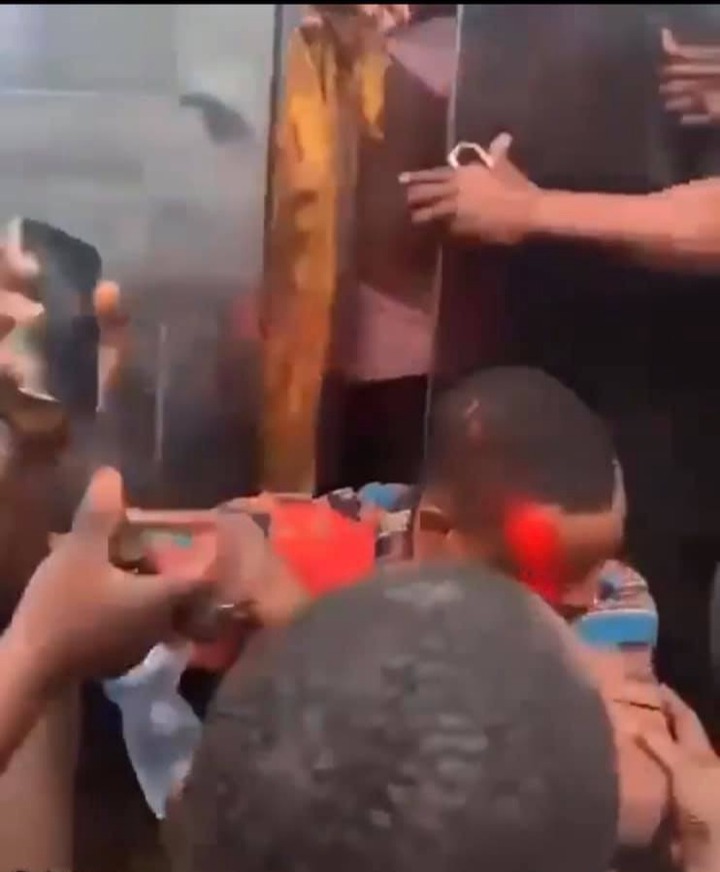 However, it is pertinent to note that the main reason why the Youths staged the peaceful protest last year was simply to let their voices out to the government to end police brutality, harassment, extortion and also to end corruption & bad governance. But sadly, it was hijacked by miscreants and hooligans, who seized the opportunity to carry out their unlawful activities.

At this stage, the security operatives need to be more professional in handling their work/ duties, especially when it comes to dealing with civilians. A repeat of the harassment at the lekki tollgate, which happened yesterday, is really saddening to watch, as the right of the common people and also the freedom of the press was being trampled upon. 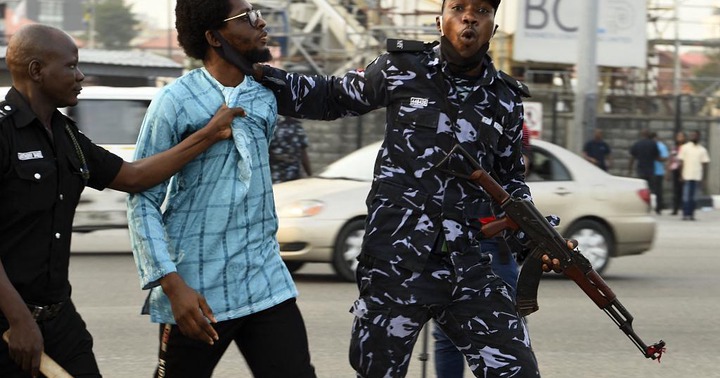 The view of the International bodies about the security operatives in Nigeria on seeing the way some people are being handled during the end SARS memorial parade yesterday and may not speak well about the reputation of the Security Agencies.

My Opinion is that they should be well-trained on how to handle similar situations like this without having to cause chaos or harass innocent people. 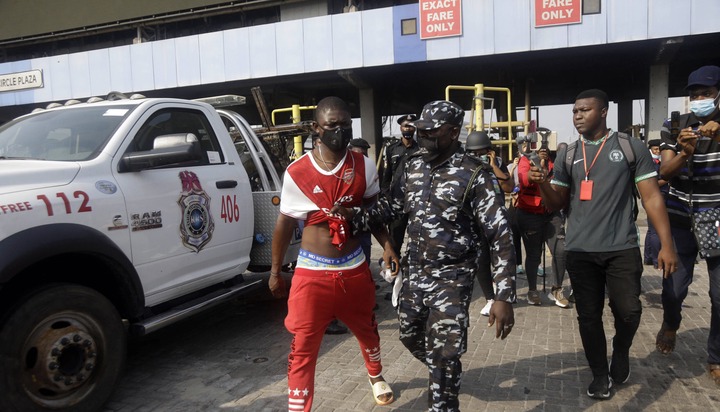 Again, another way to handle the situation and prevent another protest is that the government should listen to the cries of the people and compensate the victims of the Endsars accordingly. Then the families of those that lost their lives should be rewarded accordingly so that they will know that their loved ones didn't just die in vain.