Through the effort of feminists, women are no longer perceived as being good only for contemporary things like the kitchen or other domesticated routine. They have been liberated from the shackles that held them bound to their homes, and are gradually and steadily contributing their quota to the development of the society. 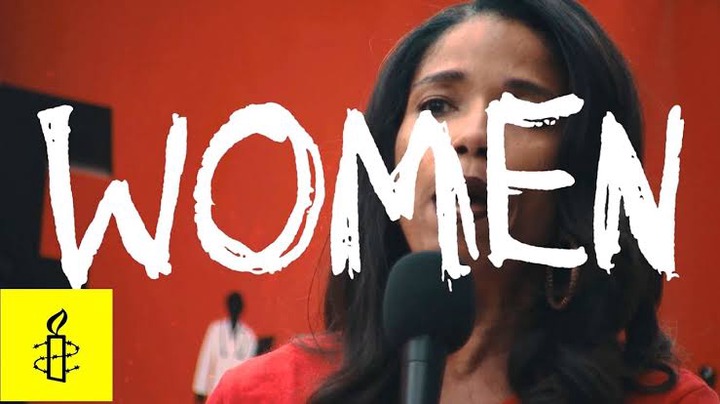 Feminism as a movement is aimed at emancipating the female gender, according to her equal right with the male counterpart. It has become a global phenomenon with Nigerian women not taking a back seat. Nigeria as a nation has witnessed the rise of notable, fearless and courageous women who have championed the course of the female sex and have stood up for a different course at different times via various struggles.

The issues centered on feminism in Nigeria are coming to the forefront with women seeking to be accorded their rightful place in the society. This agitation stems from the heels of neglect and non-inclusion by their male counterpart, society and government.

Furthermore, an adventure into Nigerian feminism history will serve as a pointer to the exploits of women who were rulers, warrior-queens and spiritual leaders of their communities. Within the three principal ethnic minorities in Nigeria, which are Yoruba, Hausa and Ibo, the pivotal role of women in the political process had always been recognized.

At a point in history, in a particular kingdom in the Hausa tribe called Daura, the ruler of Daura was a woman with the traditional title Magajiya. This particular Queen of Daura was believed to have descended from a long line of female rulers and later transferred power to Abuyazid, a prince of Baghdad who eventually married her. It is, however, on record that the Magajiya continued to exercise considerable authority in the administration of Daura despite the transfer of power to Abuyazid.

Other notable female folks who had control over their territory include Magira Aisa Kili (Queen Mother), the Magaram (official elder sister of the ruler) and the Gumsu, who wielded enormous influence in the Sefuwa dynasty. Queen Amina of Zazzau (Zaria) assumed power before the 19th century Jihad under a rather unique system in which the Sarki (King) was open to both men and women.

In the Yoruba land, women were equally active, though not rulers; Yoruba women played relevant roles in the development of their society. The titles such as Iyalode (leader of women), Iya Aafin(Queen Mother), Olori (Oba’s wife) and Erelu (member of the decision making body) gave powerful and political functional roles to women. Moremi, Madam Tinubu, Emotan of the Bini Kingdom are worthy of mention.

While in the Eastern part of the Nigeria the Umu Ada (Queen Mothers) virtually controlled the market affairs under a unique Republican political system, which allowed them to express their feelings on burning issues.

According to Jacobs (1999), in some cultures, predominantly found in the northern part of Nigeria, the archaic belief that the girl child should not be educated as compared to the male counterpart further relinquishes the female gender to the background,, making it difficult for them to come to self-awareness and reducing their capability to build competence in critical areas in the society.

The contemporary Nigerian woman, despite the liberation from colonialism, did not improve their plight; women are still marginalized politically and economically.

Modern Nigeria is a patriarchal society. Men are dominant over women in virtually all areas. While Nigeria is a signatory to the international Convention on Equality for Women, it means little to the average Nigerian woman. Women still have fewer legal rights than men.

However, women can exercise influence in some areas. For example, in the most ethnic groups, mothers and sisters have a great say in the lives of their sons and brothers, respectively.

Furthermore, the practice in some religions does not give the woman the opportunity to aspire to lead, as she is not expected to lead or oversee men in the place of worship.

For example, in the orthodox church like Catholic, Reverend Sister is not allowed to preach or lead a mass service, these duties is left exclusively for the men, likewise in Islam, can never do “call to prayer” or lead in the prayer session proper, this are also assumed to be the exclusive duties of the male, preferably an Imam, and women cannot be an Imam.

Also, women in traditional setting across the three dominant tribes in contemporary time only install men as Kings, Obas, Obis, Emirs, Sultans etc. The leadership position traditionally is occupied by a male and not a female.

These religious views further compound the problems faced by women as they lack representation when matters that concern them are decided.