By DukeOfUface (self media writer) | 1 month ago

As you may have heard, the treason and terrorism trials of Nnamdi Kanu, the leader of the proscribed Indigenous People of Biafra (IPOB), and its armed unit, Eastern Security Network (ESN) slated to hold at a High Court in the Nation's capital, Abuja today the 21st of October 2021 have come and gone.

However, there are certain changes noticed about the leader of the proscribed group that may interest you. Check out three of these changes below: 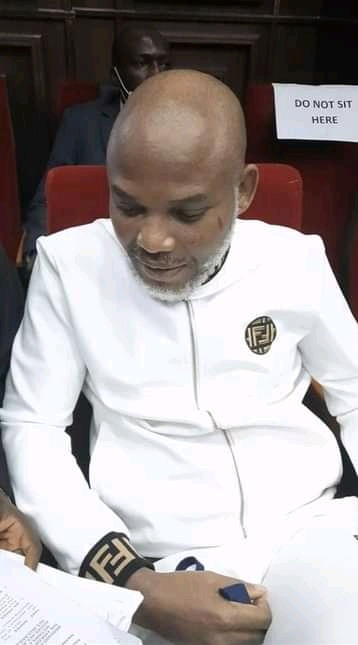 1. The color of his cloth: one of the things noticed on the IPOB/ESN leader at the court is that he was still putting on the same cloth he wore on the day he was brought to court briefly after his arrest but the color is changing rapidly.

The alleged expensive Fendi suite looks creamy the other day but today, it appears to have faded away. The color is gradually turning to white from what it used to be.

2. No handcuff today: another thing noticed at the court as shown in the pictures from the trial is that Nnamdi Kanu was not on handcuff. This is a change because his previous photos that went viral after his arrest showed how he was handcuffed by the security agents.

3. He looks happily today: unlike his previous appearance in the court where he appeared sober with a sad face, the IPOB/ESN founder look happily and was in suspected cheering mode in the court today. The photos shot at the court today and made available on social media handles revealed these facts.

These are some of the changes seen on Nnamdi Kanu during his trial today in Abuja. 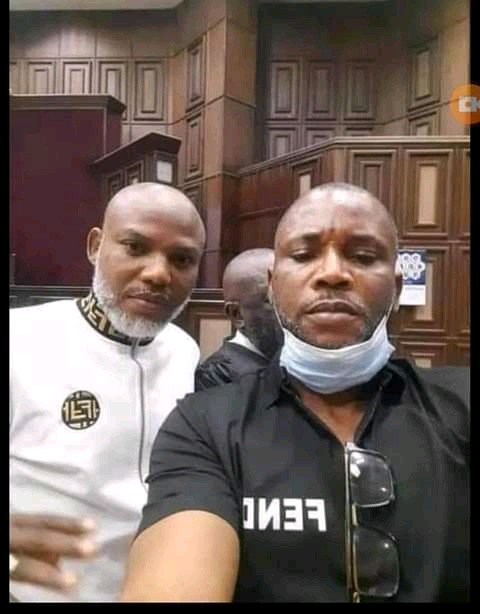 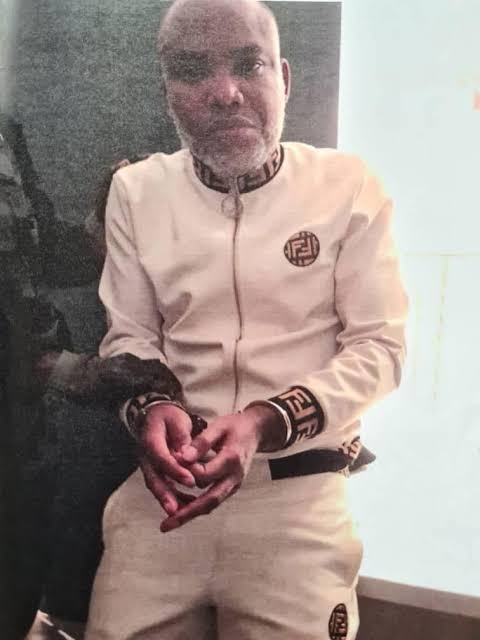 Note: after he pleaded guilty to the seven-count charges brought against him by the Federal Government, the court adjourned the case to the 10th of September 2021 for hearing.

The court also refused his transfer request. He had through his lawyers, requested to be transferred to a Correctional Facility (Prison) but the court says, the custody of the DSS is still okay for him. 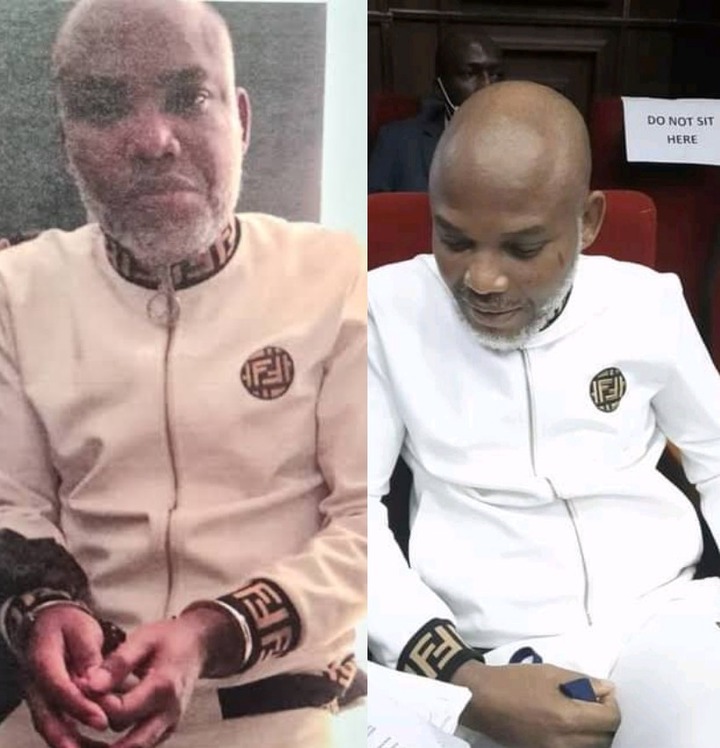 Air your view about these noticed changes in the comment box provided below. Thanks for sticking around!

Content created and supplied by: DukeOfUface (via Opera News )