By Nextheight (self media writer) | 7 months ago

Last year, the death of George Floyd sparked a worldwide outcry, which began with #Black Lives Matter and evolved into #Say No to Police Brutality. The cop that killed him had since been arrested and now justice has been served. 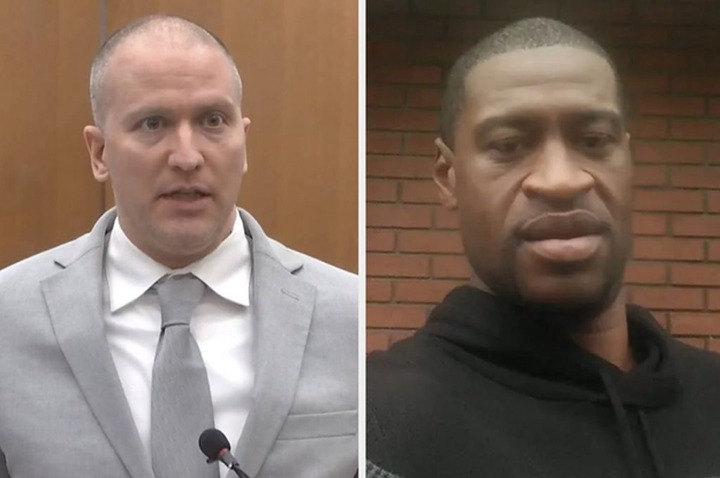 Derek Chauvin, a former cop, was convicted to 22 and a half years (270 months) in jail for the death of George Floyd.

“The punishment is not based on compassion or sympathy,” Hennepin Court Judge Peter Cahill stated in his judgement on Friday, according to CNN, “but I want to recognize the suffering the families are experiencing, especially George Floyd's.” 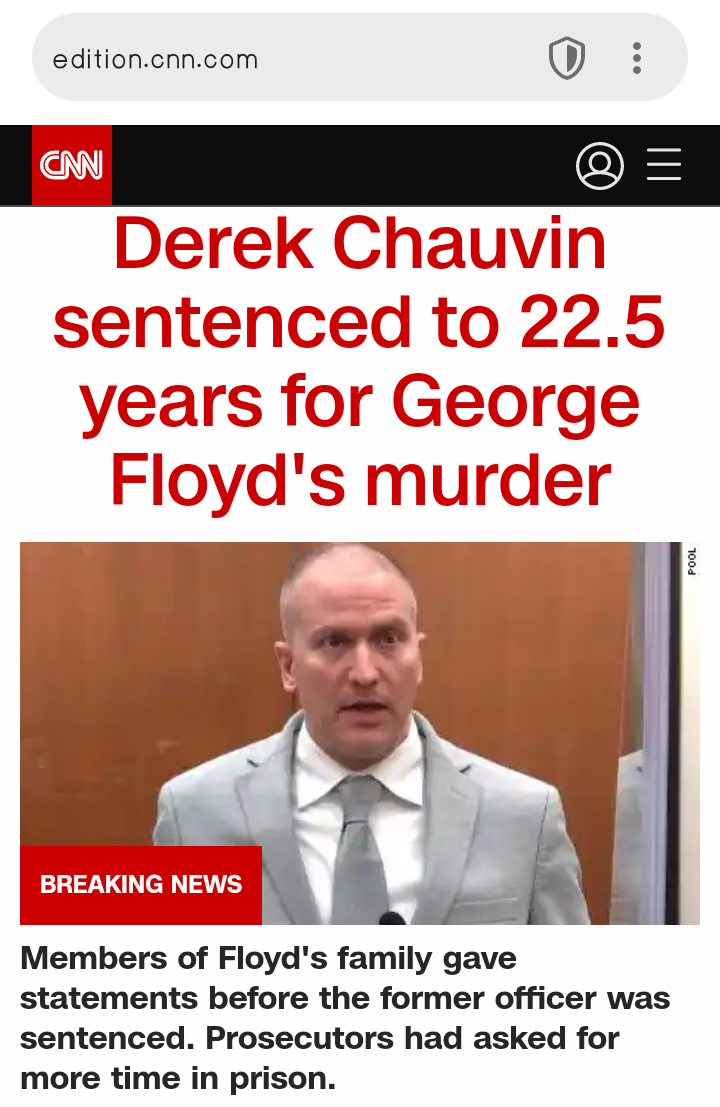 “I am not resting my punishment on popular sentiment; the trial court's responsibility is to enforce the law,” the judge stated.

This comes after Minnesota Deputy Attorney General Matthew Frank requested that Chauvin be sentenced to 360 months in prison (30 years).

Remember that Floyd, a defenseless 46-year-old man, killed in the hands of Derek Chauvin, a White Minneapolis policeman, on May 25, 2020.

Chauvin, was seen kneeling on Floyd's neck in the famous video, was accused with third-degree manslaughter and murder, charges that some blacks and demonstrators say are too light for the crime.

The accusations against Chauvin were then elevated to second-degree murder, and new charges were brought against the other three police involved, according to Minnesota Attorney General Keith Ellison.