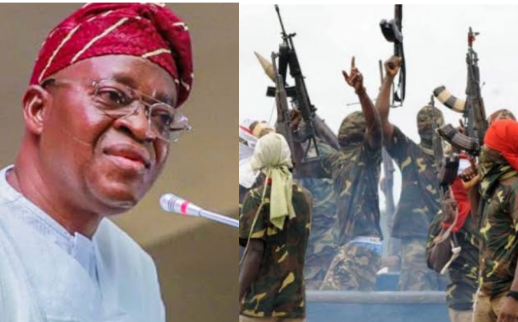 Pensioners, under the aegis of Contributory Pension Scheme, in Osun state on Thursday thronged streets in the state capital to protest against the inadequate payment of pension. 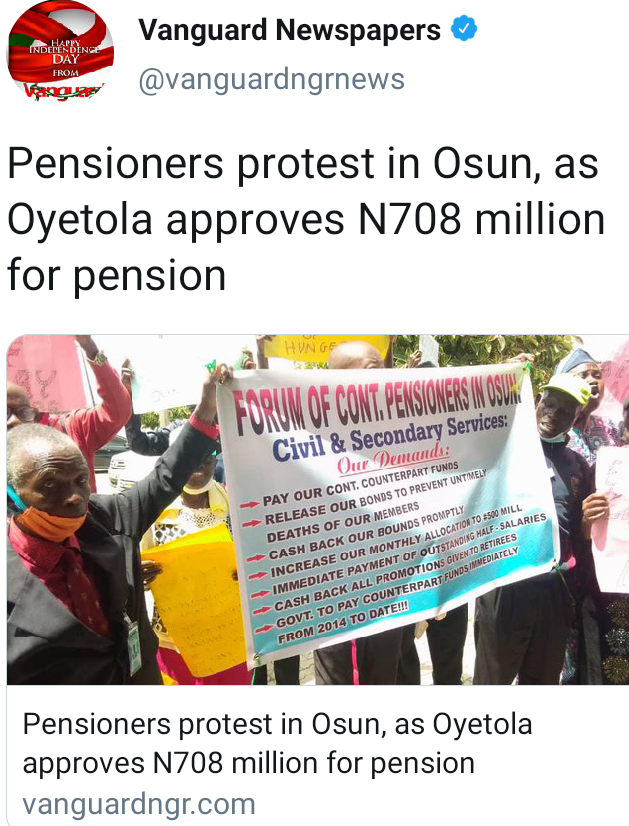 The pensioners converged at the Freedom Park at Old-Garage, moved through Alekunwodo to Ogo-Oluwa and terminated the procession at the House of Assembly. 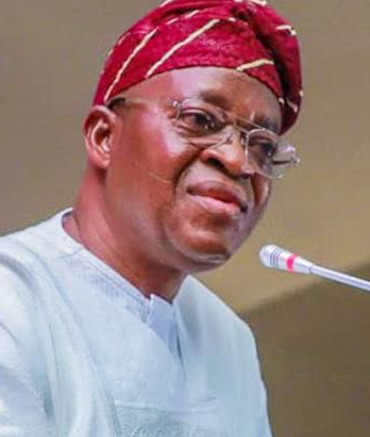 They also bear a banner with the inscription; Forum of Contributory Pensioners in Osun, Civil and Secondary Schools Service; “Pay our contributory pension fund”, “Release our bond to prevent the untimely death of members”, “Cashback our bonds promptly”, Increase our monthly allocation to N500million”, etc.

Unidentified gunmen, Thursday, at about 3:15 pm attacked the convoy of Honourable Chris Azubogu, the member representing Nnewi North/Nnewi South and Ekwusigo Federal Constituency, killing one of his drivers. 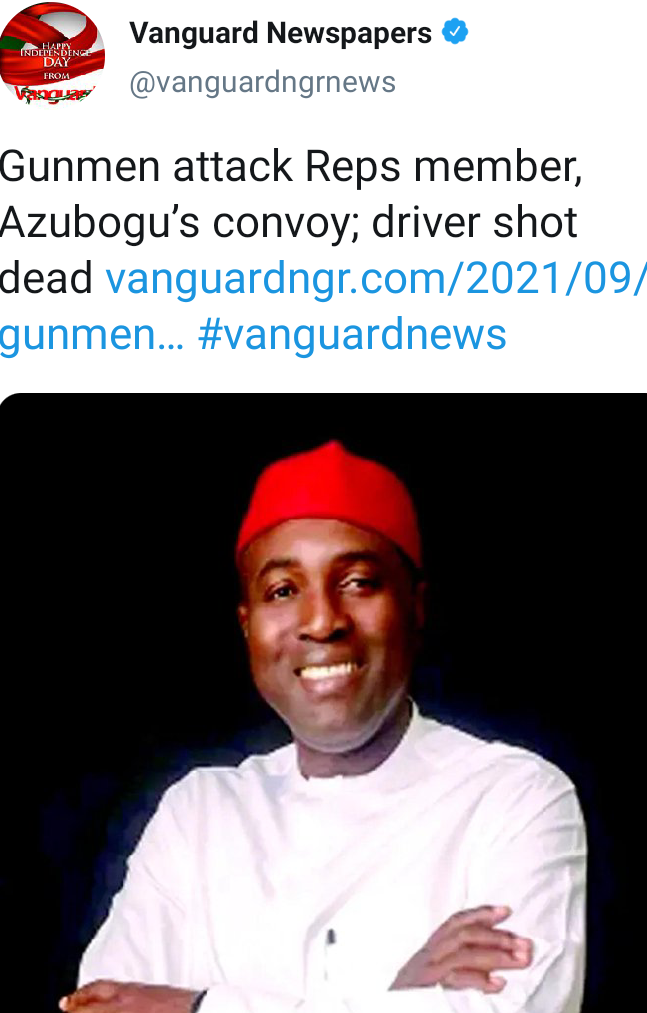 Vanguard gathered from an eye witness that the gunmen were driving in two Sienna vehicles and one Lexus jeep. 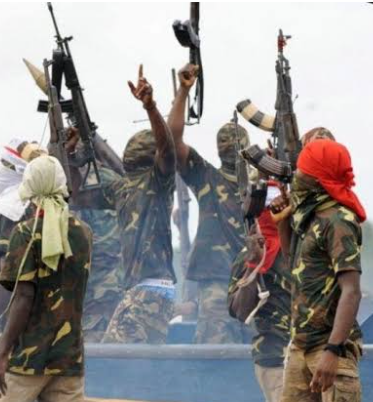 Hon. Azubogu was attacked on Nnewi–Nnobi Road on his way back to Nnewi from Awka after his formal declaration for the All Progressives Congress, APC, according to Vanguard source. 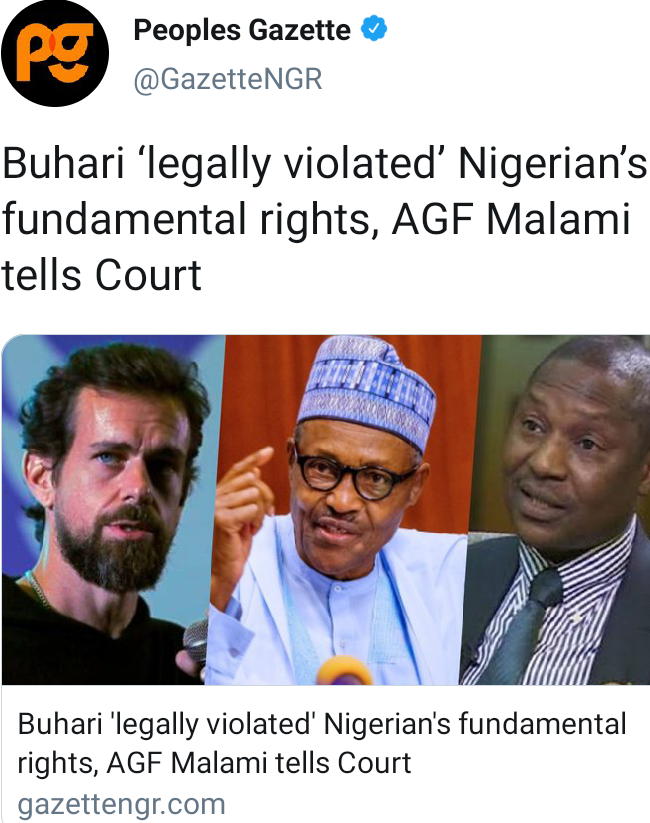 This is contained in court documents seen by Peoples Gazette.

Days after the Buhari regime banned Twitter operations in June, human rights organisations and journalists including Peoples Gazette and Amnesty International, in a consolidated lawsuit alleged a breach of the freedom of expression and association.

The Deji of Akure, Oba Ogunlade Aladetoyinbo, has ordered the shut down of commercial activities within Akure, the Ondo State capital on Friday. 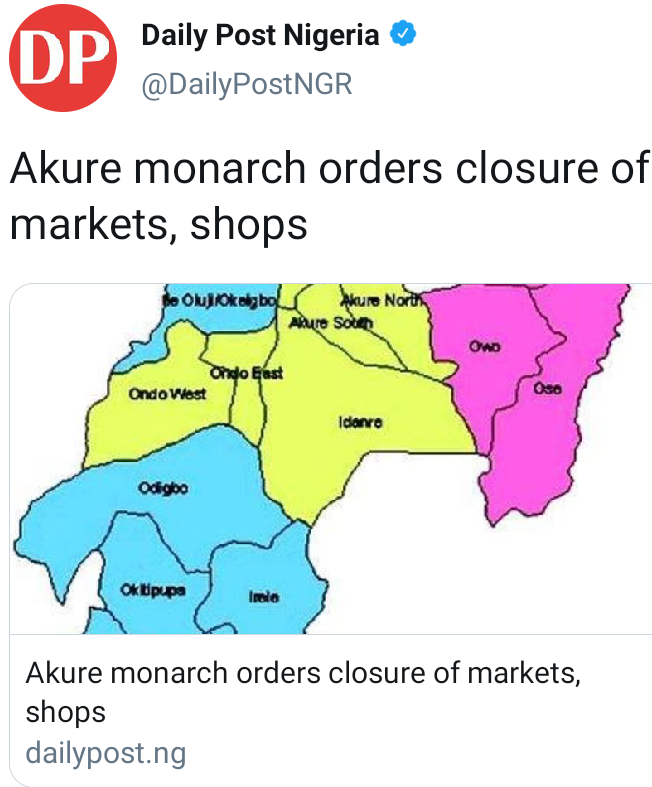 The directive by the monarch that markets and businesses in Akure be shut down was made in order to honour the late House of Representatives member representing Akure North/Akure South in the Natonal Assembly, Omolafe Adedayo, popularly known as ‘Expensive’

The lawmaker who was a former Chairman of Akure South Local Government Area of the State gave up the ghost in the early hours of August 16, 2021, after returning from his farm. https://dailypost.ng/2021/08/16/reps-member-adedayo-omolafe-is-dead/

friends, associates and family will pay their last respect.

Nigeria’s military said Thursday it carried out a “precise and professionally executed” air strike on a jihadist camp in the Lake Chad area where locals and security sources said 20 fishermen were killed this week. 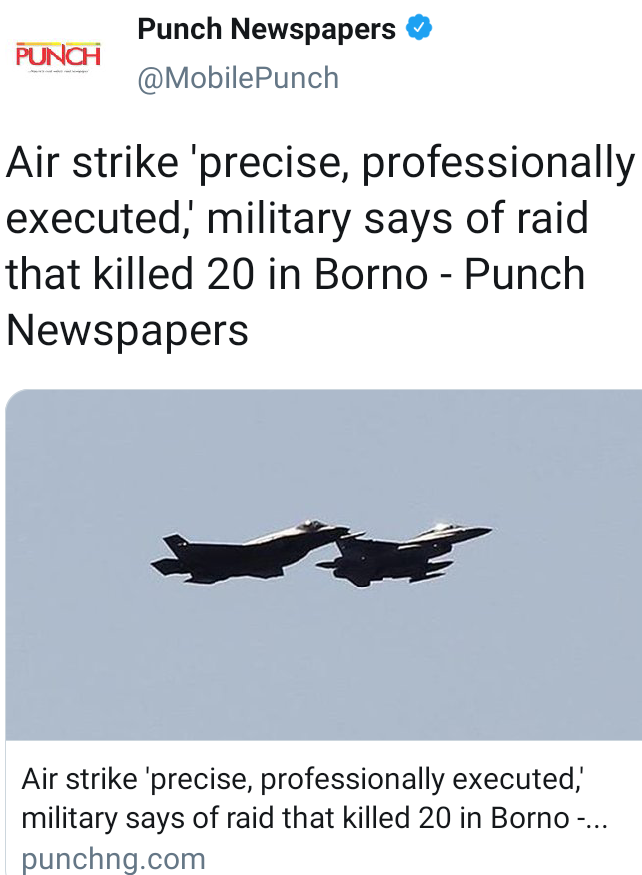 The fishermen were killed in the bombardment on Sunday on Daban Masara in Lake Chad, which straddles Nigeria and neighbouring Niger, Chad and Cameroon, according to local fishermen and security sources.

The area is a known bastion for the Islamic State West Africa Province, one of the jihadist forces fighting in Nigeria’s 12-year Islamist insurgency in the northeast.