By Newsvib.com (self meida writer) | 13 days

Governor Nasir Ahmad El-Rufai has gained social media attention after he mocked the protest staged by Reno Omokri in the United Kingdom. Recall that the Kaduna State Governor claimed that the protest was attended by only five persons. 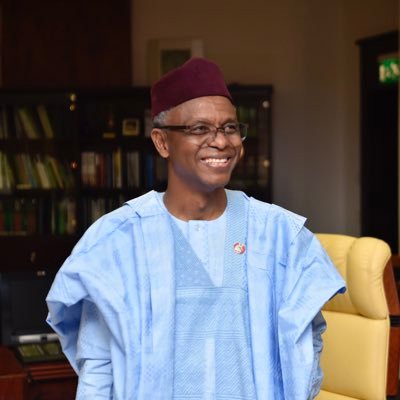 Ever since he made that statement, Nigerians have been dragging him mercilessly online. Those who reacted advised the Governor to focus more on the kidnap happening daily in his state rather than commenting on a protest aimed at establishing good governance.

Not long ago, an economist known as Steve Hanke took to his Twitter account and dropped a statement for Governor Nasir Ahmad El-Rufai. Sharing his tweet, Steve said that the Governor is sowing misinformation.

Steve stated that El-Rufai claimed nobody attended the protests staged by Reno, even when hard evidence suggests otherwise. He further revealed that Governor El-Rufai is trying to run cover for Sleepy president Buhari's inexcusable silence.

@elrufai, the Governor of Nigeria's Kaduna State, is sowing misinformation. He claims that "nobody" attended the #HarassBuhariOutOfLondon protests when hard evidence suggests otherwise. El-Rufai is trying to run cover for Sleepy @MBuhari's inexcusable silence @renoomokri. 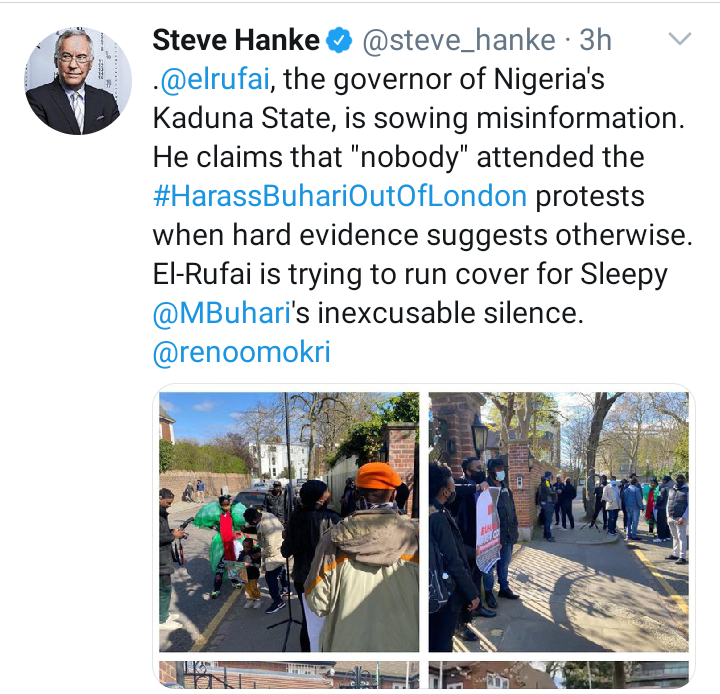 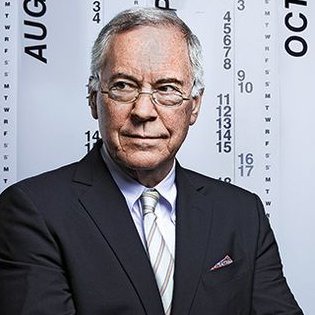 The tweet dropped by Steve Hanke gained the attention of Nigerians who came across it. Those who commented thanked Steve for being the voice of the voiceless. See more reactions below. 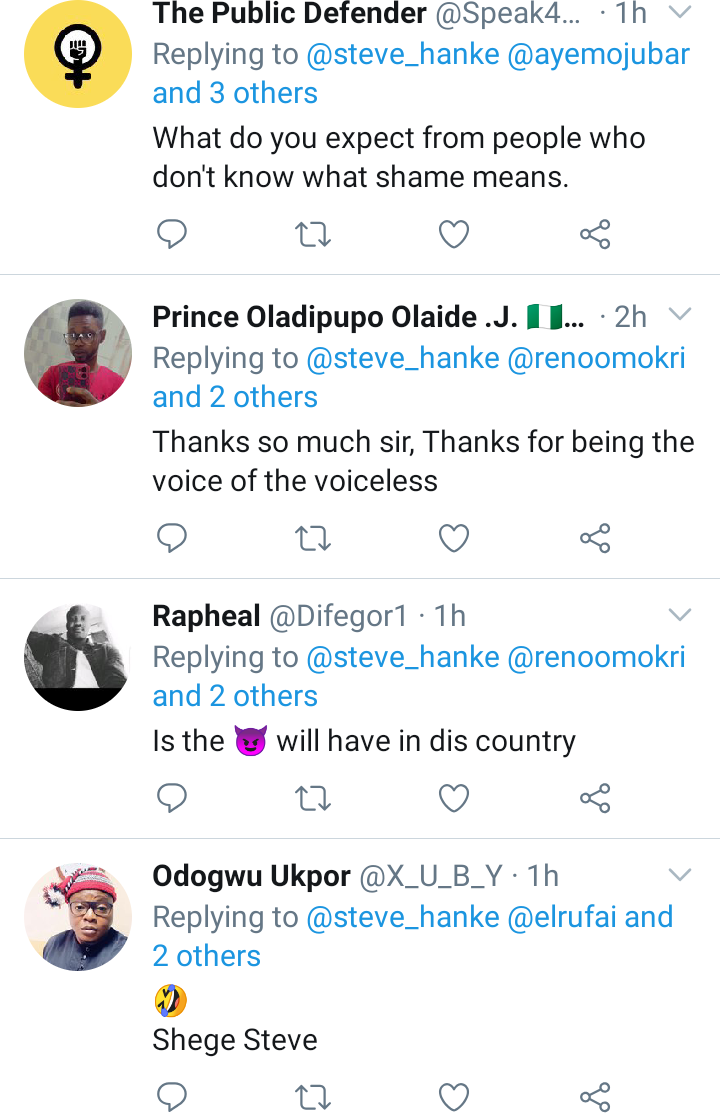 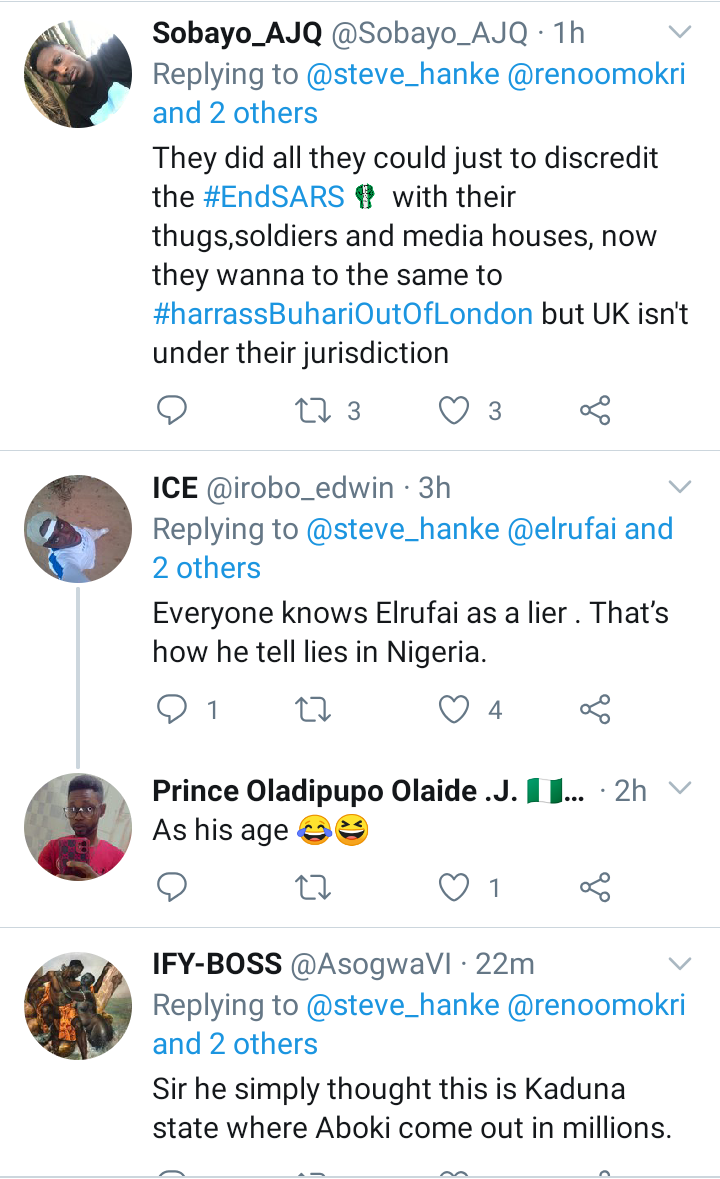 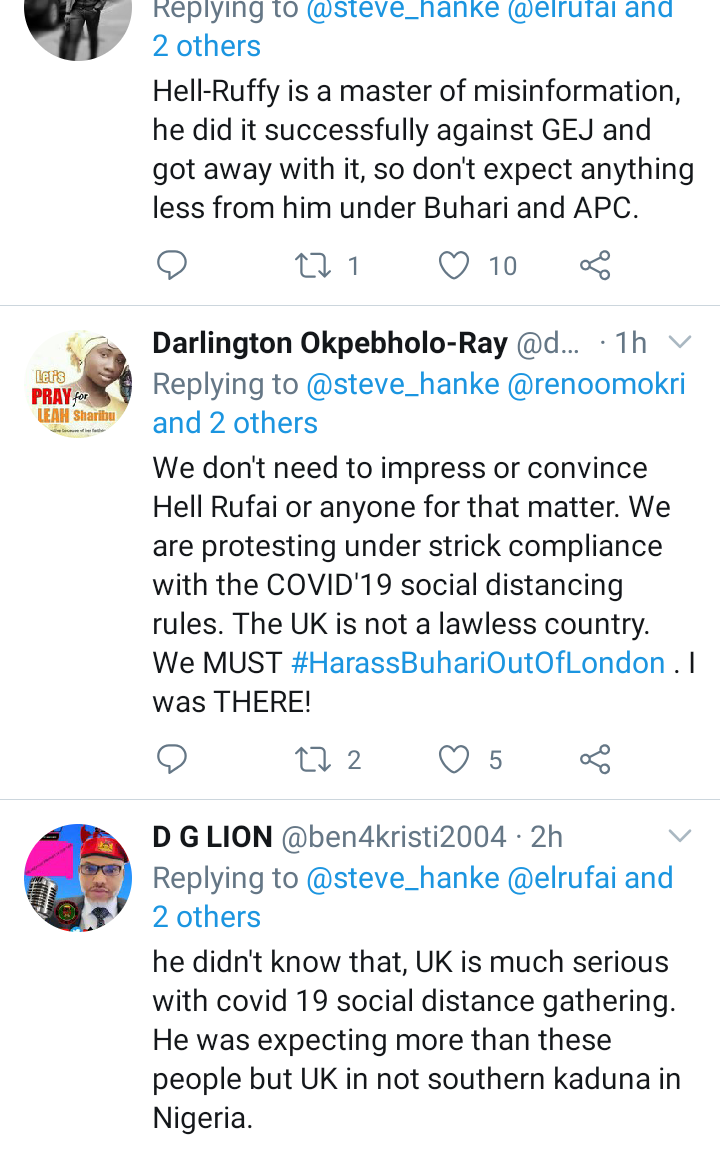 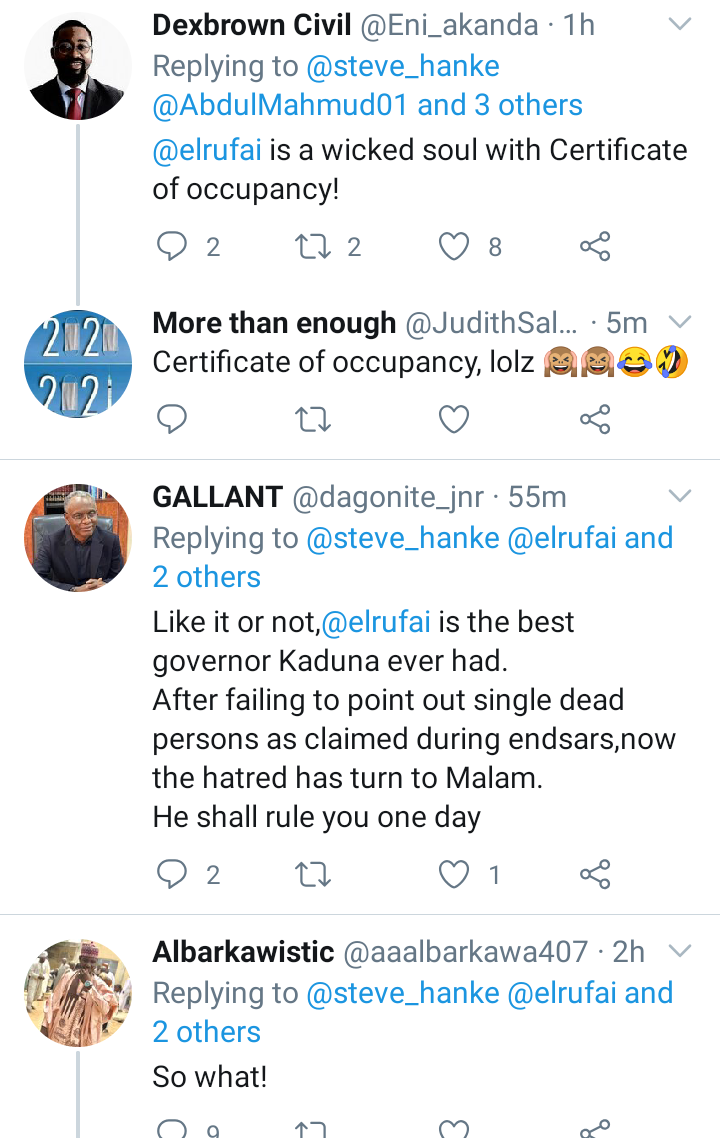 Do you agree with Steve Hanke that Governor Nasir Ahmad El-Rufai is trying to run cover for Sleepy president Buhari's inexcusable silence? Kindly use the comment box and air your views. 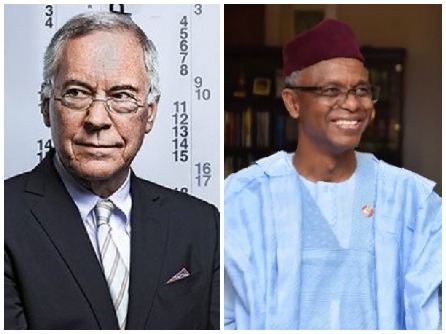 Between Sasha Banks And Becky Lynch, Which Wrestler Is More Pretty

Check Out 10 Movie Celebrities Pictures Before They Were Famous.

Some of the slowest animals on earth

Teams that are expected to win this weekend

Adventure games that you cannot afford to miss

Opinion: Top 10 Most Beautiful Women In The World.