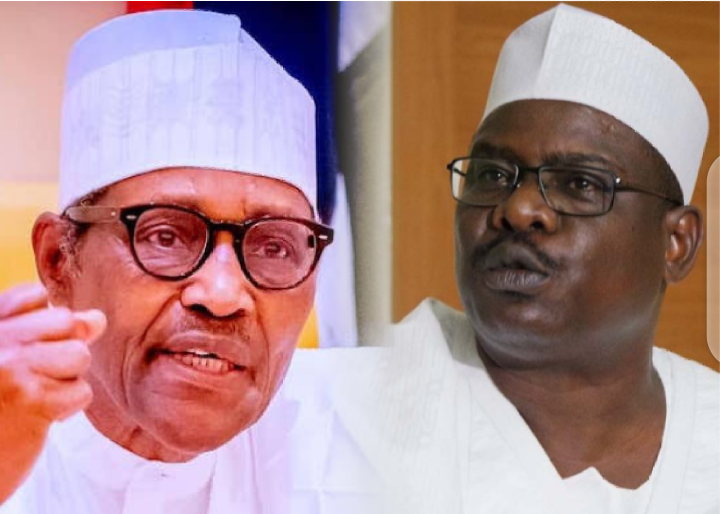 Buhari appeals for peace in Ethiopia

President Muhammadu Buhari Monday in Addis Ababa, called for peace and stability in Ethiopia, amid the many challenges facing the East African country. 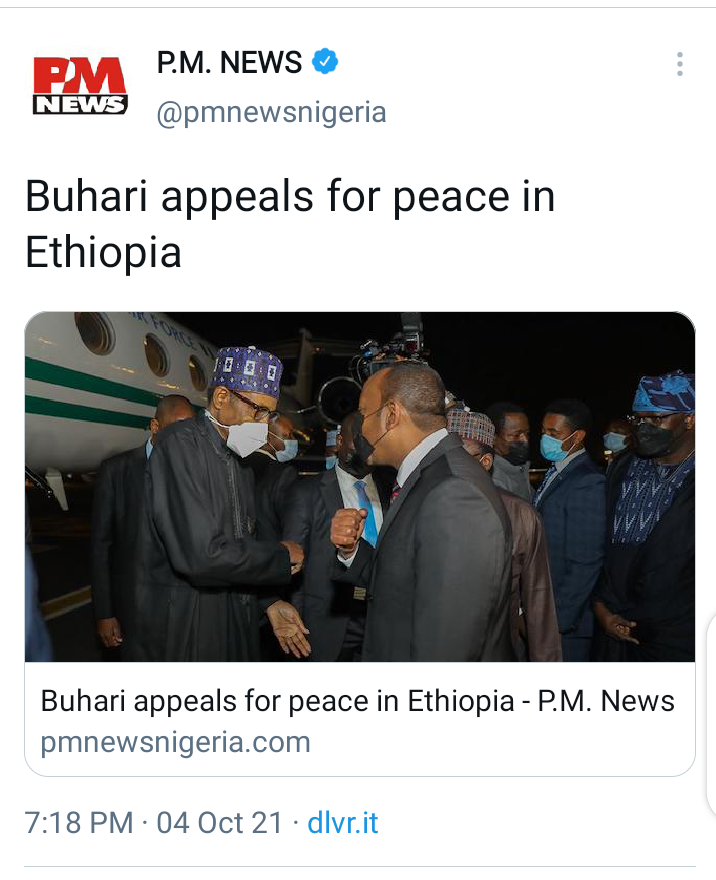 In his goodwill message at the inauguration ceremony of Prime Minister Abiy Ahmed for a second-five year term in office, the President pledged that Nigeria would continue to support the unity and territorial integrity of Ethiopia.

”We are well aware of the many challenges facing the people of the Federal Democratic Republic of Ethiopia, and we encourage all parties to come together in the interest of the unity, progress and wellbeing of Ethiopia.

In a recent report, a Federal High Court, Abuja, on Monday, dismissed the application filed by Sen. Ali Ndume, seeking an order to discharge him as Abdulrasheed Maina’s surety after he jumped bail. 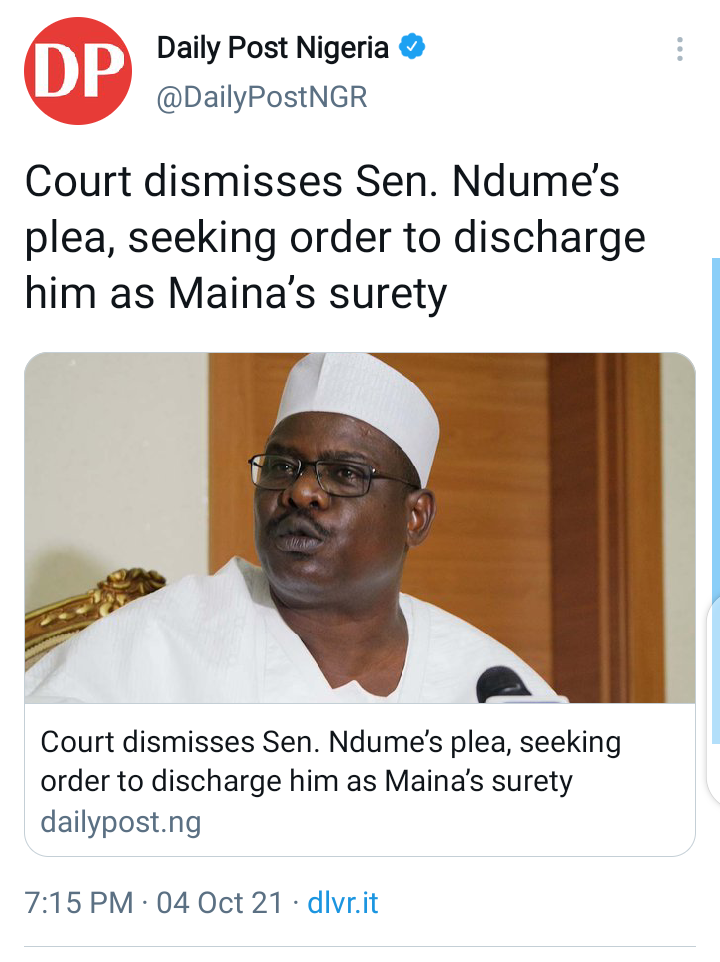 Justice Okon Abang, in a ruling, said that the application filed by Ndume amounted to an abuse of court process, having filed an appeal before the Court of Appeal, Abuja, on the same matter.

Maina, chairman, defunct Pension Reformed Task Team (PRTT), had, around September 2020, jumped bail after he was released from Kuje Correctional Service Centre on July 27, nine months after he was arraigned.

On Monday in Abuja, the Supreme Court of Nigeria reserved judgement in a suit filed by the governors of 36 states seeking an order from the apex court compelling the federal government to fund capital projects for state High Courts, Sharia Courts of Appeal, and Customary Courts of Appeal.

In their suit, the governors also urged the apex court to order the federal government to pay them N66 billion, which is the amount they have spent on capital projects for the three courts mentioned. The panel of seven justices led by Justice Muhammad Dattijo was told that the three courts are the courts of the federation and as such the funding of their capital project should flow from the Consolidated Revenue Fund of the Federation.

Human rights lawyer, Mr. Femi Falana (SAN), says the Federal Government’s decision to support herders who are planning on challenging the anti-grazing law in court is not only unconstitutional but political suicide. 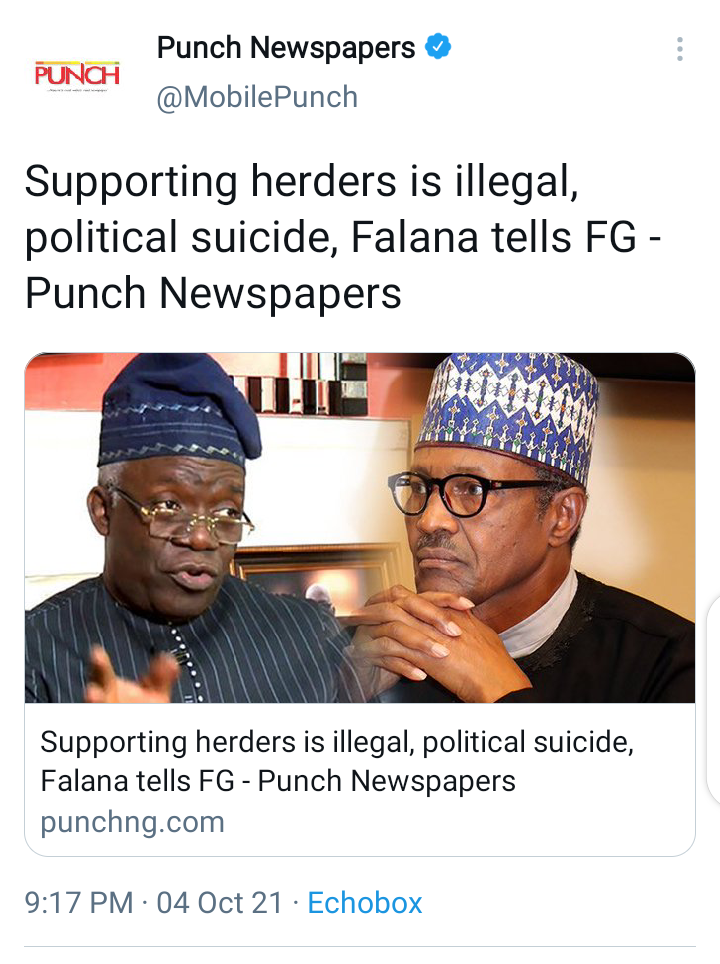 Falana said this in a statement on Monday while reacting to a report by The PUNCH quoting the Special Assistant (Media) to the Attorney-General of the Federation and Minister of Justice, Dr Umar Gwandu, that the Federal Government supports moves by herders to sue Southern Governors over the anti-open grazing bills they recently signed into law in their respective states.

The activist argued that the decision of the Federal Government to take sides in the dispute between the herders and the Southern Governors is a “constitutional aberration and political suicide”.