Today's Headlines: US Issues Warning To Its Citizens In Nigeria, Bola Tinubu Speaks About Democracy

By GistFrank (self meida writer) | 4 days 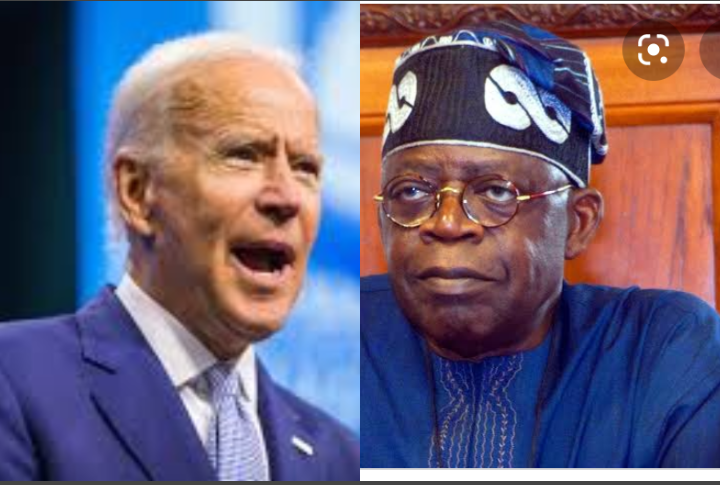 US Issues Warning To Its Citizens In Nigeria

Recently, the United States Mission in Nigeria warned its citizens against careless movements because of an alleged protest across the country.

It's important to know that many parts of the country have been plunged into unusual tension over looming attacks by hoodlums who may hijack the protest being organised by some activists. 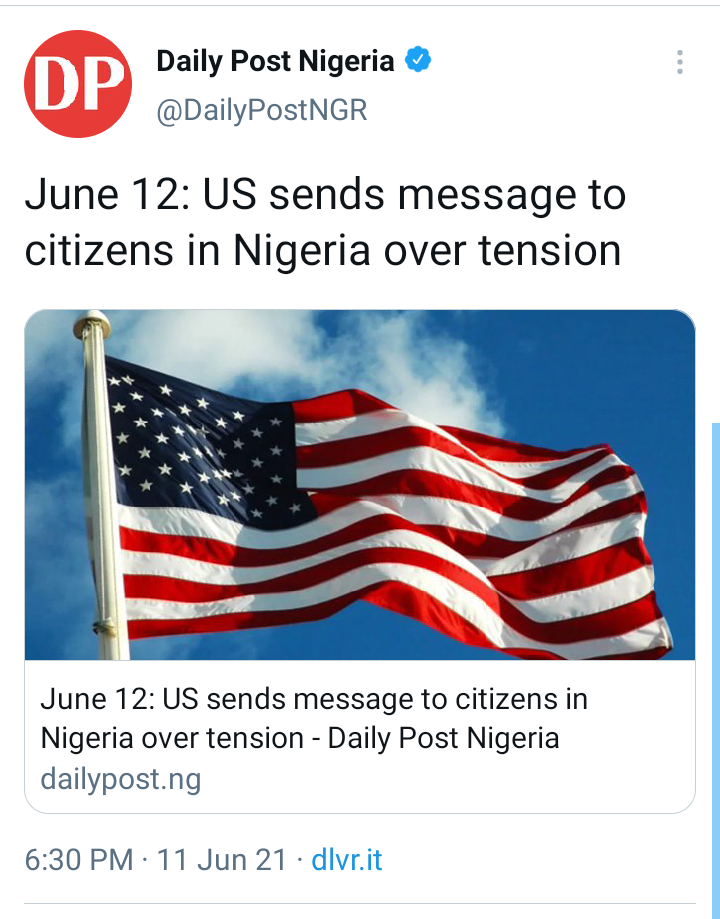 Recall that NANS (National Association of Nigerian Students) have planned to stage a nationwide protest on 12th June to decry the high level of insecurity in the country. 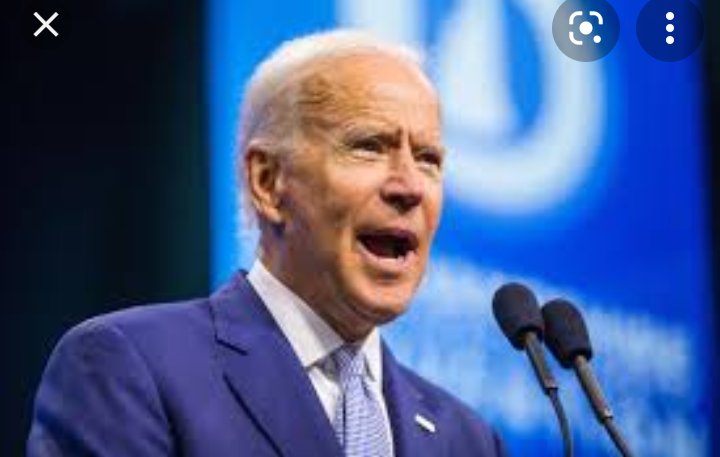 However, the association has suspended the planned protest over the fear of attacks by hoodlums.

Tinubu made the call in a congratulatory message to the nation on Friday, adding that democratic governance offers solutions to national challenges. 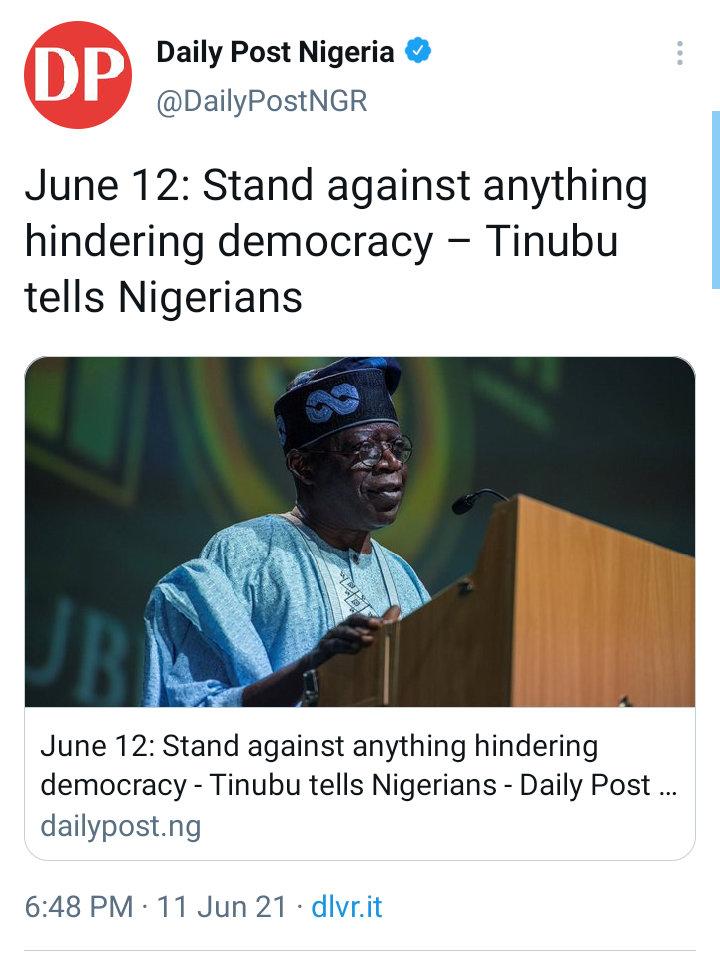 He urged Nigerians to stand for democracy despite the challenges they were going through. 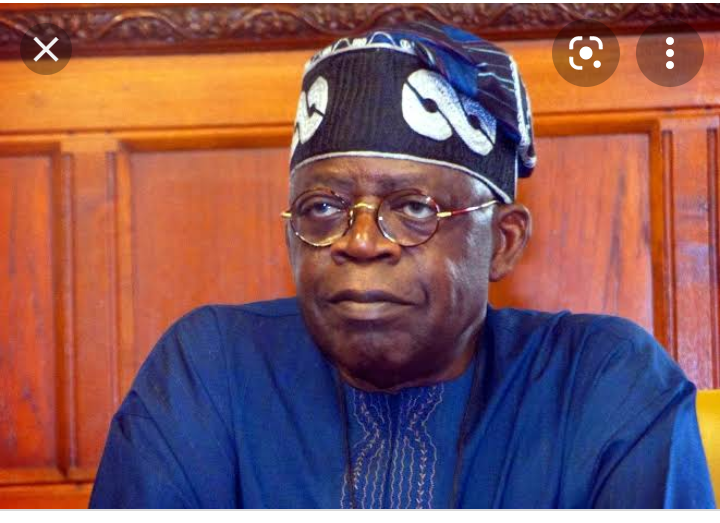 The former governor of Lagos State also urged Nigerians to stand against whatever could hinder democracy within the country.

The government of Governor Nasir El-Rufai on Friday confirmed the abduction of two lecturers and eight students in the attack on Nuhu Bamalli Polytechnic. 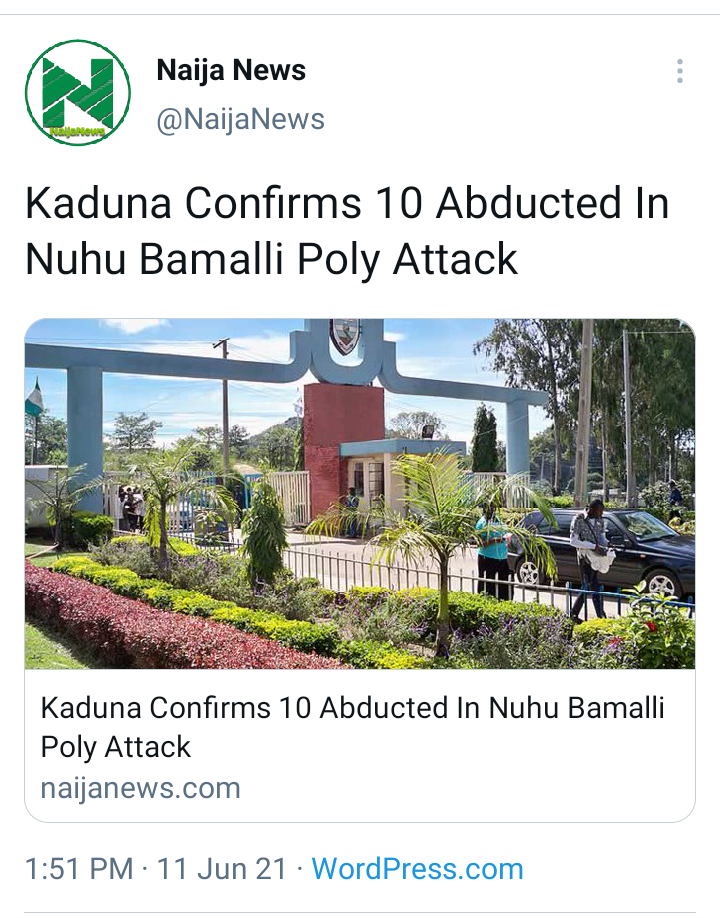 The Commissioner for internal security and home affairs (Samuel Aruwan) noted that one student was shot dead in the attack.

Aruwan further stated that security agents in the state have briefed the state government on the incident.

The commissioner noted that the bandits stormed the institution’s staff quarters on the campus, shooting sporadically and in the process, two students were hit and sustained gunshot injuries.

Senate President (Lawan) Speaks About The Ban On Twitter In Nigeria.

The Senate President of Nigeria (Ahmad Lawan) has reacted to the decision of the federal government to ban Twitter.

Ahmed Lawan in his reaction, called for an amicable resolution to the current face-off between the government and the social media platform. 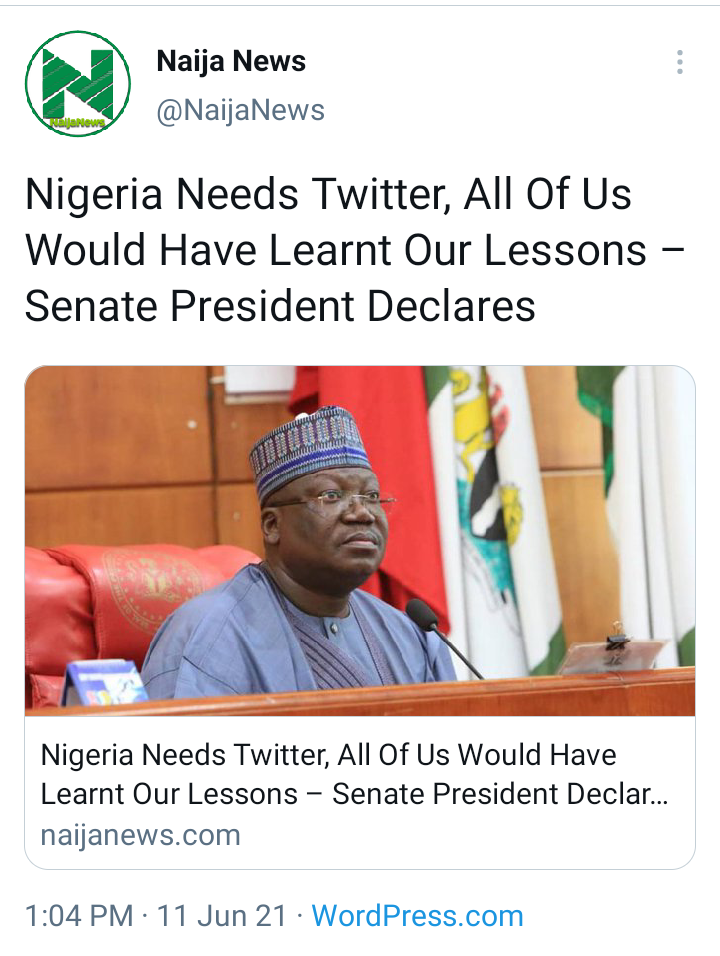 Lawan in his submission stated that it has become clear that Nigeria needs Twitter and Twitter needs Nigeria, adding that he believes all parties have learnt their lessons.

It's important to know that the Senate President made this statement during a briefing in Abuja to mark the second anniversary of the 9th Senate.

OFFICIAL: Man United's EPL Fixtures And Schedule For The 2021/22 Season Has been Released.