By Sourcementor (self media writer) | 1 year ago 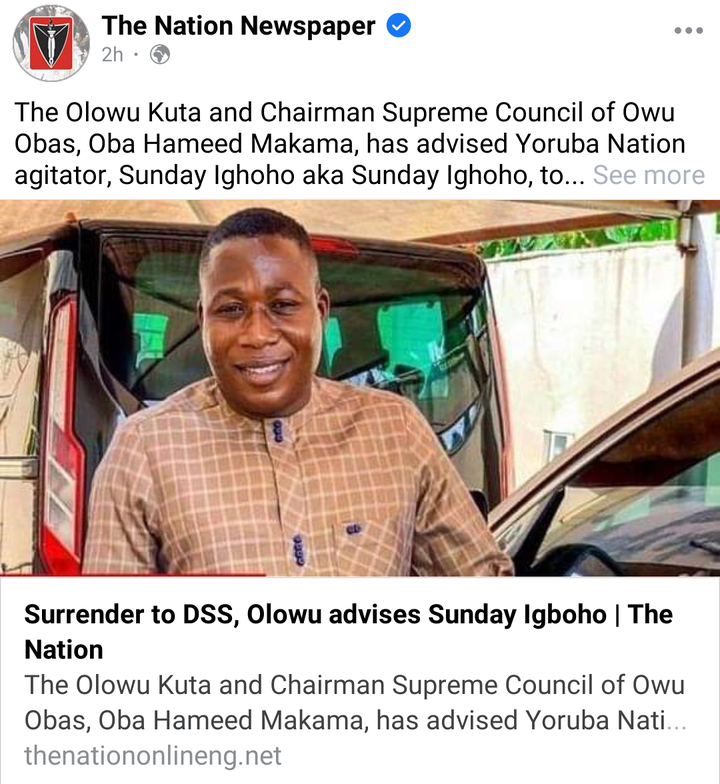 The Oluwo Kuta and Chairman Supreme Council of Owu Obas, Oba Hameed Makama, has advised Yoruba rights activist, Sunday Igboho, to give up himself to the Department of State Services DSS.

The monarch spoke in his palace at Owu Kuta in Aiyedire local government area of Osun state with newsmen.

He told self-determination agitators to dialogue with federal government.

Speaking at the council meeting of Obas, he said nobody ever discussed secession and the Obas believe in cooperate existence of this country. 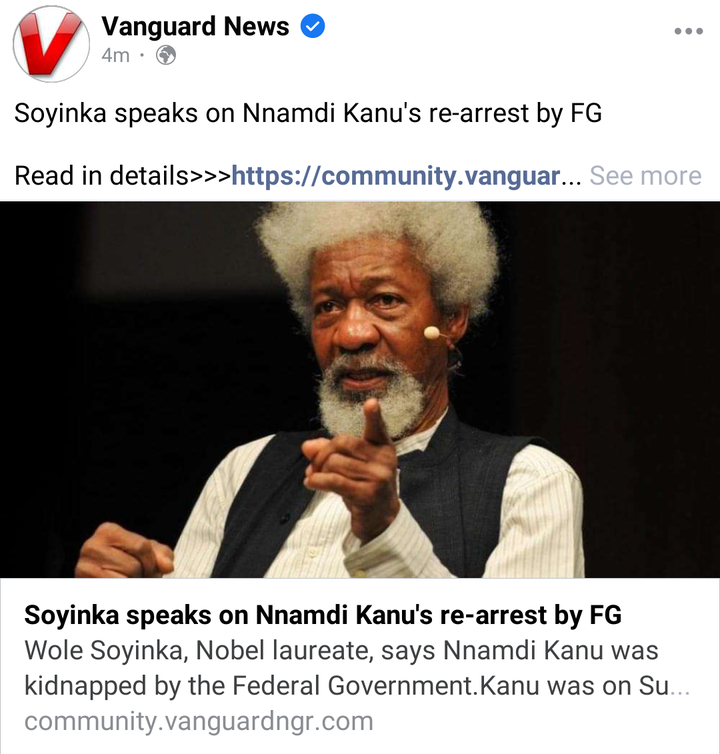 Nnamdi Kanu was extradited to Nigeria on Sunday to face trail after he jumped bail and fled the country in 2017.

Speaking on Monday, Wole Soyinka said there would be an uproar in the country if the truth of how Kanu was extradited becomes known.

He advised the Nigerian government to stop the blame game and take action. 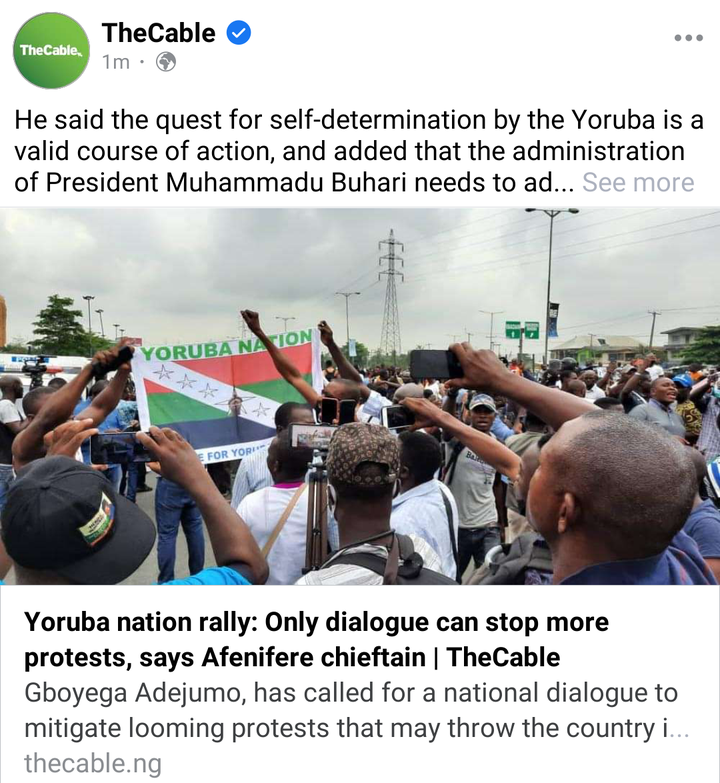 Gboyega Adejumo, a chieftain of Afenifere, the Yoruba socio-political group, has called for a national dialogue to mitigate protest that may throw the country into turmoil.

He said the quest for self-determination by the Yoruba is a valid course of action, and added that the administration of President Muhammadu Buhari needs to address it with dialogue and not with bullets.

Adejumo said Buhari, in his first address to the United Nation's general assembly in 2015, had supported the Palestinians' clamour for a new nation. 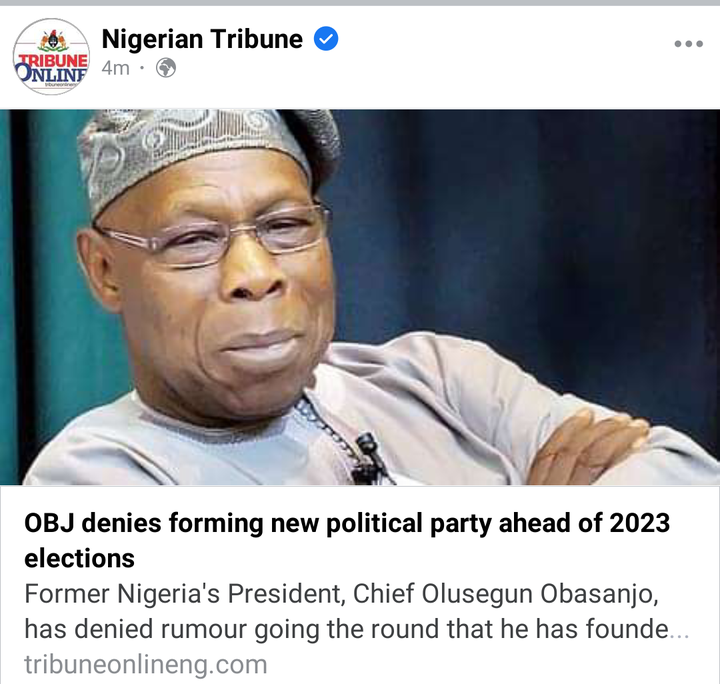 Former Nigeria's president, Olusegun Obasanjo, has denied rumours making waves that he has formed a new political party ahead of the 2023 general elections.

He described the story as false while maintaining that there was no plan to float a new political party now or in near future.

He said the fabricated story hardly comes as a surprise because he has, for some time now, observed with bewilderment the efforts by some people to drag him into their political games. 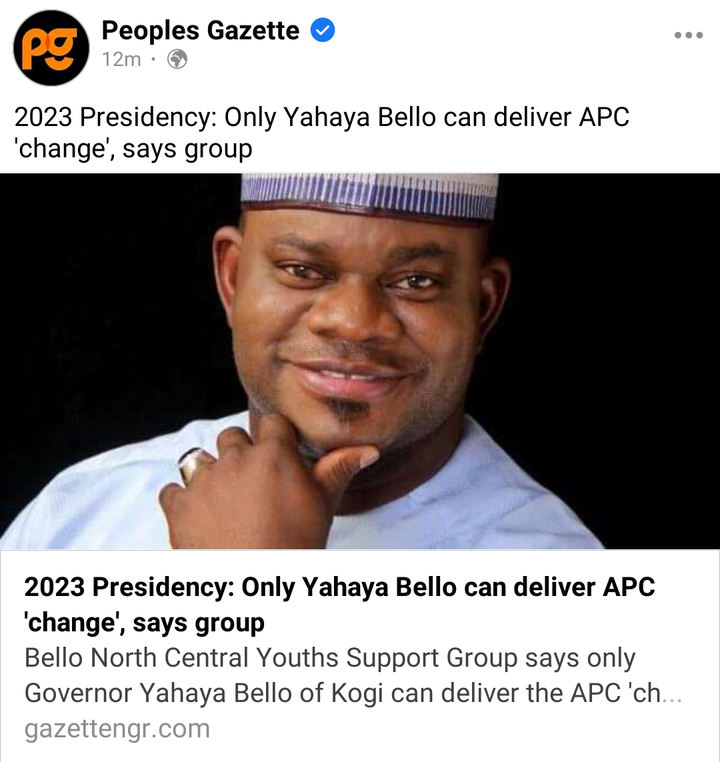 The Bello North Central Youth Support Group (BENCYSG) says only governor Yahaya Bello of Kogi can deliver the APC "change" as it threatens to sue the governor if he fails to join the next presidential race.

The group said this in a statement by its coordinator, Wilfred Mustapha, and secretary, Hajara Lawal.

It also pledged to obtain the nomination form for the governor. 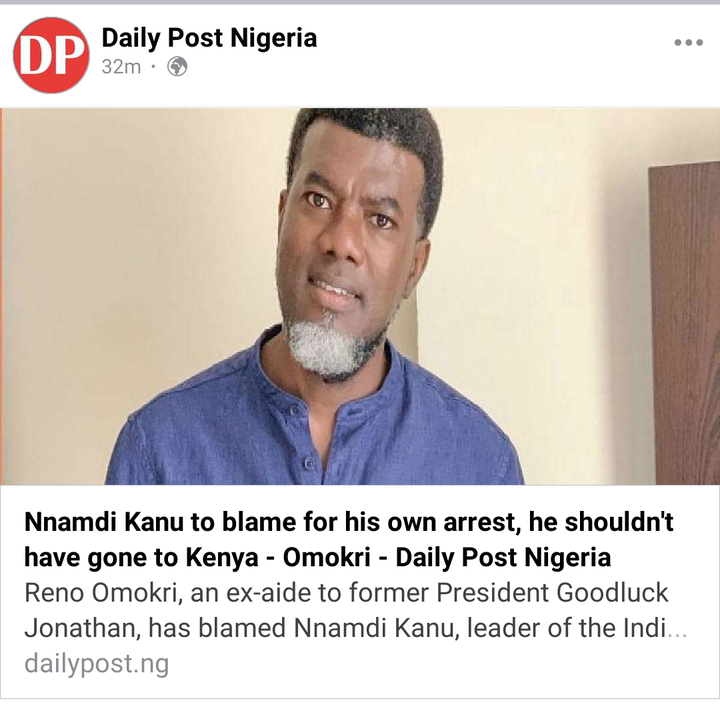 Reno Omokri, an ex-aide to former president Goodluck Jonathan, has blamed Nnamdi Kanu, leader of the Indigenous People of Biafra IPOB, for his recent arrest.

Omokri berated the IPOB leader for travelling to Kenya, a country, according to him, that is notorious for body-snatching.

Speaking in an interview with Reuben Abati, Omokri suggested that Kanu should have learned one or two lessons from him (Omokri) having successfully stayed away from Nigeria since 2015 when Muhammadu Buhari became president knowing that the government will be happy to arrest him.