#HarassBuhariOutOfUK: See What GEJ Former Aide Revealed About The Protesters That Sparked Reactions

The ongoing Harass Buhari out of London protest took another dimension yesterday as some group came out in solidarity for the President and commander in chief of the Armed forces, President Muhammed Buhari. The group tagged as members of the All progressive Congress in United Kingdom by Dele Momodu staged the protest to counter those who were protesting to harass the president out of United Kingdom. 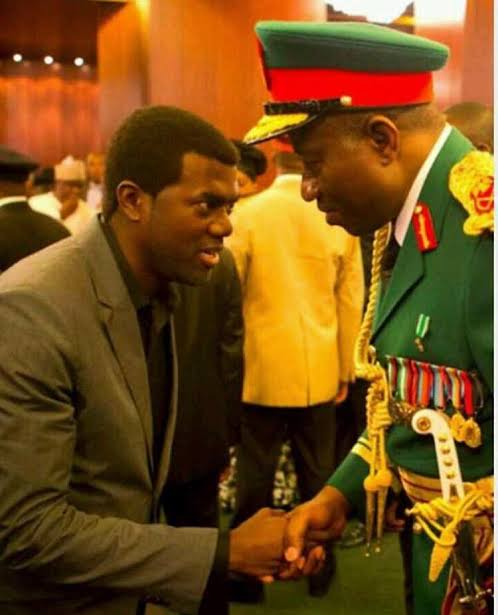 Recall that their has been protest going on in the United Kingdom for the past 5 days, the protest was to send a message that the president of Nigeria is in United Kingdom receiving medical care while Doctors are on strike here and our medical centre is below par.

Below are photos of the prayer session by the protesters as they display several placards with written messages. 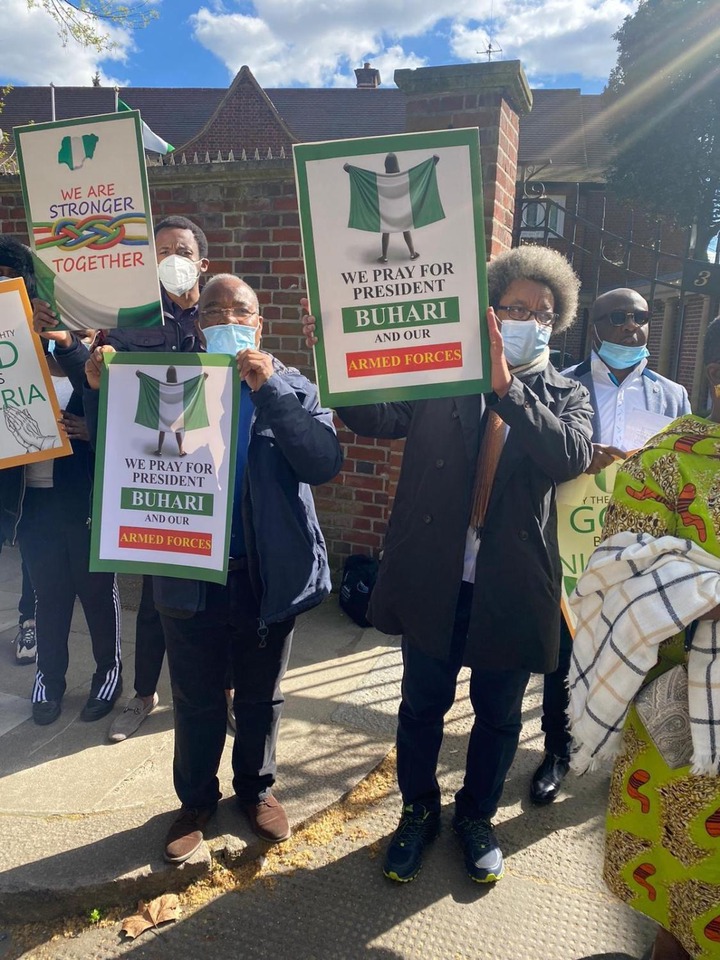 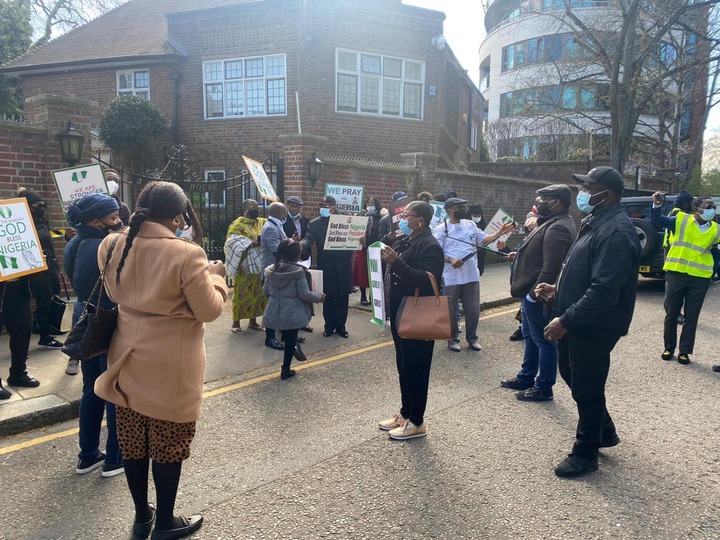 The banners and placard which reads "WE PRAY FOR PRESIDENT MUHAMMED BUHARI AND OUR ARMED FORCES", "NO PAIN, NO GAIN", "WE ARE STRONGER TOGETHER" was the prayer points of the protesters.

Photos of the #HarassBuhariOutofLondon protesters before the pro Buhari supporters storm the Abuja House. 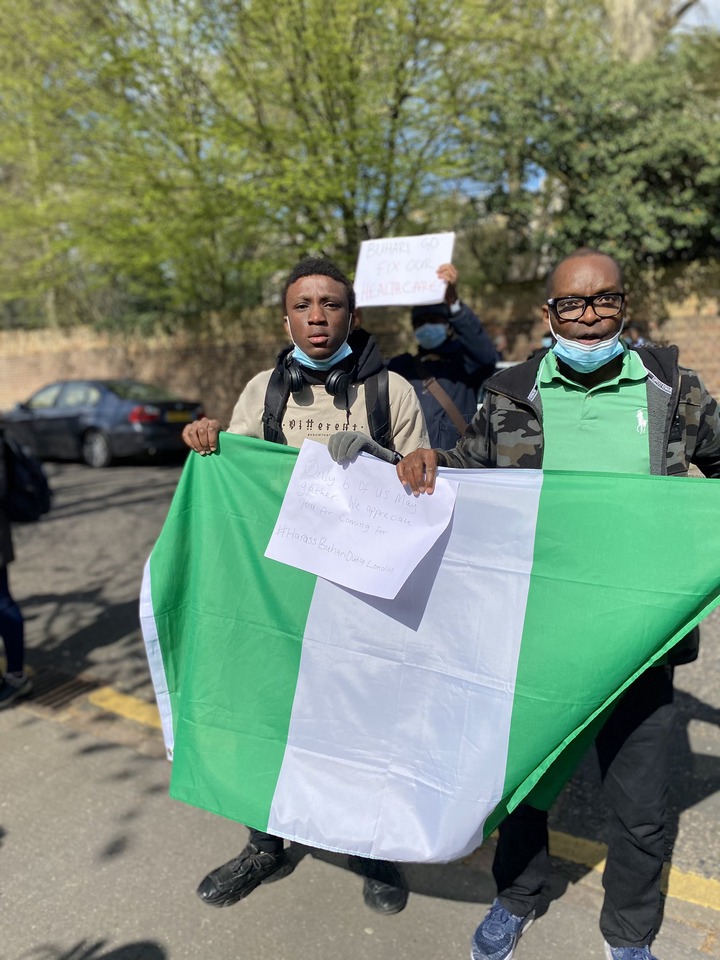 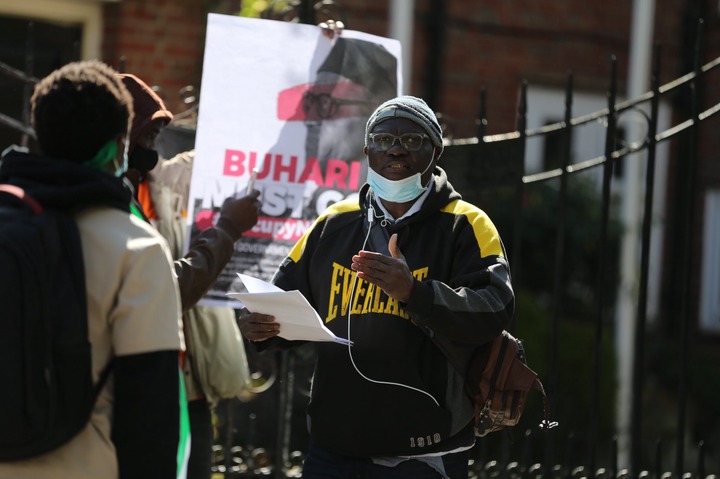 Meanwhile, former special assistant to Goodluck Ebele Jonathan has shared details about one of the protesters and also how much they were paid. According to Reno Omokri in a tweet yesterday claimed the pro Buharo group were paid $75 per head to go for the protest.

Reno Omokri also leaked the identity of one of the protesters and his position in the All Progressive Congress United Kingdom. 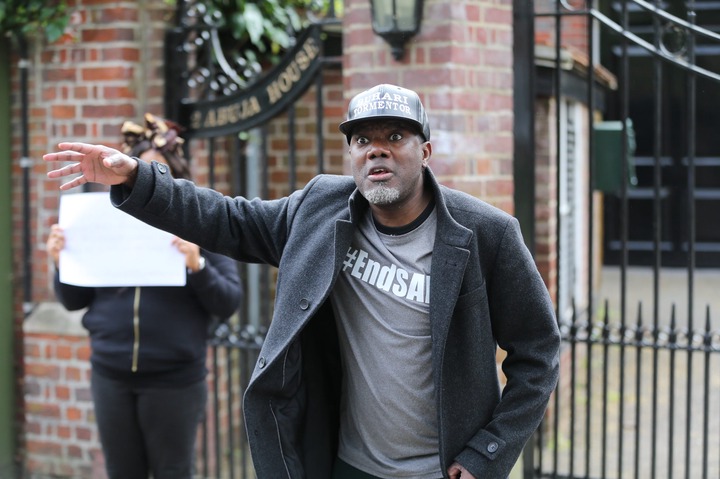 He claimed the man's name is Philip Idaewor and he is the leader, All progressive Congress in the United Kingdom.

Photos of Philip Idaewor, as shared by Reno Omokri: 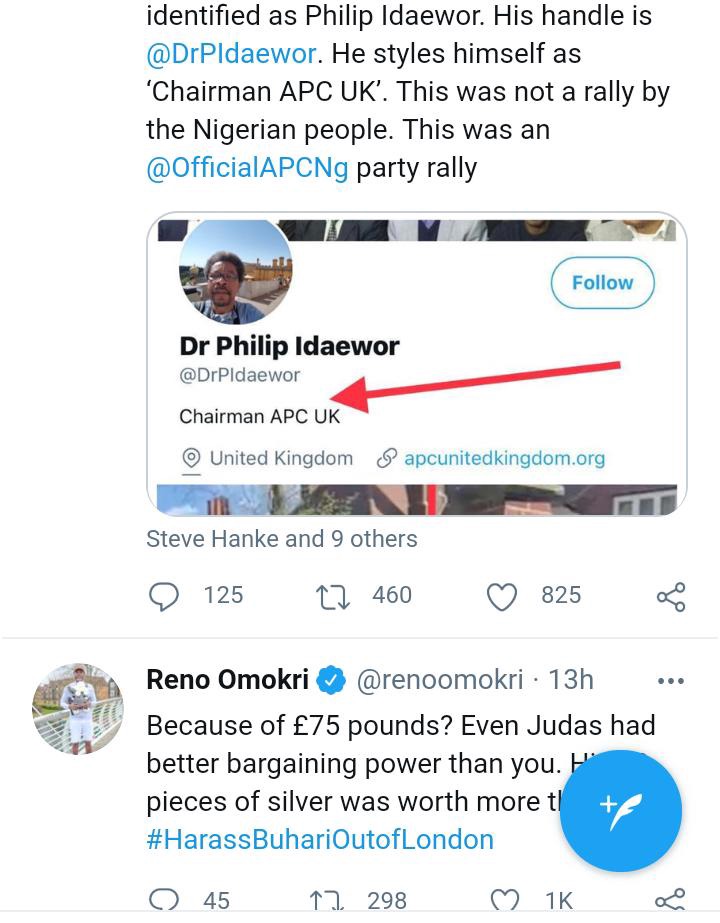 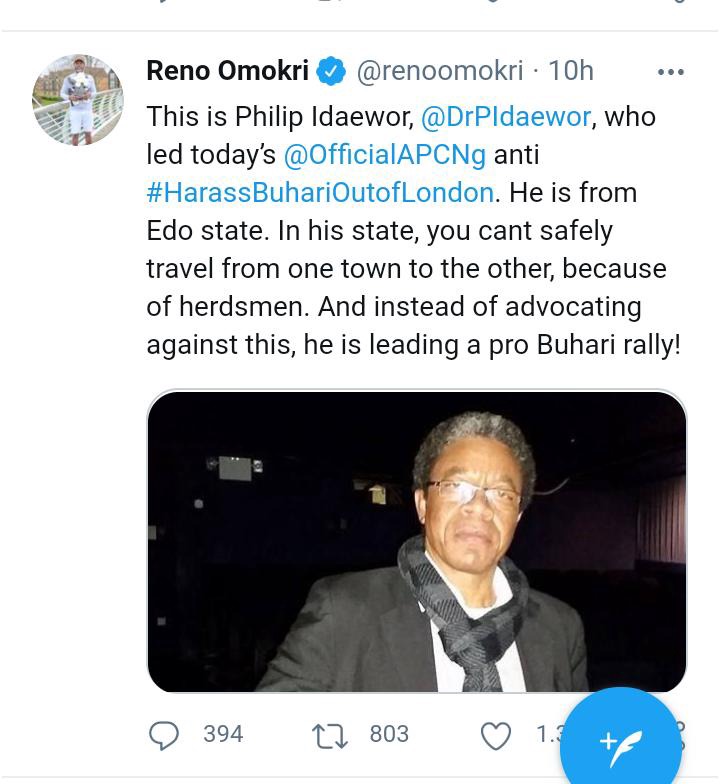 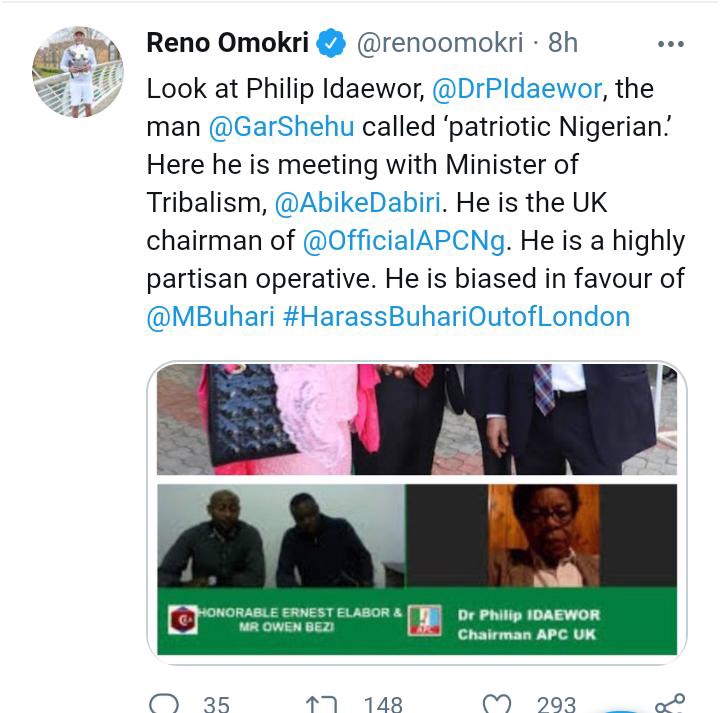 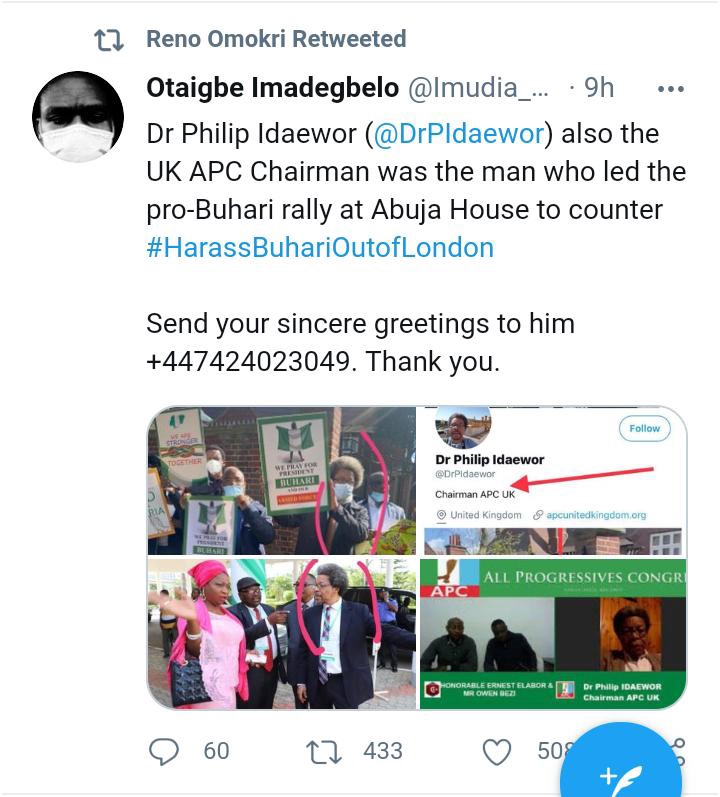 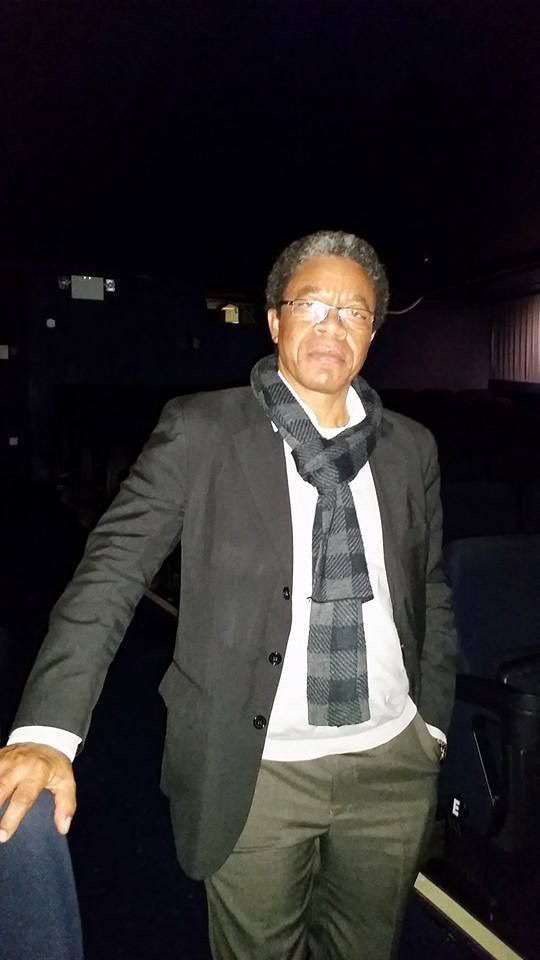 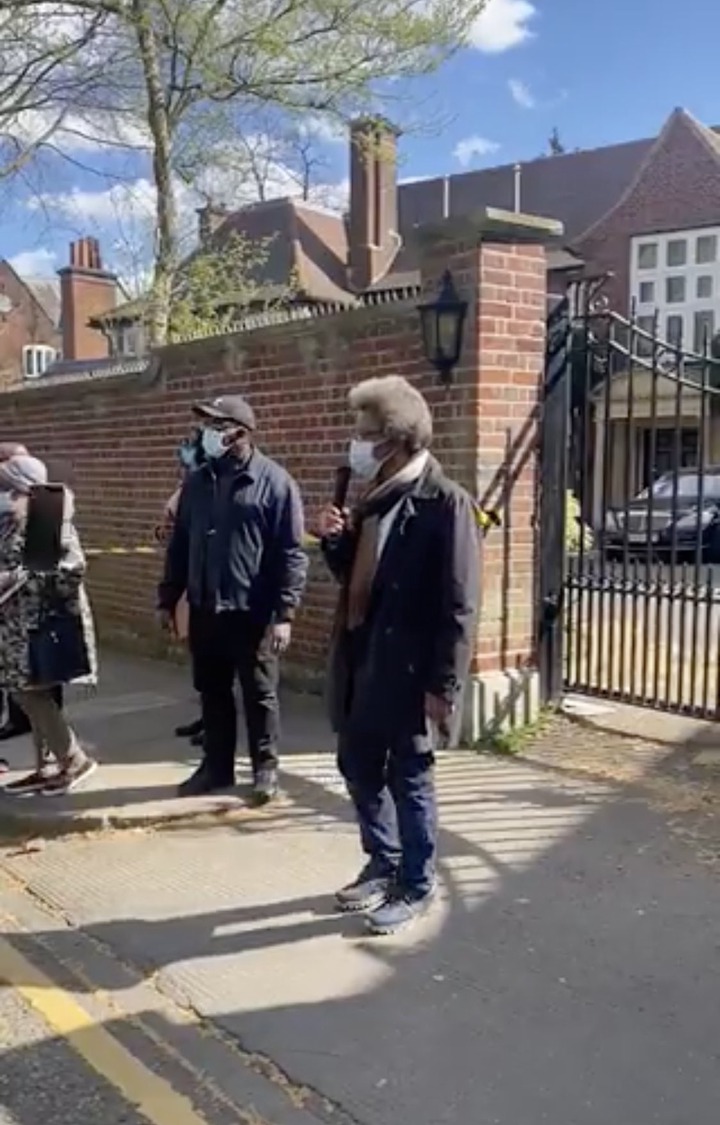 However, Reno Omokri action to go ona backgrounds check up as sparked reactions from members of the public, here are some screenshots below. 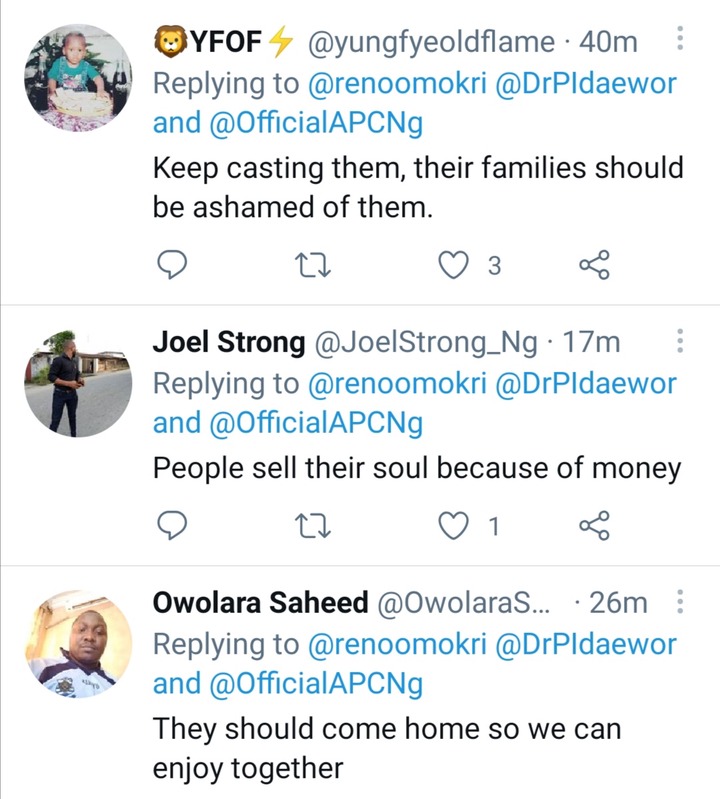 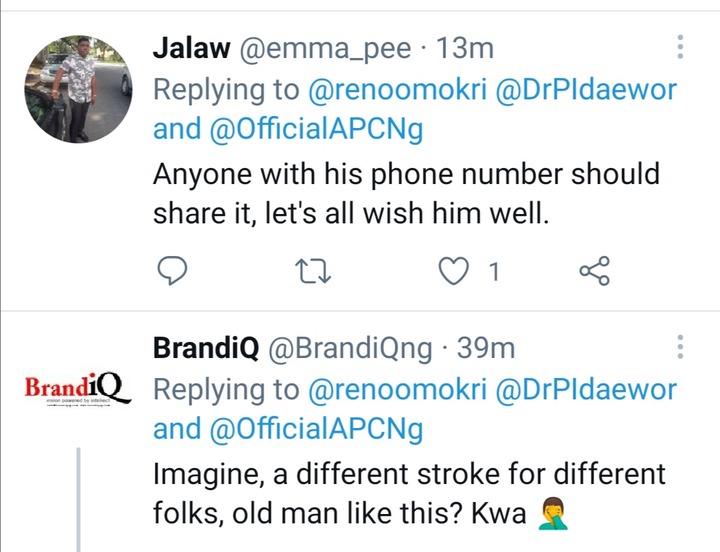 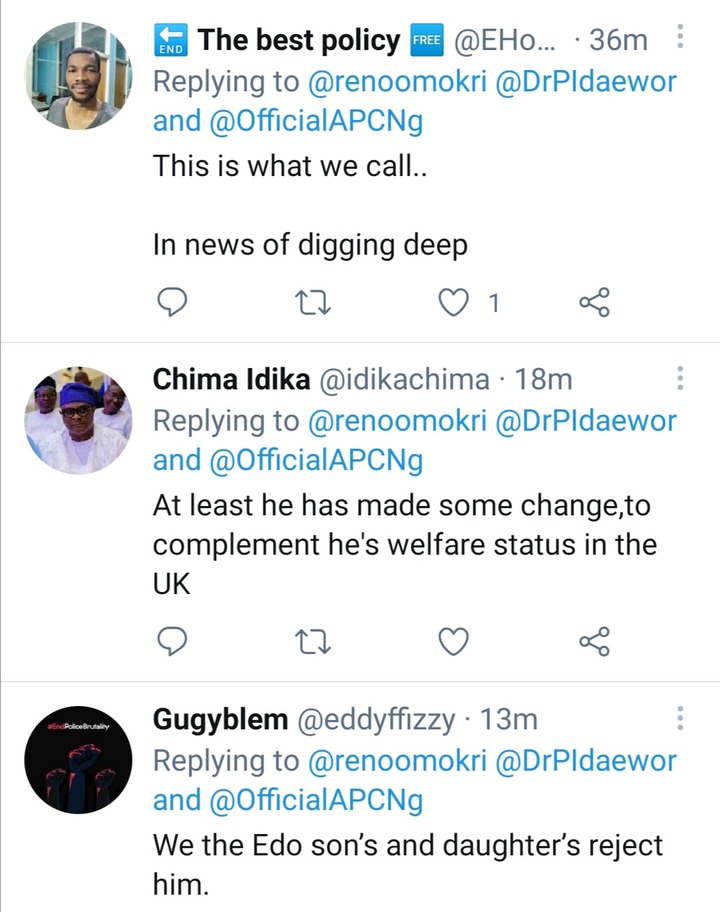 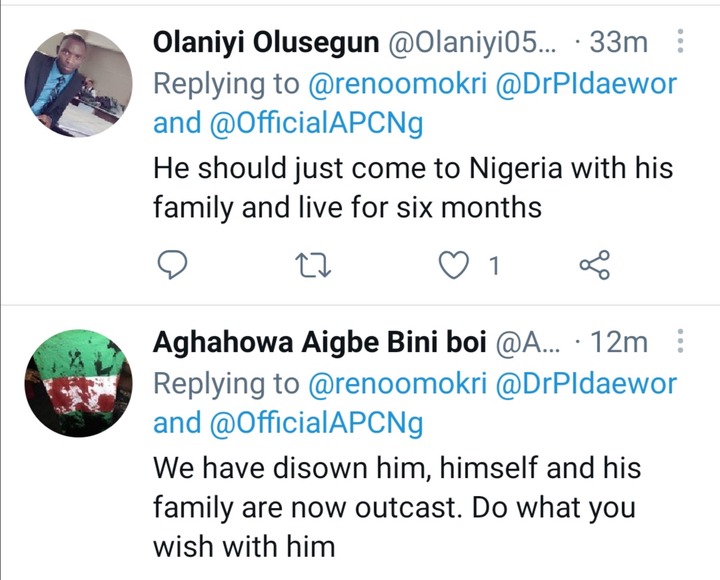 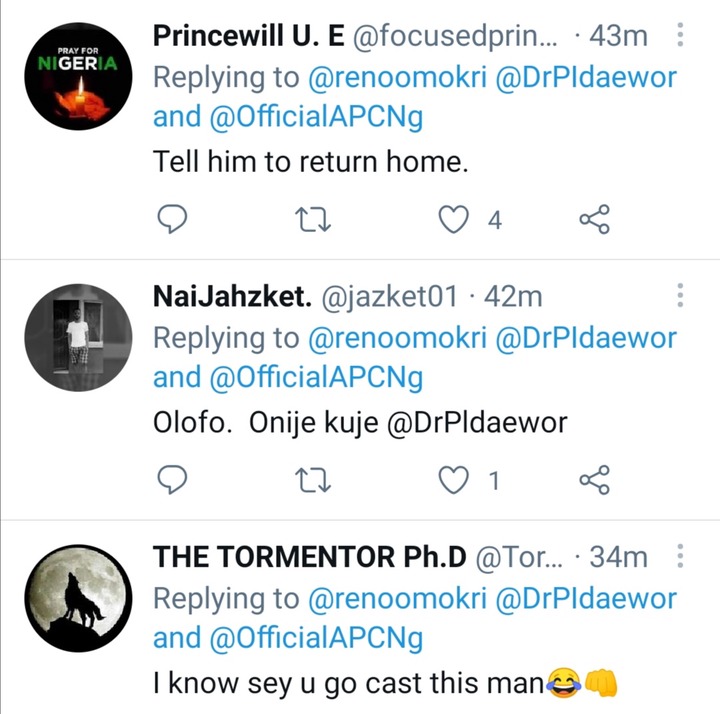 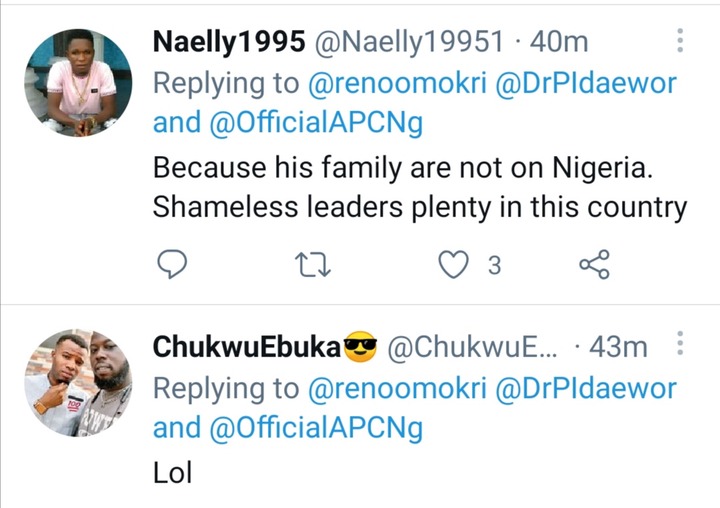 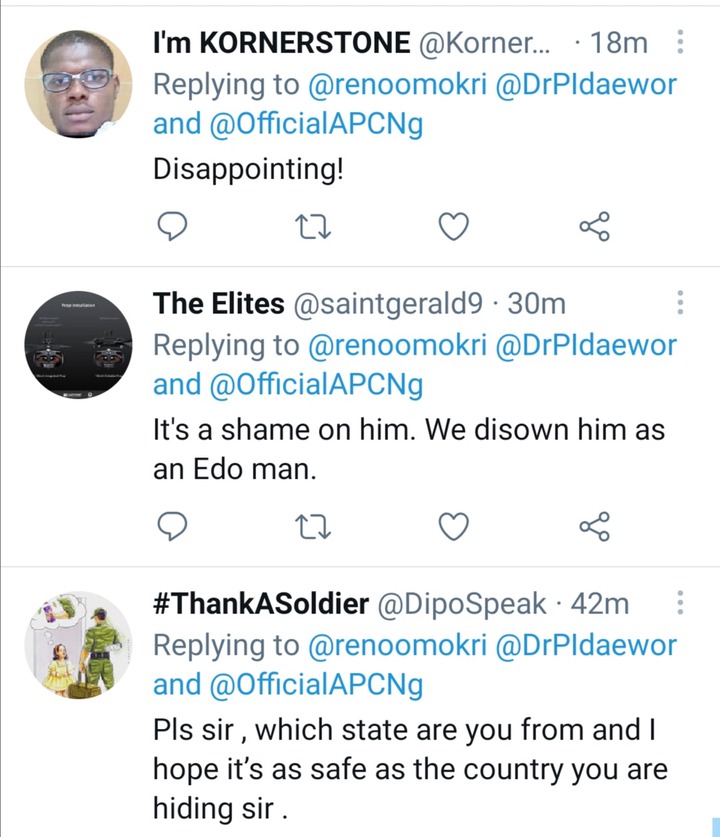 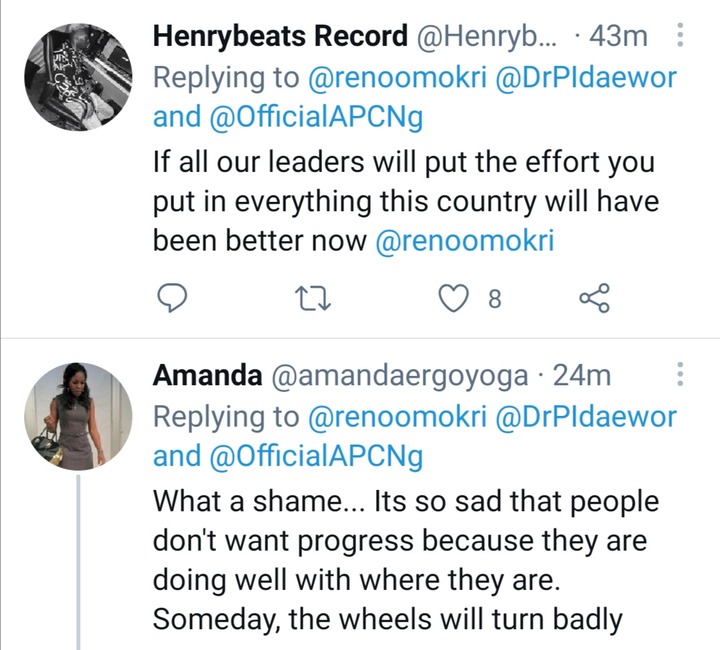 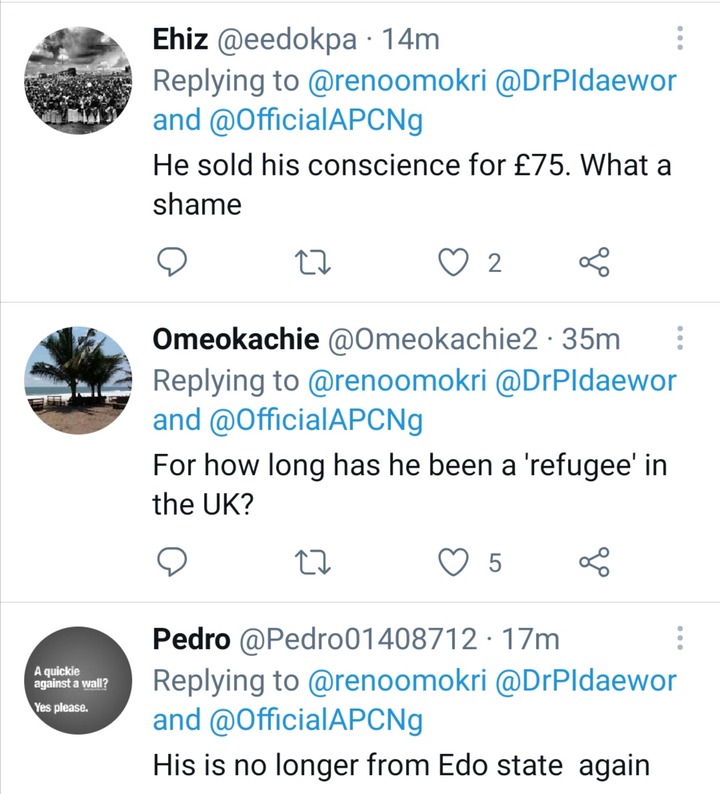 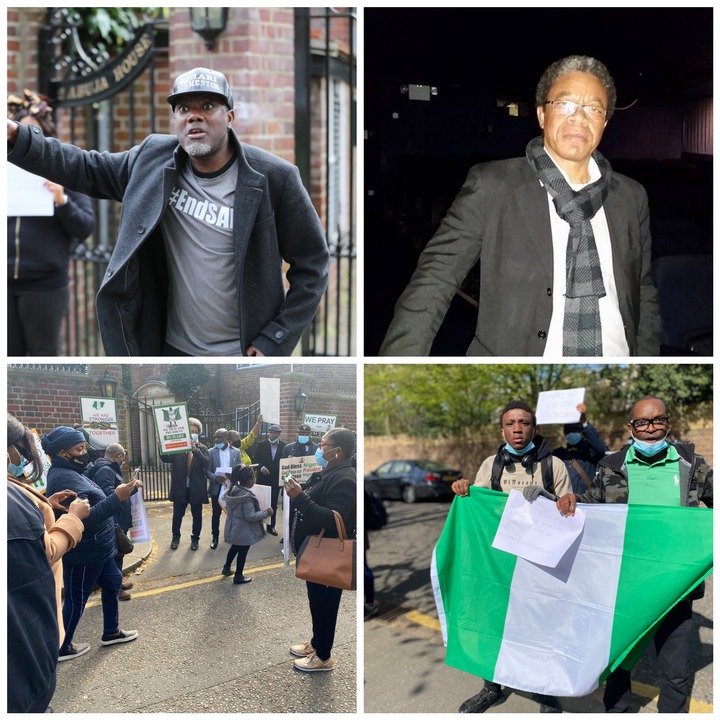 Reactions As Fast Rising Actress, Inem Peters Shares A Video Of Herself In Germany

Only the bravest people can keep dogs of these kind

Check out the referee in charge of Chelsea Vs Arsenal