A former Immigration officer who was said to have forged an Ordinary National Diploma and Bachelor of Science certificates which he used to secure employment was on Tuesday, September 21, arraigned in court by operatives of the Independent Corrupt Practices and other Related Offences Commission (ICPC) in a court of law.

The man, whose name was given as Imam Aminu, and said to be a retired Chief Superintendent of the Nigerian Immigration Service, was brought before Justice A.O. Abong of the Federal Capital Territory (FCT) High Court 18, sitting in Gwagwalada, Abuja, on a four-count charge.

It was gathered that the man forged a National Diploma Certificate in Public Administration from the Kaduna State Polytechnic and a Bachelor of Science Degree certificate in Management from the University of Calabar which he used to work in Immigration before he eventually retired. 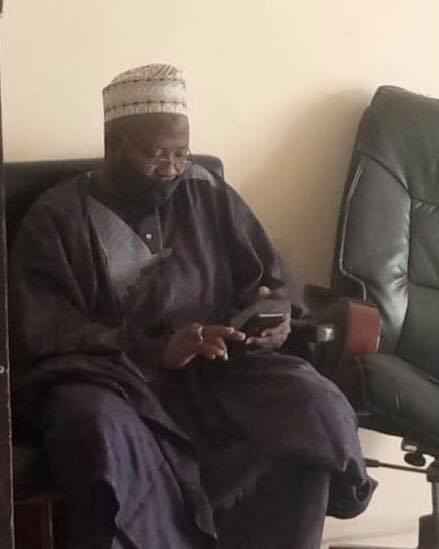 The man inside the court on Tuesday. Photo credit: ICPC Facebook wall

According to a statement by the ICPC on its Facebook wall on Tuesday, its counsel told the court details of how the man used the forged certificates to enlist into NIS as well as advanced his career to the rank of a Chief Superintendent.

This, he said, was contrary to Section 364 of the Penal Code, and if he is found guilty, he shall be liable to a prison term of not less than 14 years for the offence.

The statement said when the charge was read to him in the court, he pleaded not guilty to the four counts, causing the prosecution counsel to ask for a date for hearing and for the accused to be remanded in Kuje prison pending hearing.

However, his counsel moved the bail application in favour of the man.

After various arguments by the counsels, the judge thereafter granted Mr. Aminu bail in the sum of N500,000 and a surety in like sum who must reside within the jurisdiction of the court. He was also ordered to deposit his travel documents at the court’s registry.

The judge then adjourned the case to November 9 for commencement of trial.