FG Speaks About The Prosecution Of 400 Boko Haram Sponsors.

Recently, Abubakar Malami (The Minister of Justice and the Attorney-General of the Federation) spoke about the arraignment of about 400 alleged Boko Haram sponsors that were arrested. 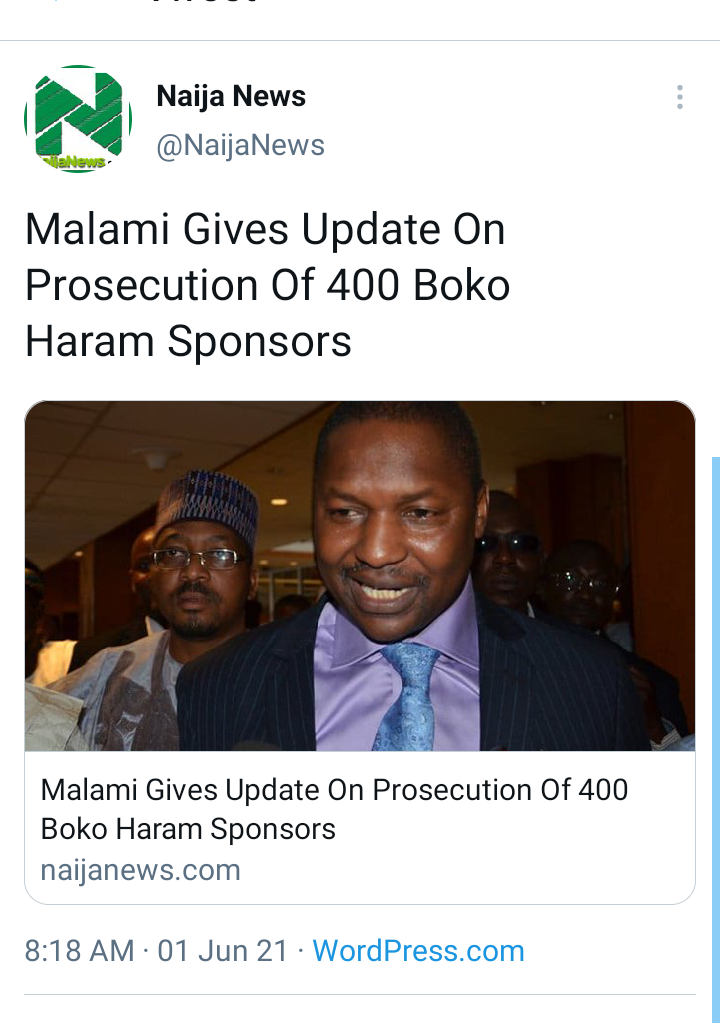 It's important to know that the arrest of the terrorist sponsors was due to the jailing of six Nigerians in "United Arab Emirates" over allegations of financing terrorism. Speaking in an interview with "The PUNCH" on Monday, media aide to Malami, Dr Umar Gwandu said that the process that led to the arraignment of about 400 alleged Boko Haram sponsors and financiers is still ongoing. 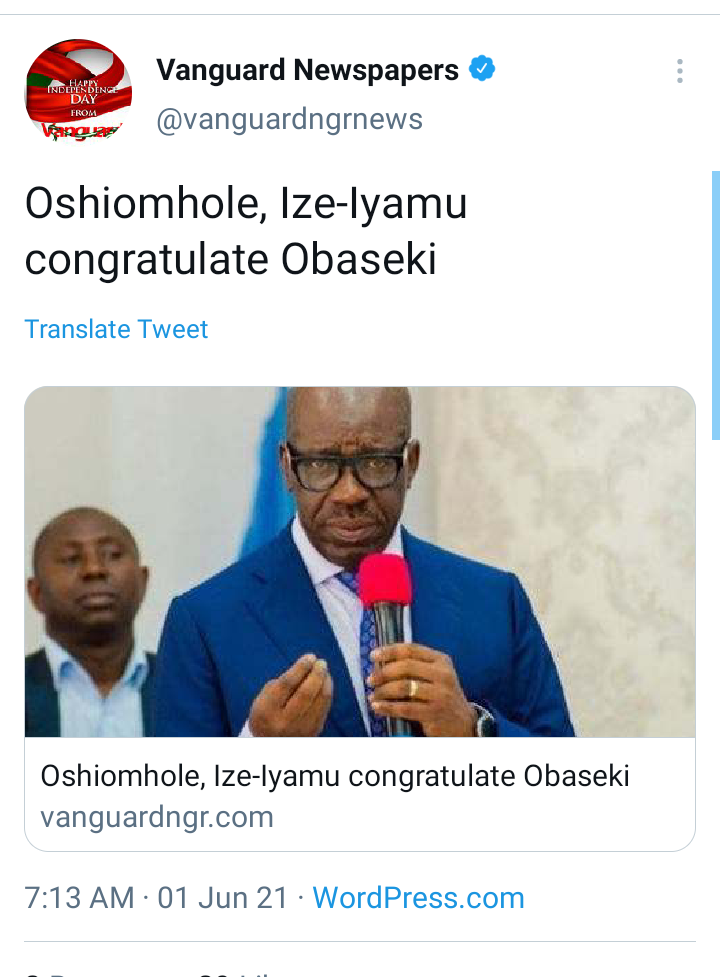 Ize-Iyamu in a letter to the governor, said that Last Friday’s judgment of the Supreme Court, puts an end to the series of litigations they had over last year’s governorship election.

Oshiomhole Sends Important Message To Obaseki After His Victory At The Supreme Court.

Adams Oshiomhole, a former National Chairman of the All Progressives Congress (APC), has pleaded with Governor Godwin Obaseki, to be magnanimous in victory. 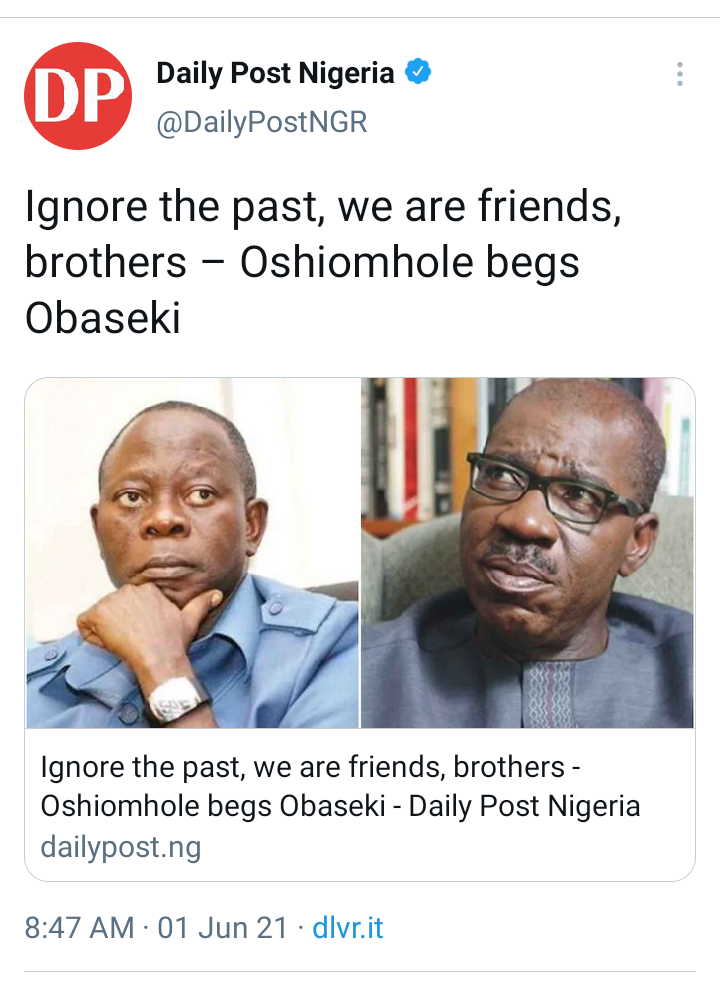 It's important to know that Oshiomhole made this statement while congratulating Obaseki on his victory at the Supreme Court on Monday.

In his letter to the Governor, which was made public by Oshiomhole’s media aide, Victor Oshioke, the ex-APC national chairman appealed to Obaseki to put the past behind.

Recently, Governor Hope Uzodimma said that he could not go to church after the news of Ahmed Gulak’s death.

Uzodinma described the death of Gulak as a personal loss. 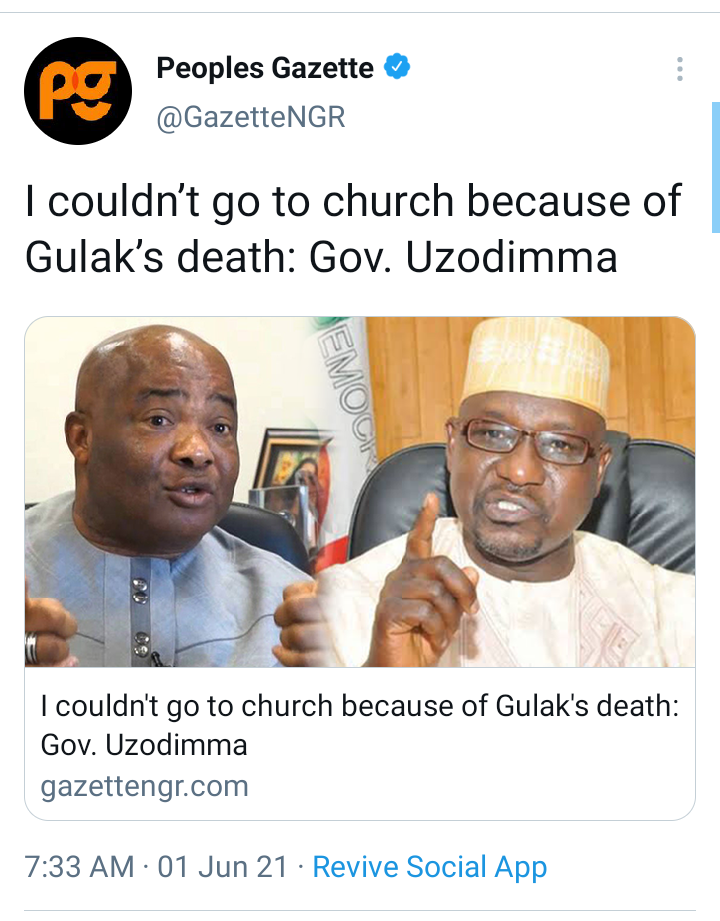 The governor disclosed this in a radio and television broadcast on Monday in Owerri. Mr Uzodimma added that Gulak was in the state for a national assignment.

However, Uzodimma urged security agencies to do everything possible to find Mr Gulak’s killers and their sponsors.