By Oyekan (self media writer) | 7 months ago 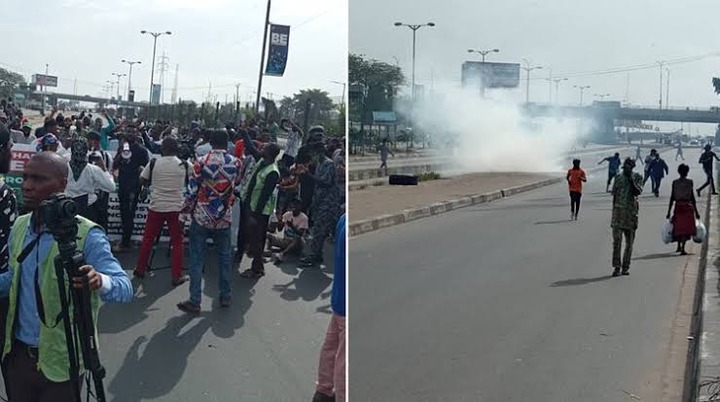 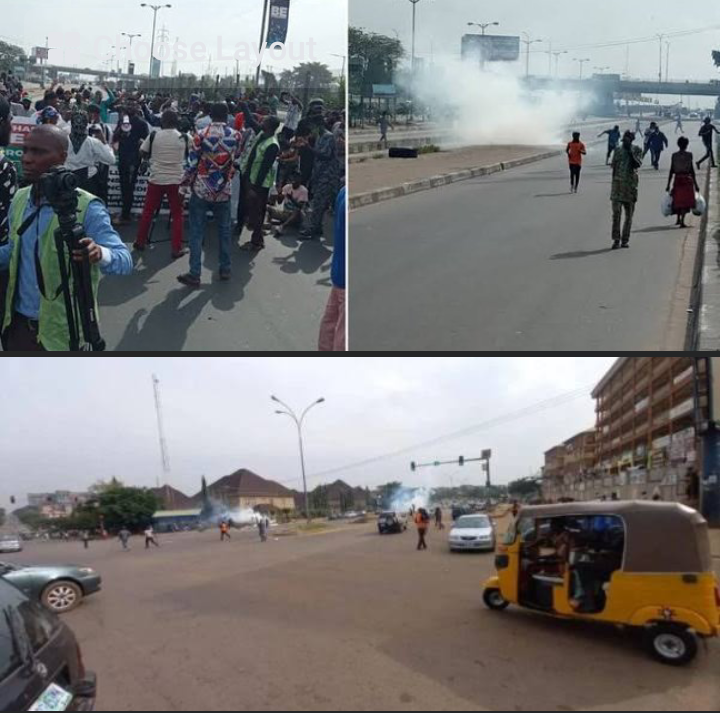 Men of the Lagos State Police Command on Saturday morning, fired tear gas canisters at the protesters gathered at the Gani Fawehinmi Park in Lagos, venue of the June 12 Democracy Day protest. The protesters were demanding an end to bad governance when they were tear-gassed by the security operatives. 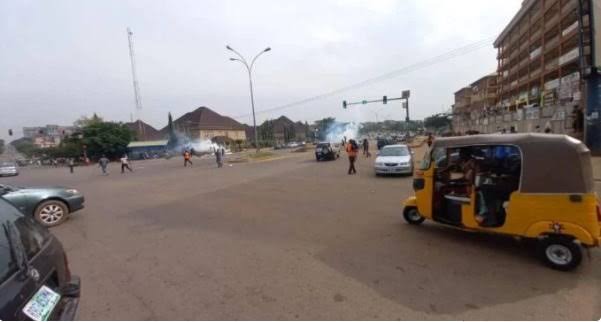 Parallel June 12 protests are currently holding in the Federal Capital Territory, Abuja. While pro-democracy groups’ protesters gathered at Gudu Park, pro-Buhari protesters staged theirs in front of the Unity Fountain.

The pro-democracy protest was earlier scheduled for the Unity Fountain but the venue was suddenly changed to Gudu Park. The Unity fountain is heavily guarded by armed police officers and other personnel suspected to be DSS operatives.

Youths protesting against bad governance and insecurity stormed Osogbo, the capital of Osun State, and Akure, Ondo State capital on Saturday. It was learnt that the youths under the aegis of Coalition of Civil Society, Osun State converged on the popular Oke-Fai roundabout. The protesters held banners and placards demanding a better Nigeria. 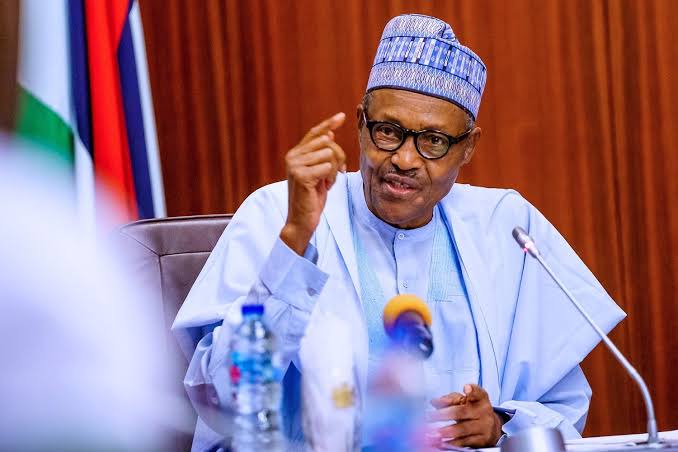 The President Muhammadu Buhari, said his administration was addressing what he described as the twin underlying drivers of insecurity namely poverty and youth unemployment.

Buhari, stated this early Saturday in his nationwide broadcast to Nigerians to mark the 2021 Democracy Day. He said interventions led by government and the Central Bank of Nigeria driving economic growth over the past six years are targeted mostly to the agricultural, services, infrastructure, power and health care sectors of the economy.

Fight breaks out among #IStandWithBuhari protesters in Abuja 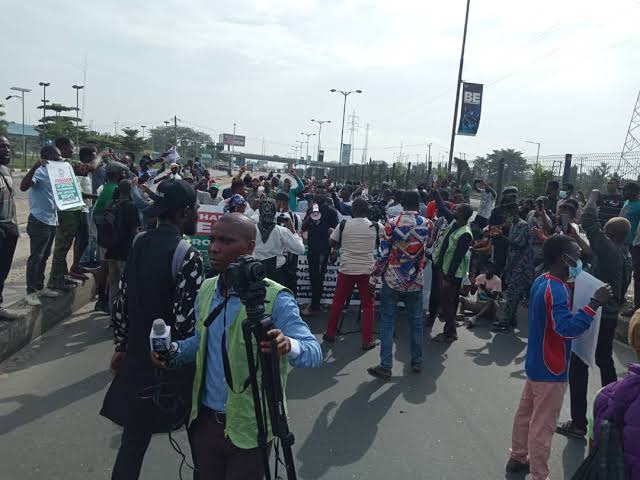 An internal tussle broke out on Saturday morning, amongst members of the #IStandWithBuhari protest group at the Unity Fountain, Abuja. Leaders of the group were seen in a heated exchange of words, over the sharing of monetary resources, meant for organising the counter protests.

This is as hundreds of pro-Buhari supporters have arrived at the Unity Fountain, to air their solidarity to the President Muhammadu Buhari. 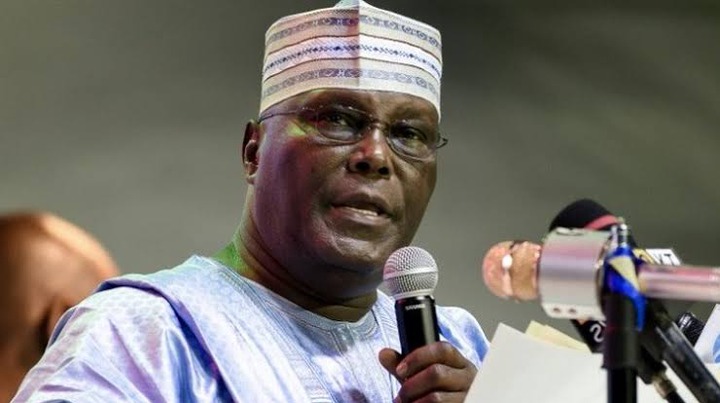 The opposition Peoples Democratic Party and former Vice President, Atiku Abubakar, have appealed to Nigerians not to give up on the country in spite of the myriad of challenges they were currently forced to live with.

In separate statements in Abuja, on Friday, the PDP and Atiku recalled the sacrifices Nigerians, including the presumed winner of the June 12, 1993 presidential election, Chief MKO Abiola, made to ensure that Nigerians enjoyed the right to freely choose their leaders.

The PDP, in a statement titled, ‘Don’t Give Up, PDP Urges Nigerians on June 12,’ which was signed by the National Publicity Secretary, Kola Ologbondiyan, said, “The PDP urges Nigerians not to give up in the genuine collective struggle to reinforce democratic governance in the country, despite the intimidation, harassment and rights violations by the All Progressives Congress and its Federal Government. 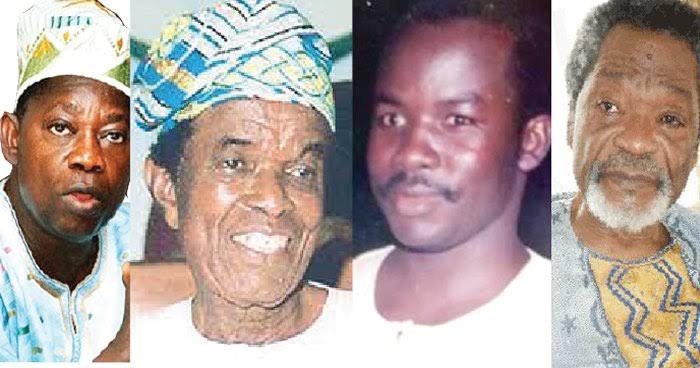 Nigeria’s return to democratic rule in 1999 was not attained on a silver platter. Many democrats and progressives endured piercing jackboots of despotic military juntas to the detriment of their lives and family safety.

The military dubiously hinged its incursion into politics on a duty to reverse what it termed the corrupt antics of civilians. But it pathetically ended up like a physician who left an ailment worse than he met it. It exhibited intense anti-democratic acts. 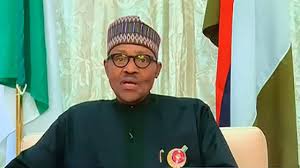 Obsessed with outdated animal husbandry practices, the President, Major-General Muhammadu Buhari (retd.), instigated fresh controversy on Thursday by declaring strong support for open cattle grazing. In a ghastly interview aired on Arise TV, Buhari adamantly rejected the ban that the governors of the 17 states in the South placed on open grazing in May. With a national stock of 20 million-plus cattle head, Buhari’s open cattle grazing scheme is a threat to settled farming communities across the country.

Demonstrating an uncommon passion for the contentious practice, the President said he would revive grazing routes throughout the country for cattle herders by dusting up a gazette of the First Republic. He argued that nomadism is the culture of the Fulani, not minding the wider implications of the primitive practice.