Active EndSars Activist and Co-convener of Bring Back Our Girls Campaign, Aisha Yesufu has taken to her verified Twitter handle to react to the announcement by Radio Biafra on Thursday, wherein it was made known that a Nationwide Rally would hold in favor of the Leader of the Indigenous People of Biafra, Mazi Nnamdi Kanu and the self-styled Yoruba Activist of the Oodua Nation Movement, Sunday Igboho. 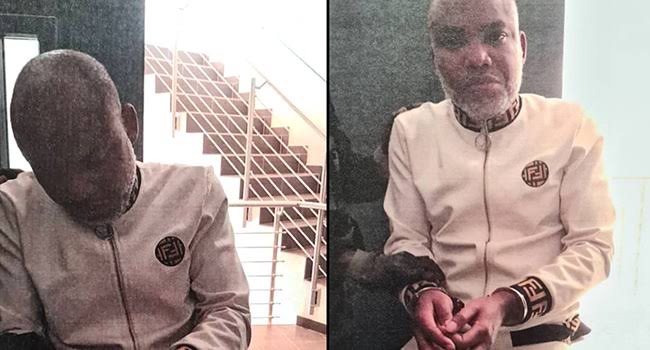 The announcement was broadcasted by Simon Ekpa, one of Nnamdi Kanu's Disciples who took over the Daily Broadcast due to his detention. Recall that Nnamdi Kanu was rearrested by the Nigerian Security Operatives after he jumped the bail conditions given to him by the Court. And since his re-arrest, he has been in DSS custody and would remain there until July 26, when he would be arraigned in Abuja. Also, self-styled Yoruba Activist, Chief Sunday Igboho, suffered an attack from the Department of State Services, DSS, after they invaded his residence, killing two of his Guards, arrested 13 people, and declared him wanted.

In other to protest against this, Simon Ekpa has urged both Yorubas and Igbos to work together and prepare for a Nationwide Rally to call for justice for both separatist leaders. While reacting to this, Aisha Yesufu, who seems indifferent about the announcement simply said, “I am curious to know what Nationwide means.”