By Green_vibes (self media writer) | 1 year ago 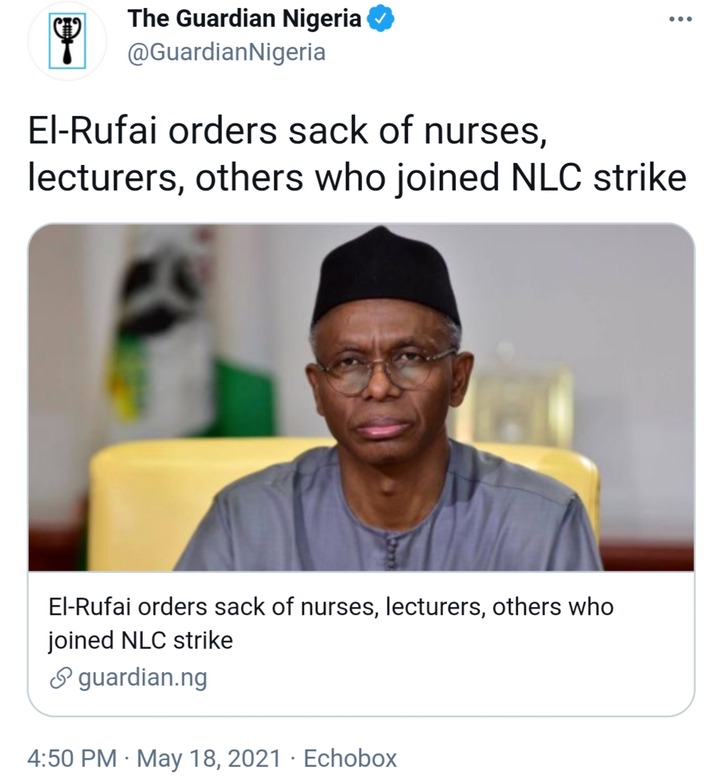 Kaduna State Governor, Nasir El-Rufai has demanded for the names of nurses below grade level 14 from the Ministry of Health who were involved in the ongoing strike action by the Nigeria Labour Congress (NLC) for dismissal.

According to Guardian, Barau Dikko Teaching Hospital (BDTH) reported that 3 nurses from the Special Baby Care Unit (SBCU) who were involved in the disconnection of the oxygen supply of a two-day-old baby in an incubator on Monday, 17th May will be prosecuted.

Accordingly, the governor also said; “Any academic staff of KASU that does not report for work will be dismissed” as he demands for the attendance register of workers.

He added that the strike action carried out by NLC is seen by the Kaduna State Government as banditry. 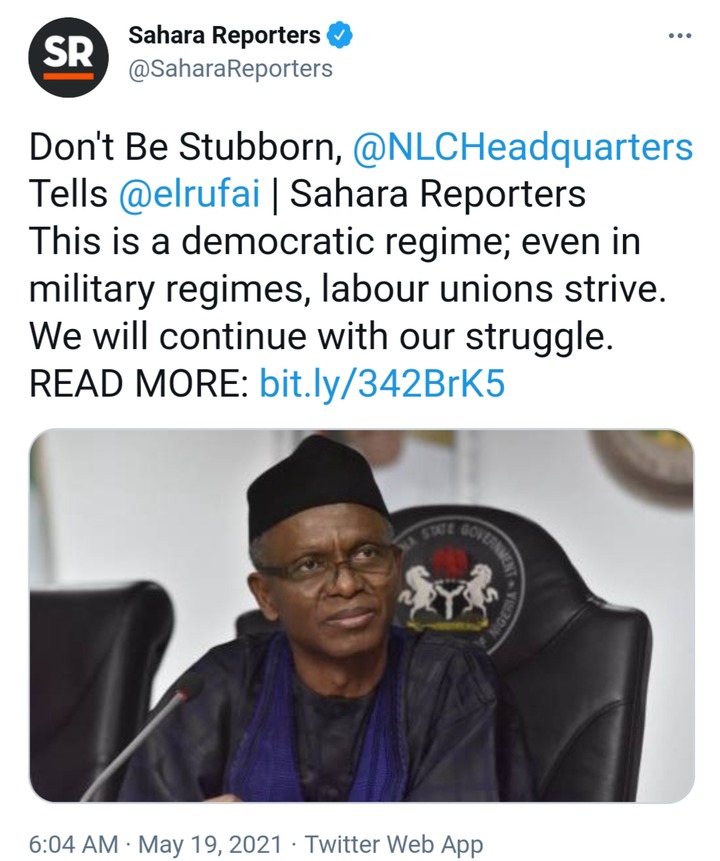 Following the massive sack of worker in Kaduna State, the National Labour Congress (NLC) has told the Governor to “reinstate the disengaged workers.”

According to Sahara Reporters, the Kaduna NLC Chairman, Ayuba Magaji on Tuesday said; “We are not in a military regime. It is not an issue of stubbornness. We will protect the rights of workers to the letter.”

However, some private companies including; petrol stations, banks, hospitals are still closed. 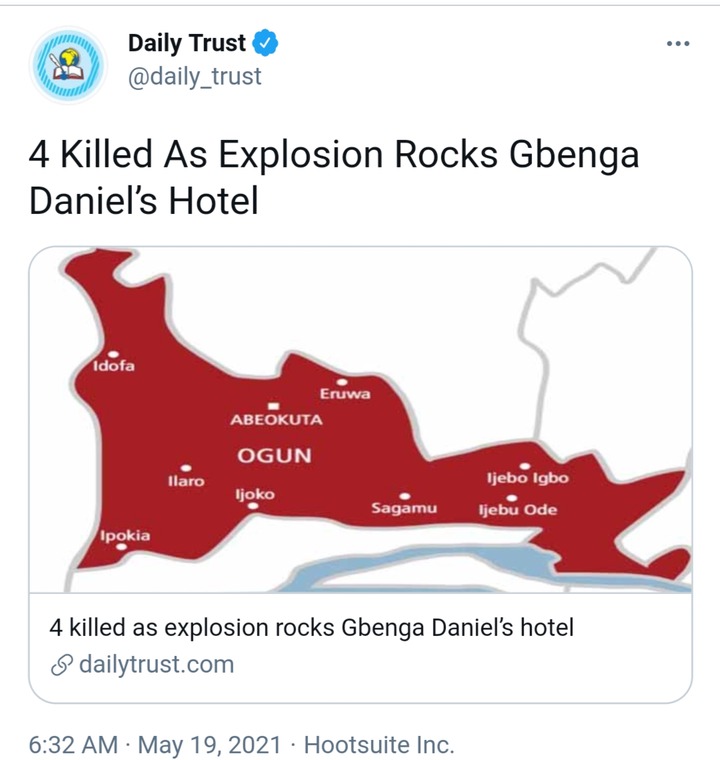 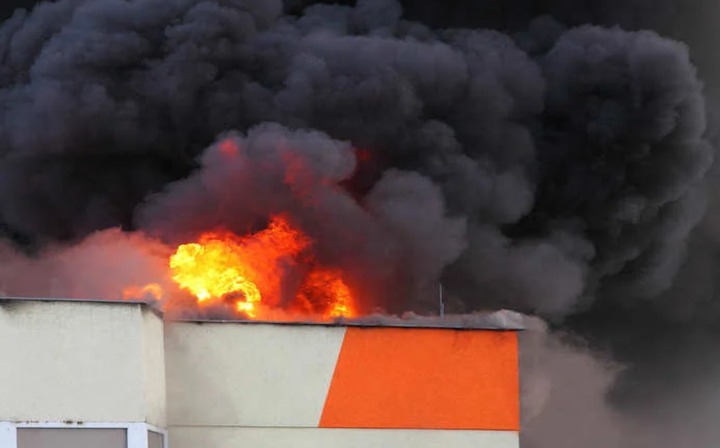 4 persons have been confirmed dead, while 3 others sustained injuries on Tuesday in a gas explosion at the Conference Hotel, in Abeokuta, Ogun State owned by former Governor, Otunba Gbenga Daniel.

According to Daily Trust; the explosion which killed about 4 people, was caused by the oxyacetylene gas being used to weld the door.

However, the management of the hotel regrets the occurrence, and sympathize with the deceased families.