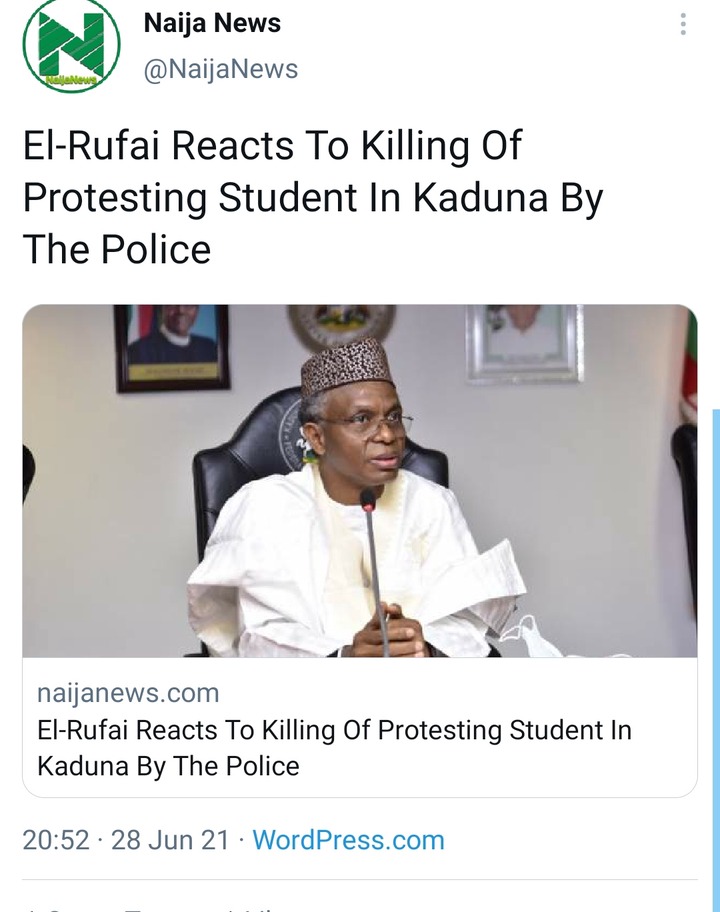 Kaduna State Governor, Nasir El-Rufai has commiserated with the family of the student who lost his life during a protest by students in Kaduna State.

The Governor described the killing of the student by security operatives deployed to control the situation as unfortunate.

It will be recalled as previously reported by Naija News that the student was shot dead when security operatives made an attempt to disperse students of the Kaduna State College of Education, Gidan Waya who were protesting a hike in their school fees. 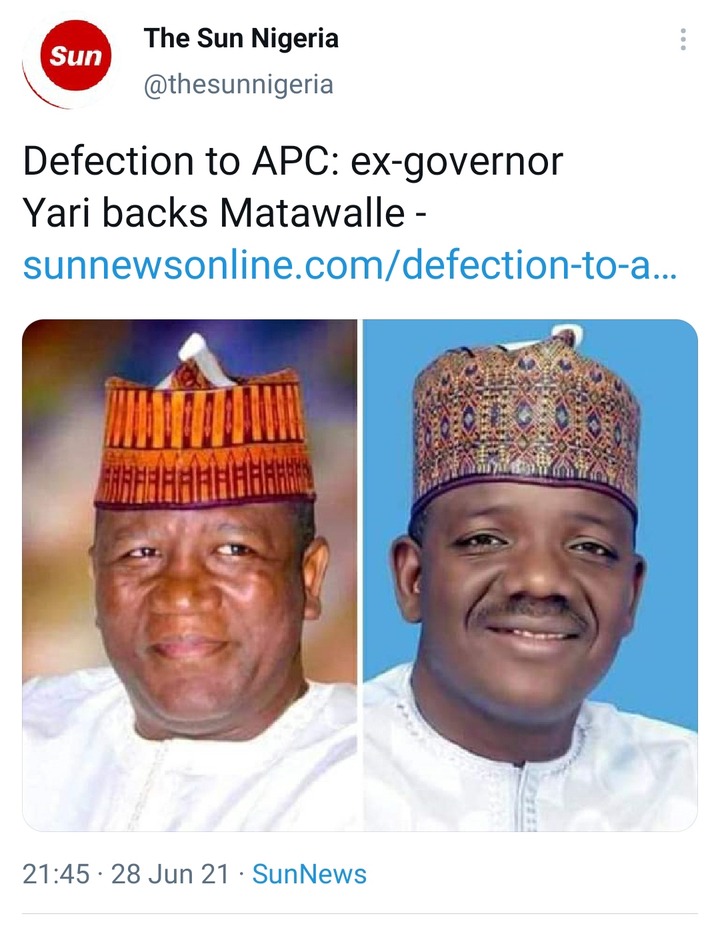 Former Governor of Zamfara State and the leader of the All Progressives Congress (APC) in the state Alhaji Abdulaziz Yari Abubakar on Monday backed Governor Bello Matawalle’s decision to join the party from the People’s Democratic Party (PDP).

According to Yari, "we hope Matawalle’s coming into APC will be of benefit as well as add value to the party in the state.

Yari, addressing APC stakeholders from all Local Government Areas of the state at a meeting in Kaduna, said the party welcomed Matawalle into the party alongside his supporters. 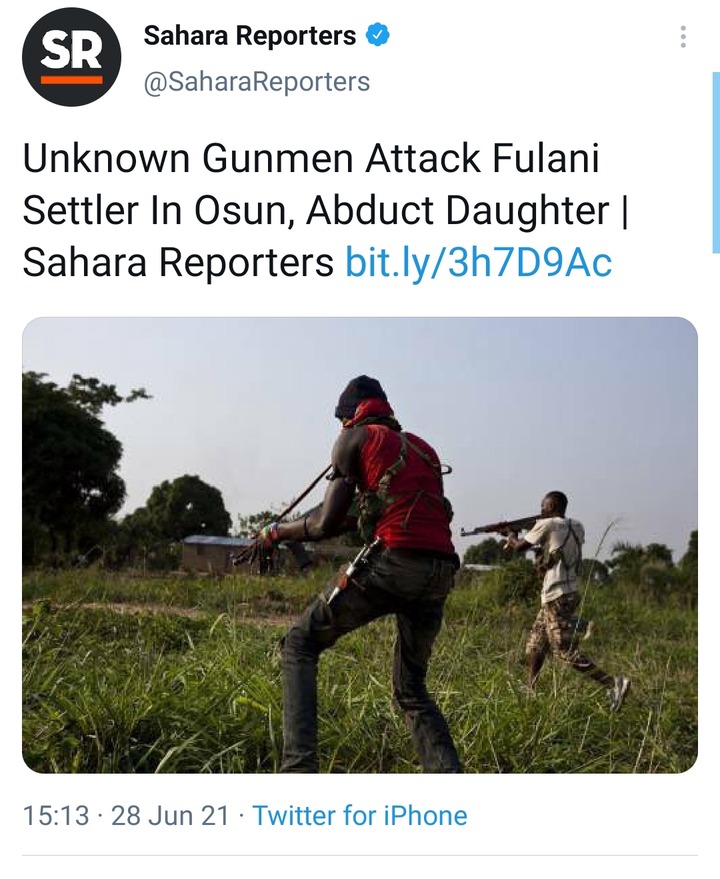 Unknown gunmen have attacked Alhaji Bayo Fulani of Ga- Fulani and abducted his daughter in the process.

The incident occurred on Sunday night in Ora-Igbomina area of the state.

It was gathered that the gunmen targeted killing Alhaji Fulani but bullets allegedly could not penetrate his body.

The assailants armed with guns having discovered that the father escaped their assault resorted to deal with the girl before they eventually took her away. 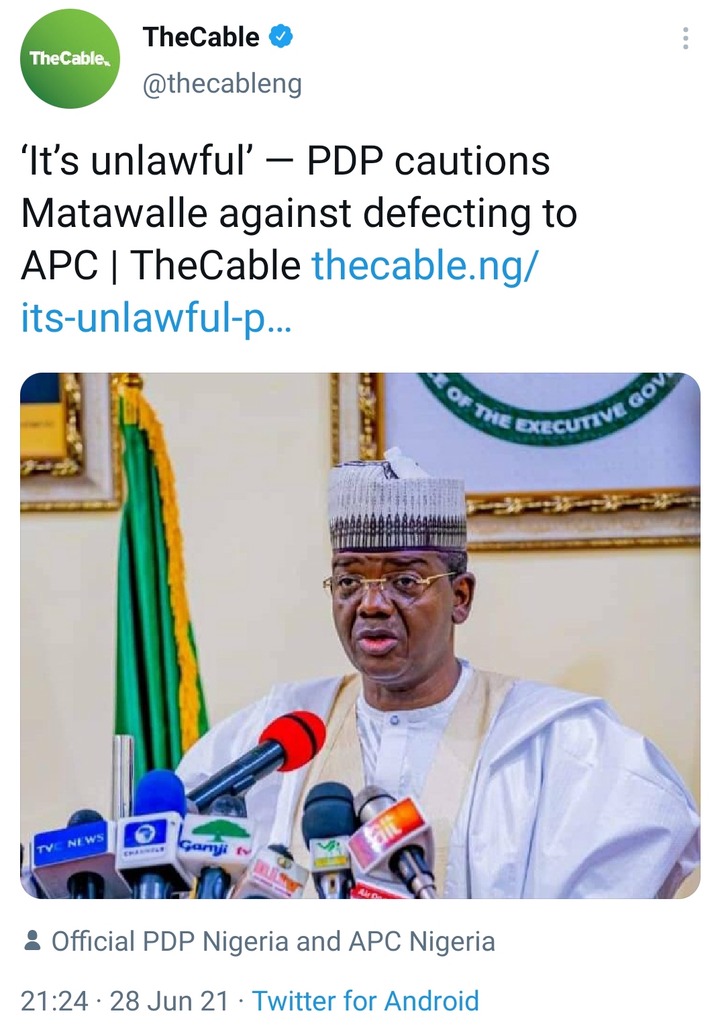 The Peoples Democratic Party (PDP) has cautioned Bello Matawalle, governor of Zamfara, against defecting to the All Progressives Congress (APC).

TheCable had reported that Yusuf Idris, an aide to the governor, had said Matawalle is set to join the ruling party on Tuesday.

In a statement by Kola Ologbondiyan, PDP spokesperson, the party said no law allows Matawalle to defect to another party since he was elected on the platform of the PDP.

The PDP warned Matawalle against the decision, adding that his position as governor will become vacant if he defects to the APC. 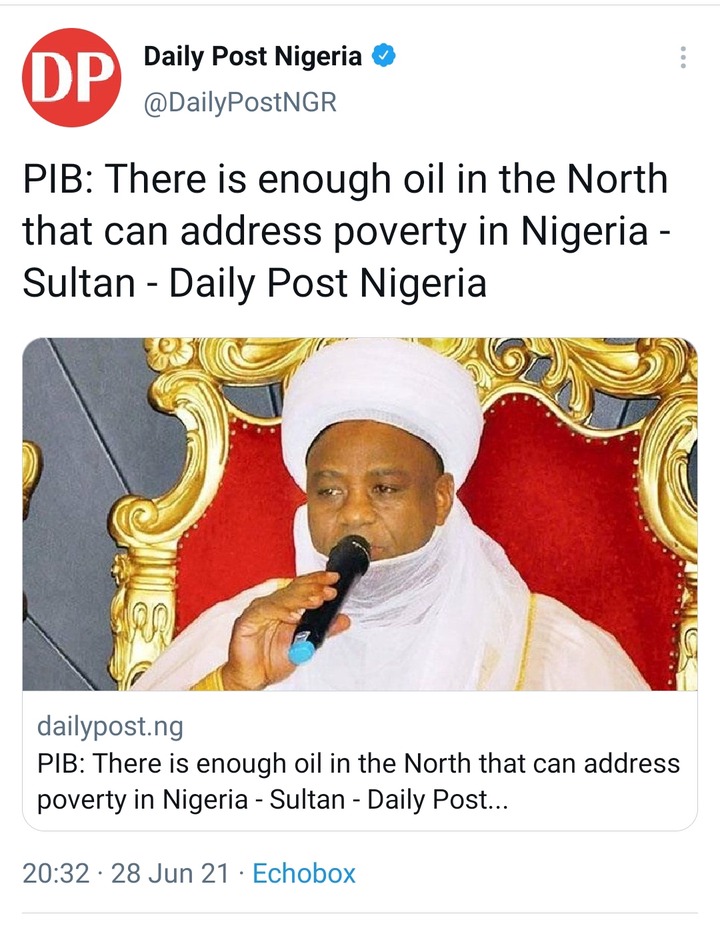 As the National Assembly is moving to pass the Petroleum Industry Bill, the members of the House of Representatives from the North are meeting leaders from the north to take a position on the bill.

The caucus on commenced a two-day retreat on the bill, with the Sultan of Sokoto, Sa’ad Abubakar, the Chairman of Arewa Conservative Forum, Audu Ogbeh, the governor of Nasarawa State, Abdulahi Sule, the Secretary to the Government of the Federation, Boss Mustapha, Minister of Federal Capital Territory, Mohammed Bello in attendance at the Zuma Resort in Niger State.

The Sultan said there is enough oil in the North that can address poverty and unemployment in the country. 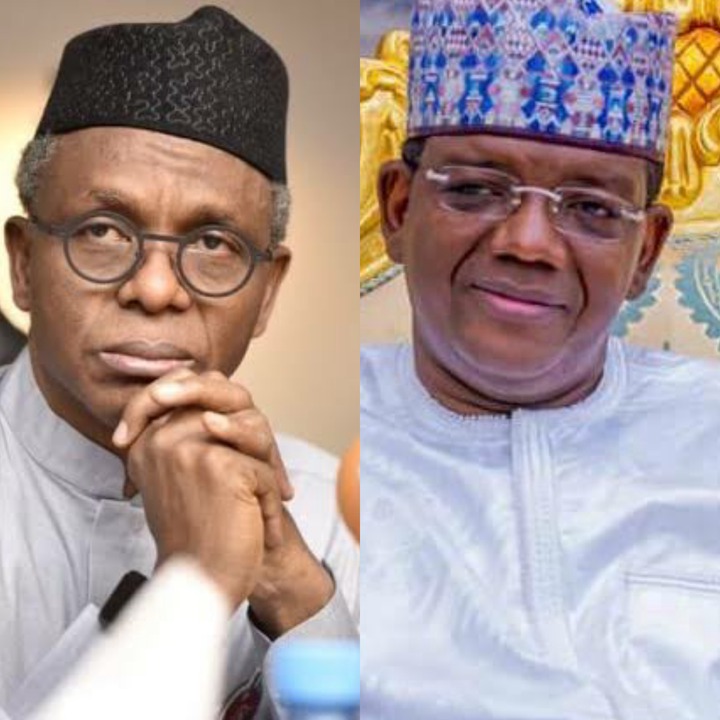