(Opinion) One month after the arrest of the murderer, where is the Justice for Iniobong Umoren?

By Weereporter (self media writer) | 7 months ago

A month ago, social media was abuzz with the news of the rape and murder of Miss Iniubong Umoren, a 26-year-old University of Uyo (UNIUYO) graduate of Philosophy. Late Miss. Iniubong was lured out of her home for a phony job interview, raped and eventually killed by the alleged murderer, Mr. Uduak Akpan. 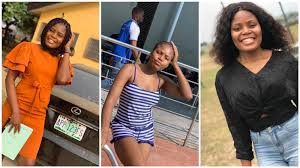 The suspect, Mr. Uduak Akpan, a 20 year old student of a private University in Akwa Ibom State, Obong University, had invited Late Miss IniObong for a job interview, after promising to give her the job. The innocent, unsuspecting lady, who was only looking for means to better herself, embarked on the journey after telling get friends and family, a journey she did not will end up with her being raped, murdered and buried in a shallow grave. 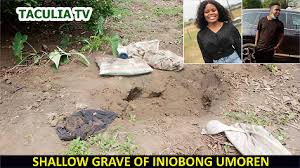 The murder would have gone unnoticed but for the timely intervention of her friend, Udeme, who raised a cry for help on twitter. This led to the arrest of the suspect, who confessed to the crime, and also confessed to the murder of several other girls.

Late IniObong was the latest victim of rape by violent abuses committed by men, who prey on the feminine gender. One month after Mr. Uduak Akpan was arrested alongside his father, nothing has been heard about proceedings of justice. 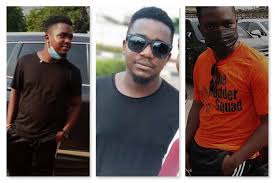 The big question is, where is the justice that was promised? What solace will the family of the deceased gain? If reports that Mr. Uduak Akpan actually confessed to the crime, why is justice delayed? 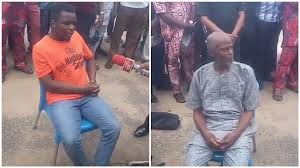 It pains me to write this post, but I personally mourn the death of Iniobong, because she was my classmate in nursery school. Rest in peace dear and may justice locate your killer.