By Enter10mentHub (self media writer) | 5 months ago 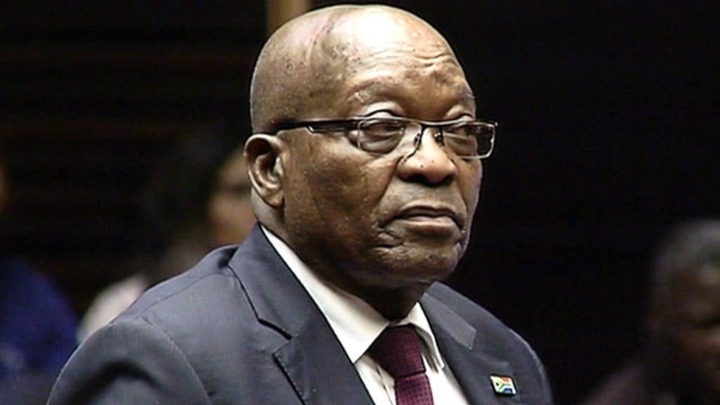 South Africa’s ex-President, Jacob Zuma was admitted to the hospital on Friday.

This is coming less than a week before Zuma, who was jailed for contempt of court last month, is due in court for a separate graft trial. 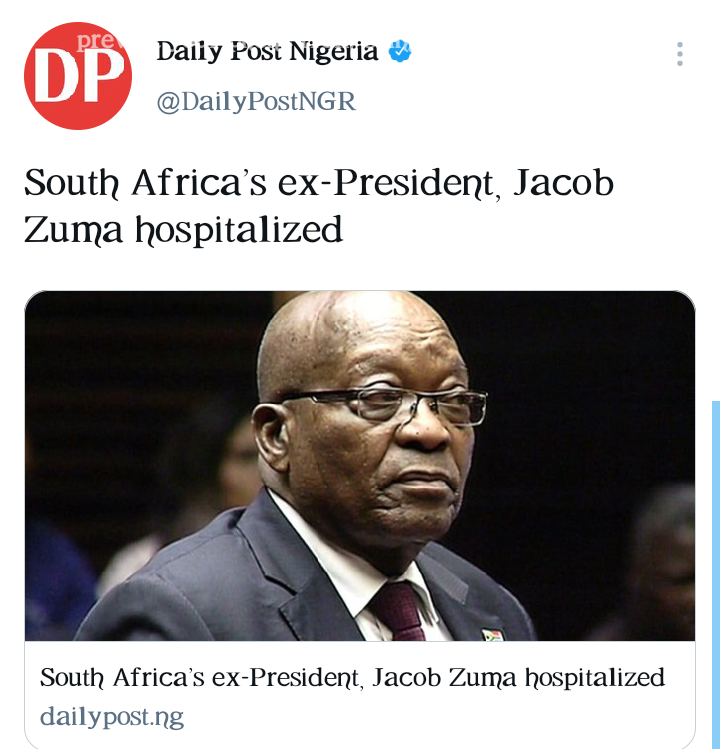 The Department of Correctional Services disclosed this in a statement on Friday.

It said in the statement that the Department of Correctional Services “can confirm that former president Jacob Zuma has today, August 6 2021, been admitted to an outside hospital for medical observation.”

No further reason was given for the hospitalization on Friday, apart from that, it was prompted by “a routine observation.”

Zuma is scheduled to attend the resumption of a long-running corruption trial on August 10.

Hajo Sarki-Bello has been appointed as the new Chief Registrar for Nigeria’s apex court, the Supreme Court following the expected retirement of the incumbent by this weekend. 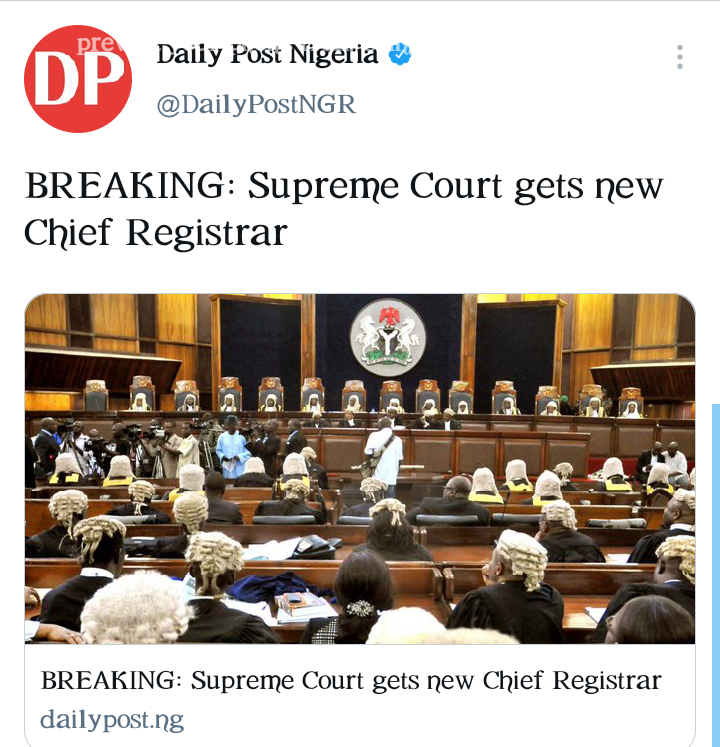 She is to replace Hajia Hadiza Uwani Mustapha whose tenure in office will end on Sunday, July 8, 2021.

Former military head of state, General Ibrahim Babangida, has declared that he has already seen the kind of person that would be next Nigerian President. 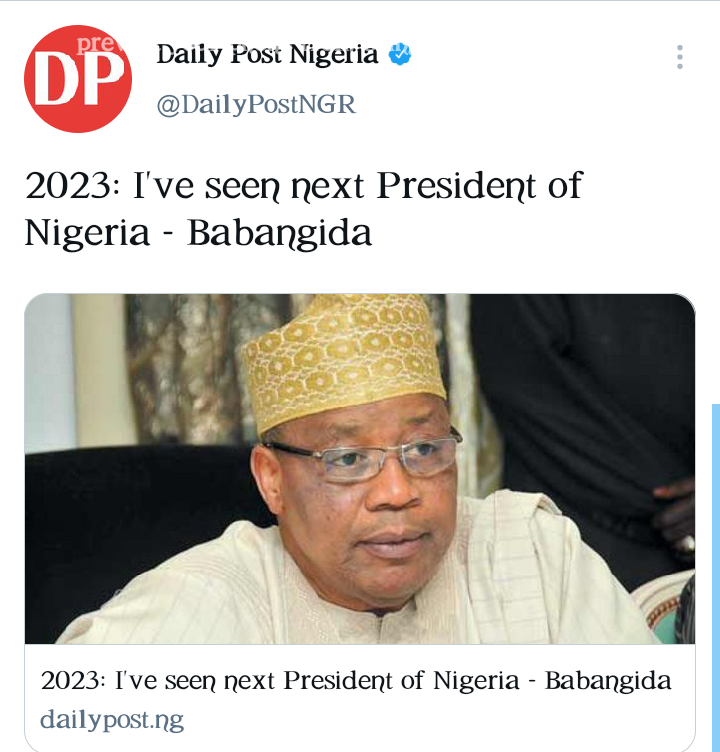 Speaking in an interview aired on Arise Television, IBB called on Nigerians to focus on individuals in their 60s come 2023.

IBB hinted at a few individuals, whom he said had the capacity to lead the country and effectively run its affairs economically and politically.

According to the former military dictator, bad leadership was a major reason for series of socio-economic challenges the country is being faced with.

IBB pointed out that at this point, Nigeria is in dare need of a leader who connects with the people, tries to talk with them and not the one who “talks on top of the people.”

“I have started visualising a good Nigerian leader. That is, a person, who travels across the country and has a friend virtually everywhere he travels to and he knows at least one person that he can communicate with,” he said.

“That is a person, who is very verse in economics and is also a good politician, who should be able to talk to Nigerians and so on. I have seen one, or two or three of such persons already in his sixties.”

When asked if the person could emerge victorious in the 2023 presidential election, Babangida added, “I believe so if we can get him.”

The Government of Abia State has received one of the four containers of medical supplies and equipments worth over $400,000 each donated by Project C.U.R.E. 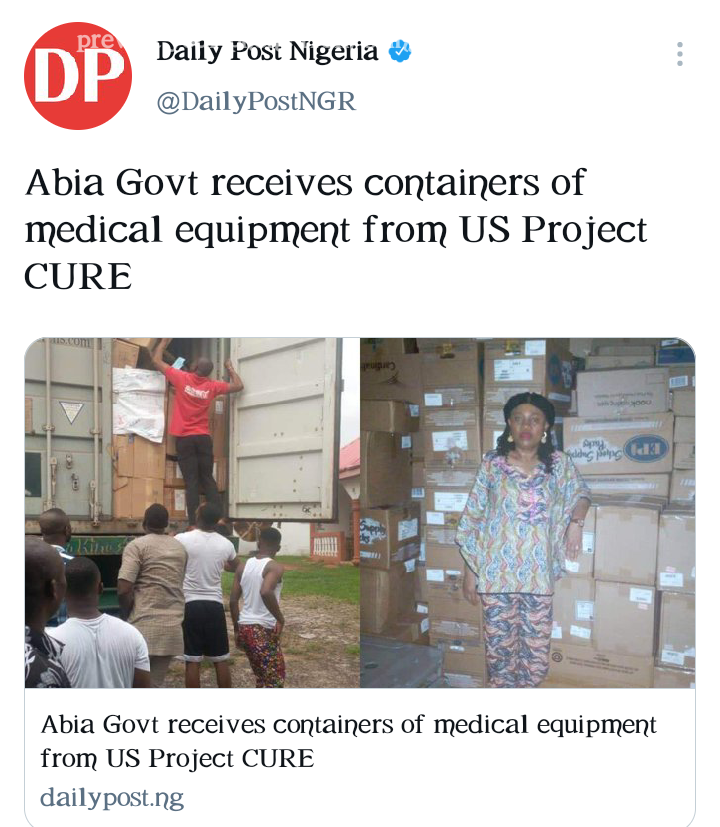 This was facilitated from the United States by Dr (Mrs) Ngozi Ogbonna-Erondu and Dr Edith Ugboaja from Abia State Diaspora Office.

The offloading of the containers of the medical equipment was done under the supervision of the State Commissioner for Health, Dr. Joe Osuji.

Speaking, Mrs Ngozi Ogbonna-Erondu who is the Senior Special Adviser to Governor Okezie Ikpeazu on Diaspora matters, thanked the Abia Chief Executive for all his support in ensuring that the goods were shipped to the state.

According to Erondu, the equipment and supplies will be used in the new Pediatric Hospital.

Project C.U.R.E is the world’s largest distributor of donated medical equipment and supplies to resource-limited communities across the globe, touching the lives of patients, families, and children in more than 135 countries.