Today's Headlines: Why Kayanmata Can't Work on Obi Cubana; Hushpuppi Pleads Guilty in the US.

By EdeBlog (self media writer) | 9 months ago 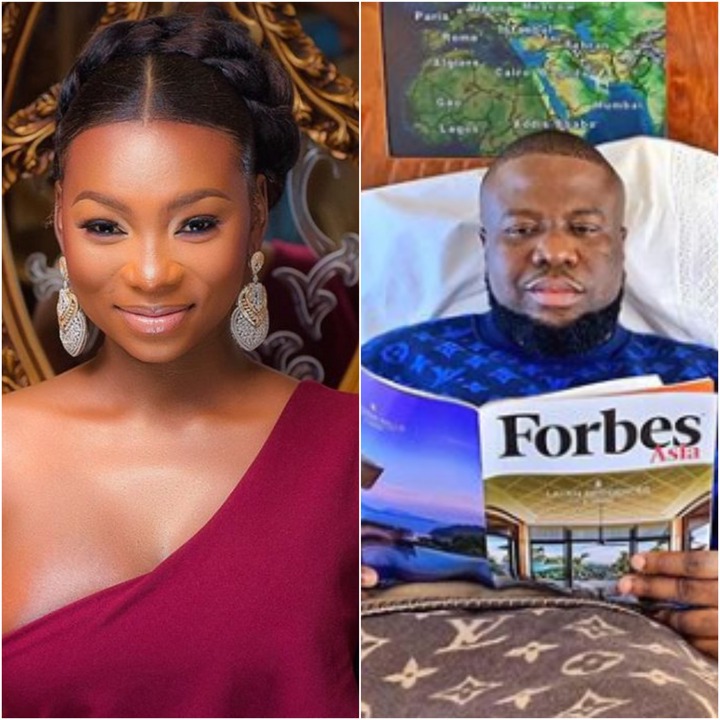 Nigerian aphrodisiac seller, Hauwa Saidu Mohammed, popularly known as Jaruma, has revealed that her much publicised kayanmata products will not work on multi-billionaires like Obi Cubana, Peoples Gazette reported. 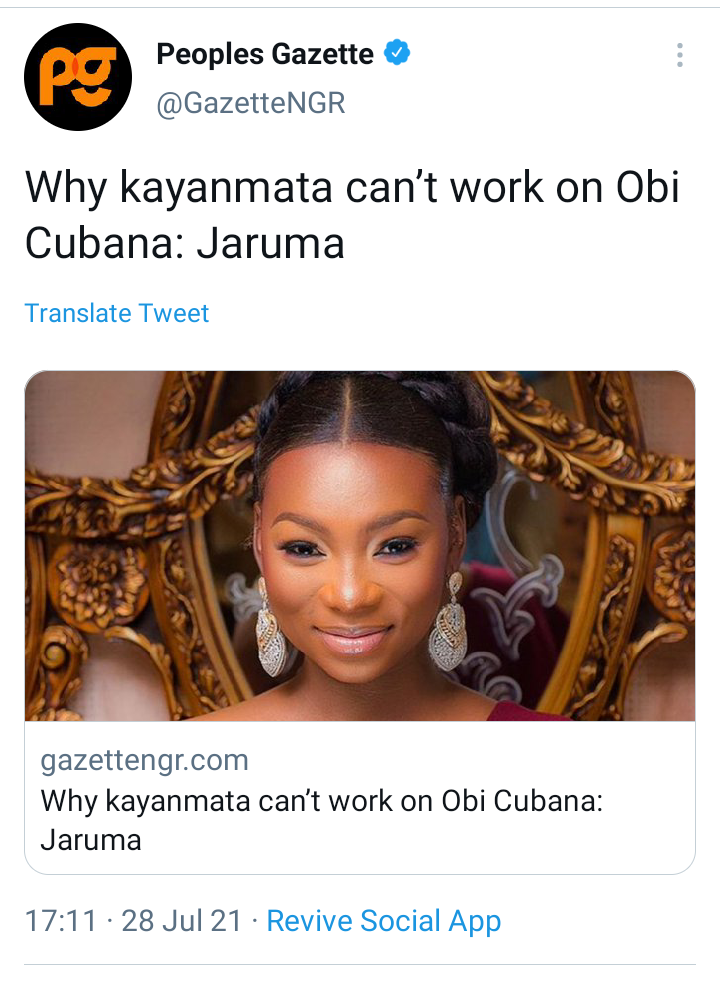 Alleged international fraudster, Ramon Abbas aka Hushpuppi, has agreed to plead guilty to charges including money laundering, wire fraud, felony amongst others brought against him by the United States District Court for the Central District Of California.

In a plea agreement document sighted by The PUNCH on Wednesday, Hushpuppi agreed to plead guilty as charged. The document was signed by Hushpuppi; his lawyer, Loius Shapiro; Acting United States Attorney, Tracy Wilkison, amongst others. It stated that Hushpuppi risks “20 years’ imprisonment; a 3-year period of supervised release; a fine of $500,000 or twice the gross gain or gross loss resulting from the offence”. 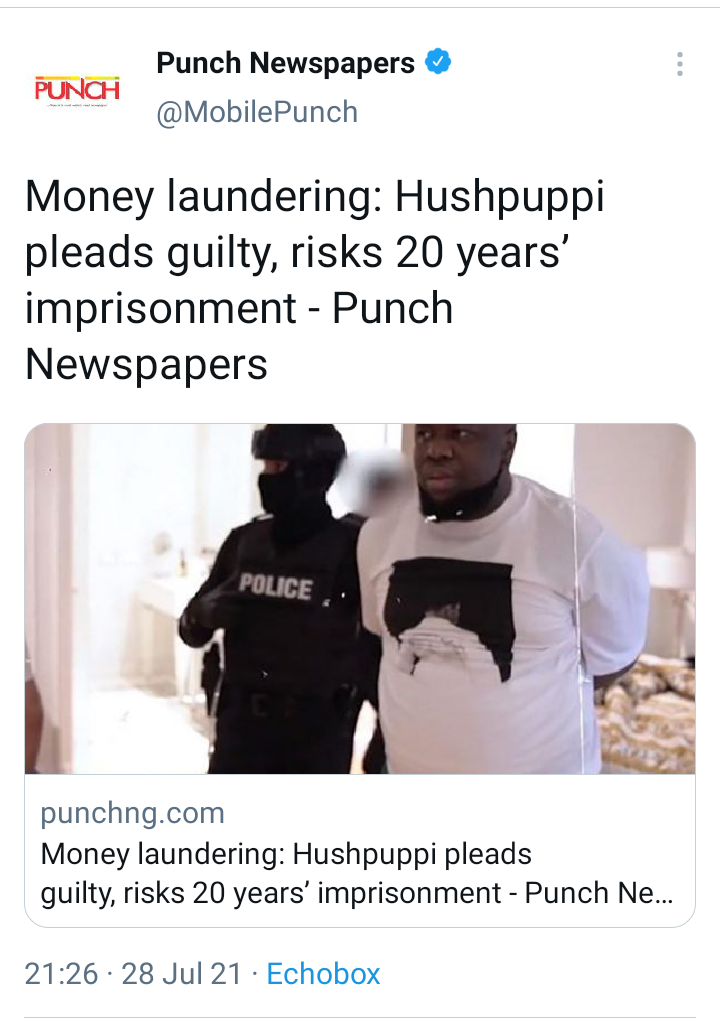 A Nigerian court has acquitted the leader of a banned Shia group Islamic Movement of Nigeria (IMN) of all eight criminal charges against him, AlJazeera reported. 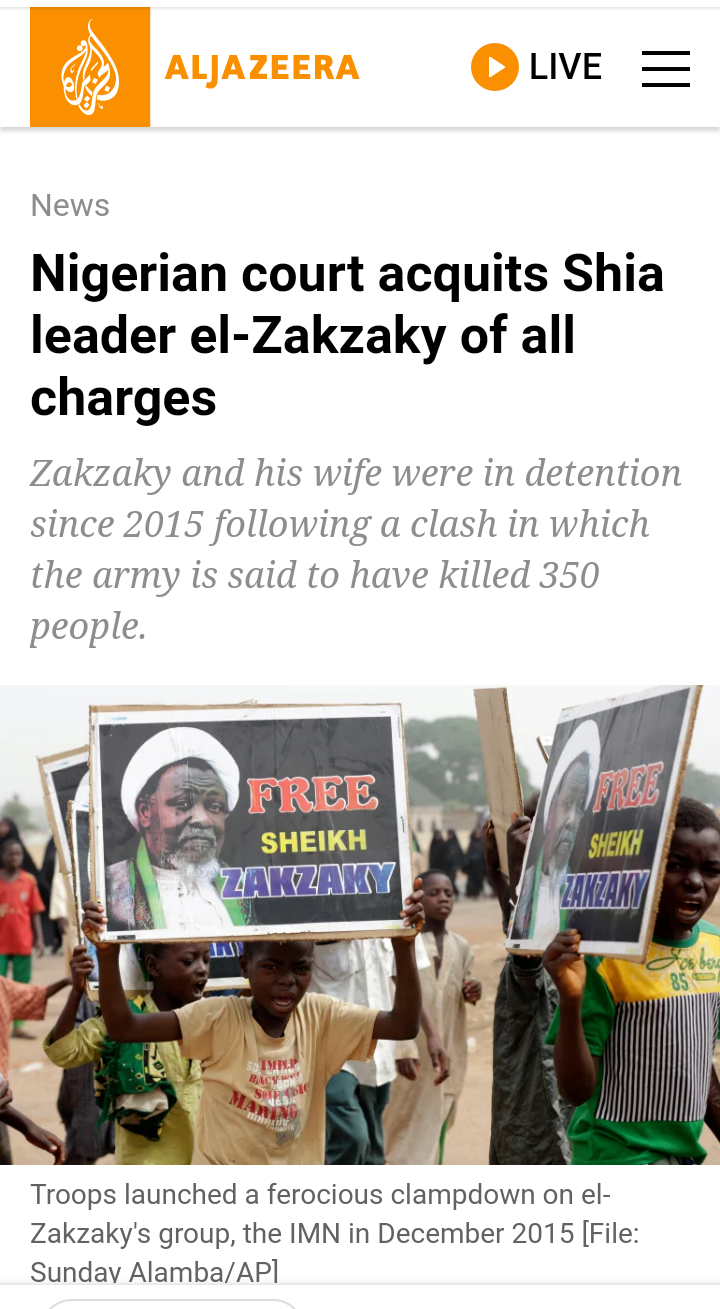 El-Zakzaky and his wife were in detention since 2015 following a clash in which the army is said to have killed 350 people. They had been facing a range of charges filed by the state government in 2018, including aiding and abetting homicide, unlawful assembly and disruption of public peace. “None of the 15 prosecution witnesses proved they committed the offence,” defence lawyer, Sadau Garba told the AFP news agency after Wednesday’s hearing, adding that the couple had been acquitted and “regained their freedom today”. 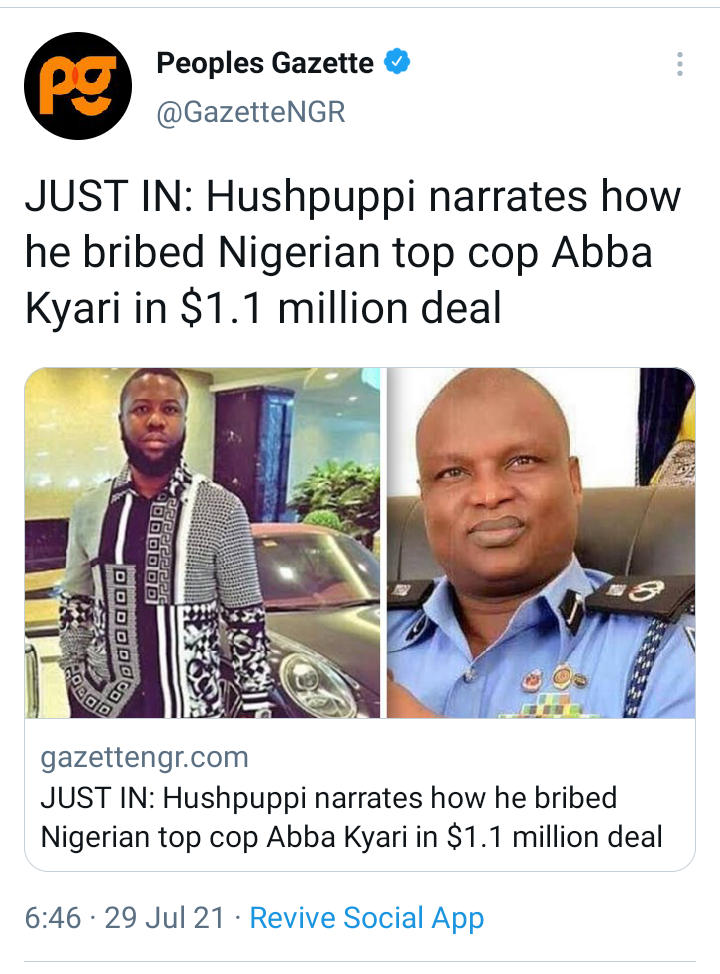 Mr Abbas asked Mr Kyari to arrest and jail a fellow fraudster Kelly Chibuzor Vincent after both were locked in a dispute presumably over how to share the $1.1 million loot received from the Qatari businessperson. Mr Vincent subsequently contacted the victim and informed him that he was being scammed by a syndicate involving him and Mr Abbas.

Content created and supplied by: EdeBlog (via Opera News )