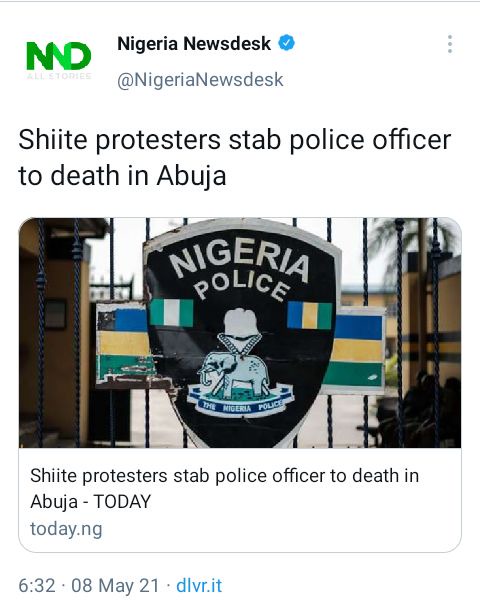 The Police Command in the Federal Capital Territory (FCT) said one of its officers, ASP Ezekiel Adama, was on Friday stabbed to death during a violent protest in Abuja.

The Police Public Relations Officer (PPRO) in the FCT, ASP Mariam Yusuf, disclosed this in a statement in Abuja.

Yusuf said that the deceased deployed to restore calm during a protest by members of the disbanded Islamic Movement in Nigeria (IMN), was stabbed to death by one of the protesters. He said that the command had successfully restored calm, after professionally, dispersing the violent protesters at Berger round-about, Abuja. 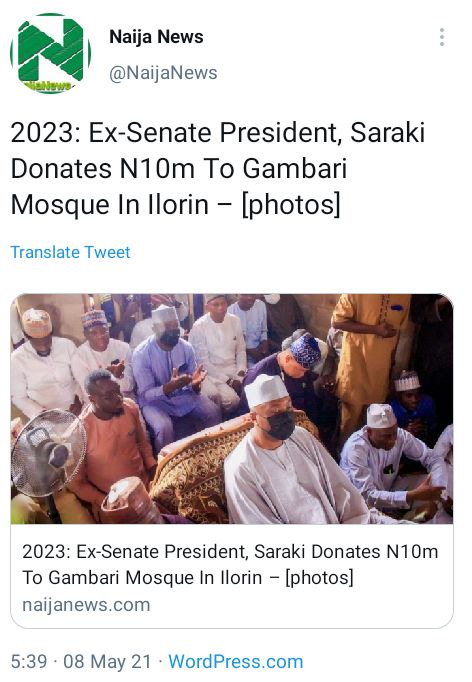 The Peoples Democratic Party (PDP) chieftain disclosed this in a post on his official Twitter handle some moments ago. Naija News had reported earlier that Saraki was received with cheers by a crowd at the Gambari mosque on Friday, May 7 when he visited the Imam of Gambari Tafsir prayers. Speaking about his visit to the prayer house, Saraki shared photos of himself and others during the Tafsif prayers, confirming that he donated the N10m to aid the completion of the uncompleted mosque where he also observed his Jumu'ah prayers. 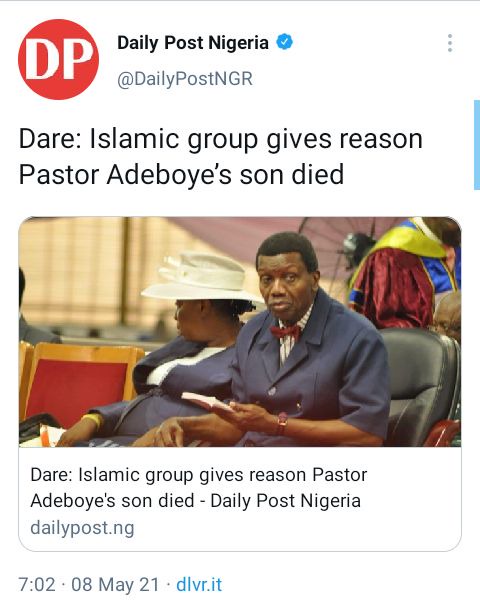 The Muslim Rights Concern (MURIC) has said that God had allowed the death of Dare, third son of Pastor Enoch Adeboye, to test the faith of his father and that of his church members.

The group said this in a message of condolence it sent to Pastor Adeboye, who is the General Overseer of the Redeemed Christian Church of God (RCCG).

DAILY POST reported that Dare, one of the sons of ‘Daddy G.O’, died in his sleep on Wednesday night at his home in Eket, Akwa Ibom State.

Dare's funeral rites begin on May 9 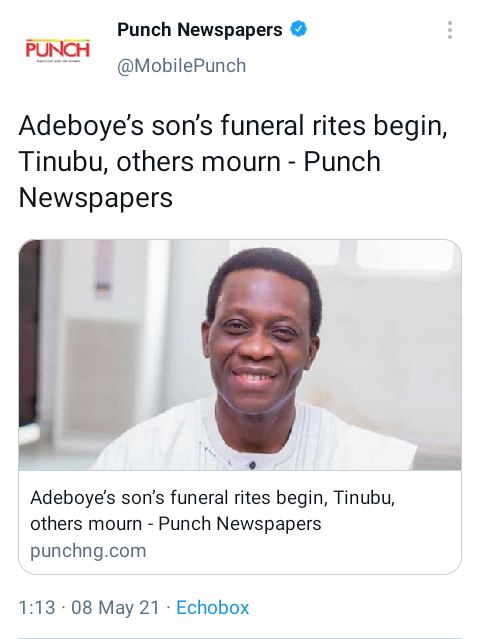 The Redeemed Christian Church of God will on Sunday begin the funeral rites for late Pastor Dare Adeboye, the son of the General Overseer of the church, Pastor Enoch Adeboye. Dare died in his sleep on Tuesday at Eket, Akwa Ibom State, where he was a youth pastor.

A statement by the church signed by Leke Adeboye, the younger brother of the deceased, said a special service would be held on Sunday, May 9, at the City of David Youth Church in Eket, Akwa Ibom.

The statement said thanksgiving songs and tribute would be held on Monday, May 10, between 4 pm and 6 pm, at the RCCG House of Favour, Redemption Camp, Lagos-Ibadan Expressway. 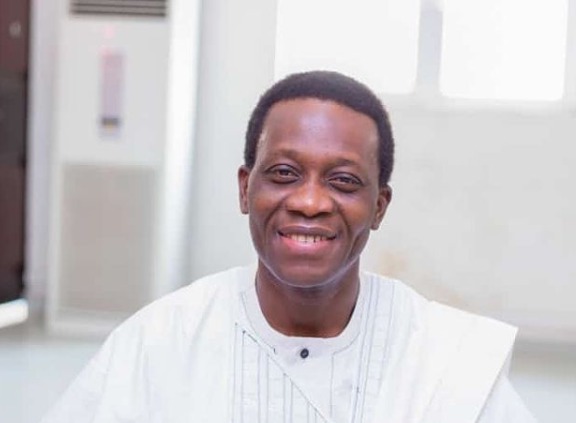 "My Efforts To Talk To Her At A Wedding Was Abortive, Until I Bumped Into Her Again In Abuja" - Man recounts