A woman who was on Thursday, October 14, sentenced to three years imprisonment after she was found guilty of defrauding her victims to the tune of N6.2 million, has been given an option of N30,000 fine as a replacement for the conviction.

The woman, whose name was given as Amina Lawal Yahaya Gumau (also known as Amina Jauro), was sentenced to three years imprisonment by Justice. K. Sambo of the Bauchi State High Court, Bauchi.

She was sentenced after being found guilty of a three-count charge of cheating and forgery to the tune of N6.2 million brought against her by the Gombe Zonal Command of the Economic and Financial Crimes Commission (EFCC). 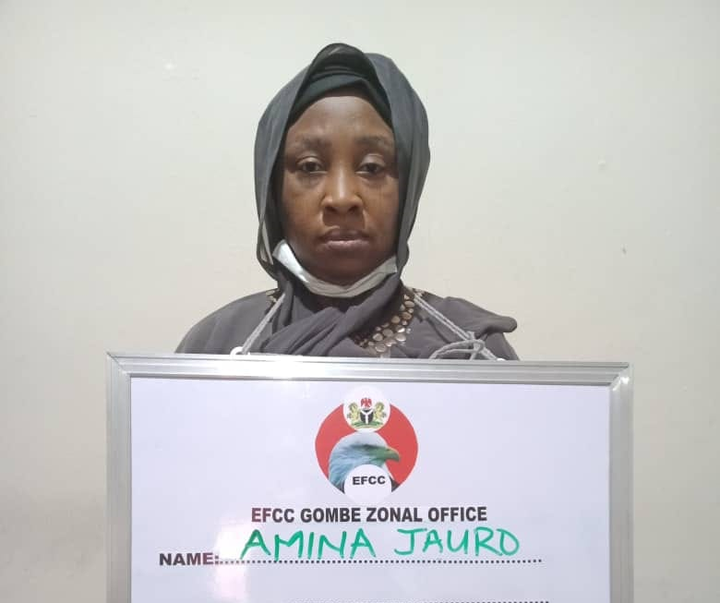 What made the whole judgment curious was that after she was found guilty of the three-count charge against her, the trial judge sentenced her to three years imprisonment. The judge however gave her an option of N30,000 fine.

According to a statement by the anti graft commission posted on its Facebook wall on Thursday evening, when the charges were read to her in the court, she was said to have pleaded guilty and this paved the way for her conviction and sentencing.

It was gathered that the woman was arrested by the operatives of the EFCC following petitions received from her victims who claimed that she defrauded them to the tune of N6.2 million in an investment deal that was not disclosed by the commission.

Following her guilty plea at the court, Justice Sambo thereafter sentenced her to three years imprisonment. The judge however gave her an option of N30,000 fine.