By beautification (self meida writer) | 24 days

A young unidentified Nigeria man who just returned from UAE shared his ordeal with Nigerian police the day he returned to the country. 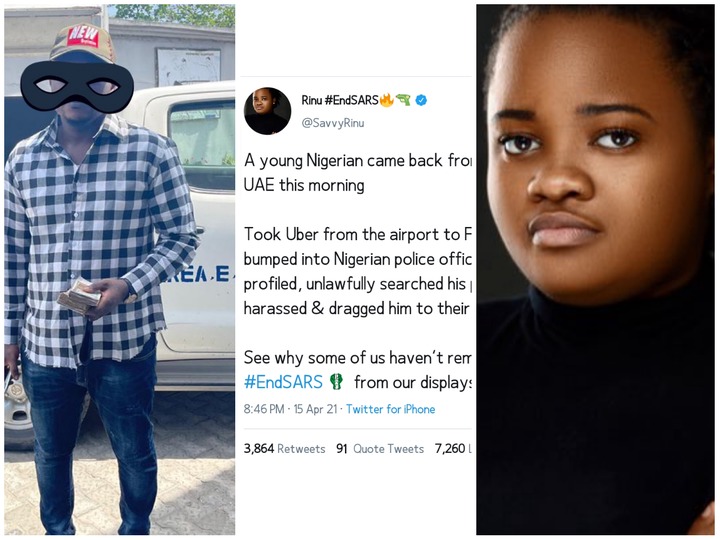 The young man who said he was harassed and extorted by the Nigerian policemen who stopped his Uber which took him from the airport to Festac.

The story of the man was narrated by one of the backbones of #EndSARS protest, Savvy Rinu on Twitter.

Read how it all began below; 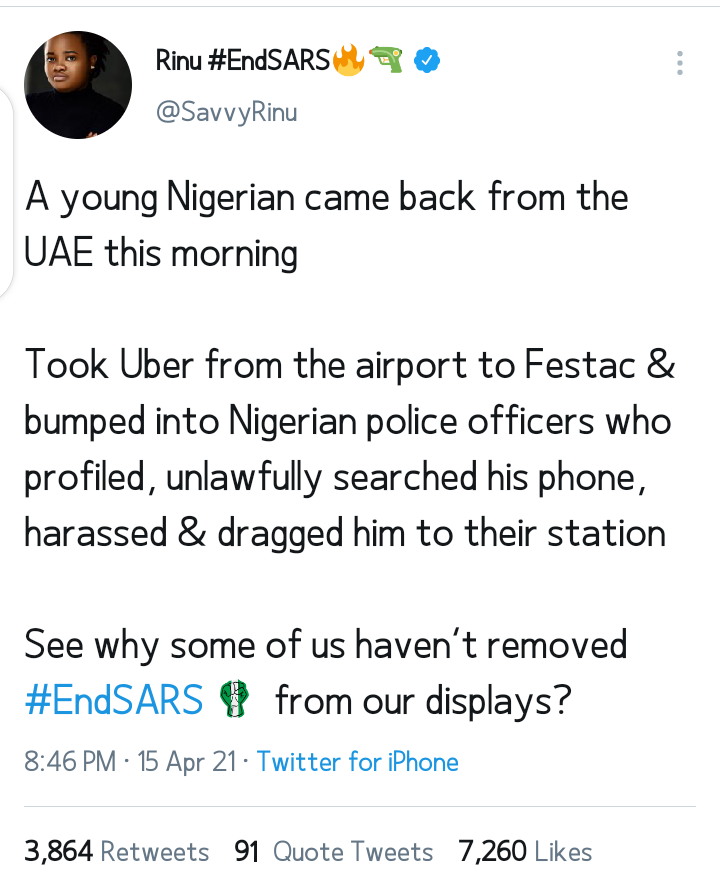 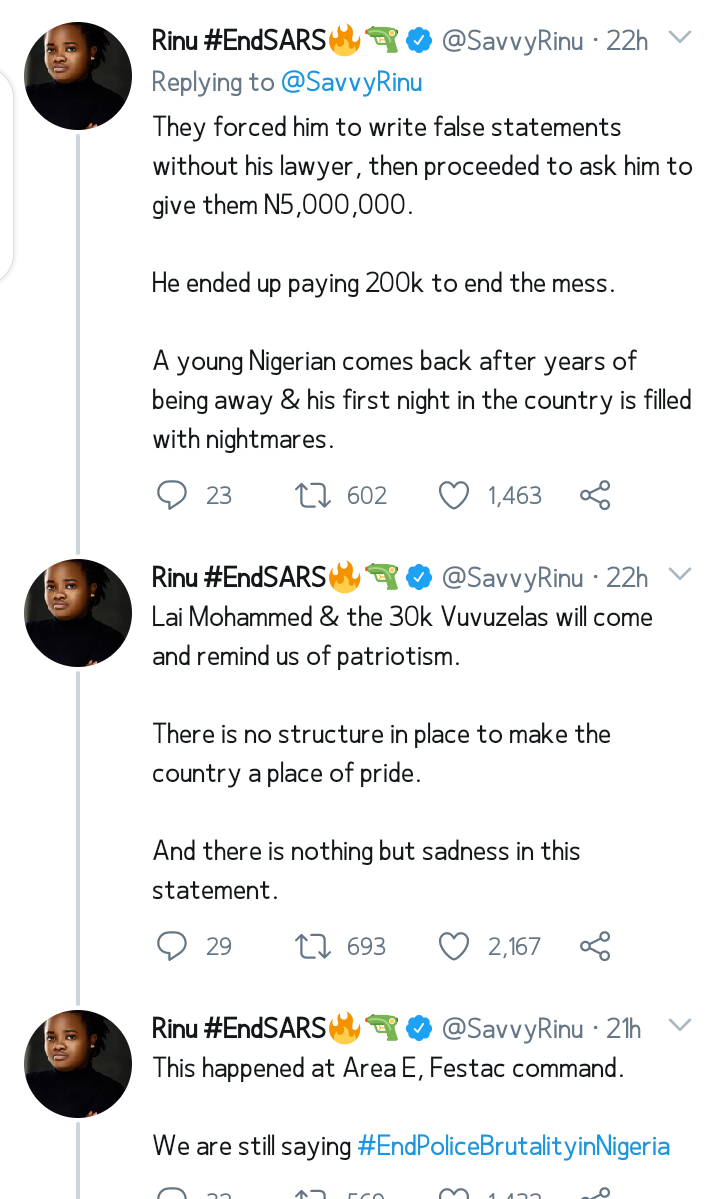 After the likes of Rinu and some other prominent nigerians got to know about the young man who was harassed and made to write a false statement which led to him doling out 200 thousand naira to bail himself out of the station.

A new update showed that the policemen who were involved in the vicious act have called the man back to their station and returned his money to him. 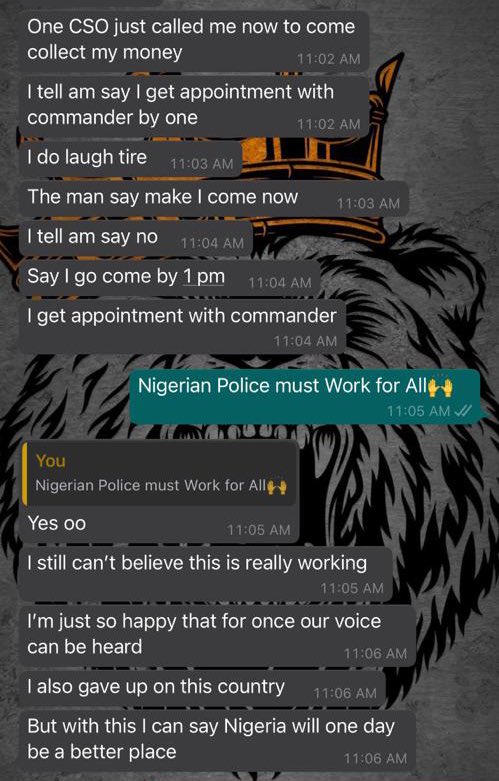 The young man said the CSO of the station called him to come back to the station and get his 200k as soon as possible. 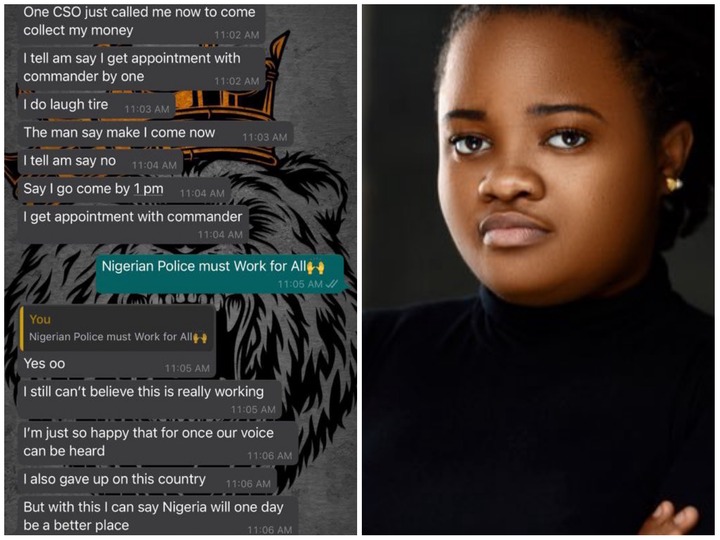 Fast forward after the man shared the chat to Savvy Rinu, the activist posted new pictures of the supposed man who was extorted with the same amount of money returning from the police station. 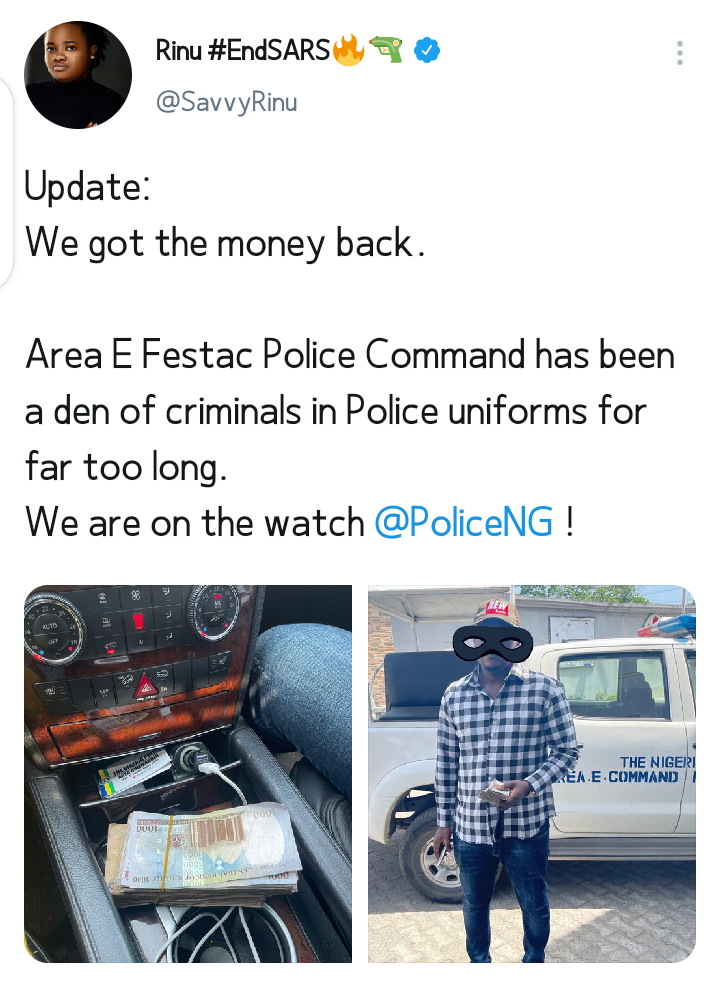 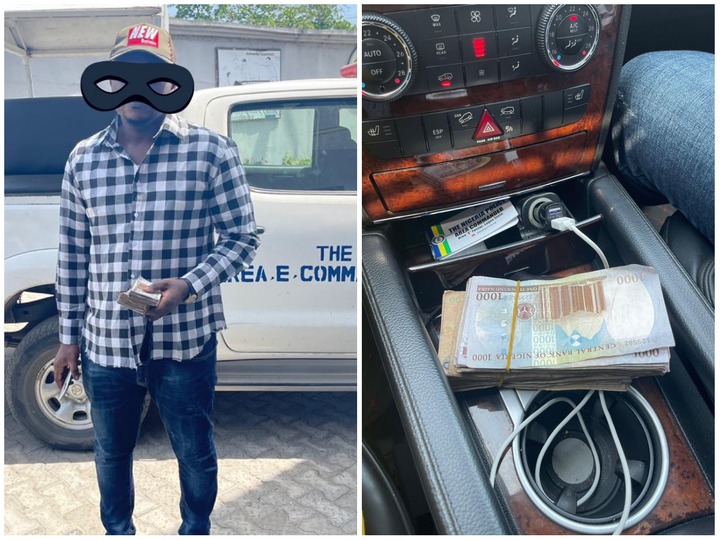