By Castro_cahn (self media writer) | 9 months ago Although the 1999 constitution does not clearly stipulate any form of punishment for agitations, some security operatives have over the years continued to treat protesters in the most dehumanizing manners. They have continued to arrest, beat and imprison Nigerians seen agitating or protesting in public.

In our today's political discussion, we will be looking at what Joe Igbokwe said after Chief of Defence Staff, Lucky Irabor said "It is not the job of the military to stop anyone from agitating.

Joe Igbokwe has reacted after CDS, Lucky Irabor said that it is not the job of the military to stop any Nigerian agitating for whatever he or she wishes. According to Igbokwe, the revelation made by Lucky Irabor clearly shows that the military is fair and impartial under the Buhari-led administration. Igbokwe however stressed that this is a good development and a way to go. Here is what he said, " The way to go, we'll speak Sir", he said. 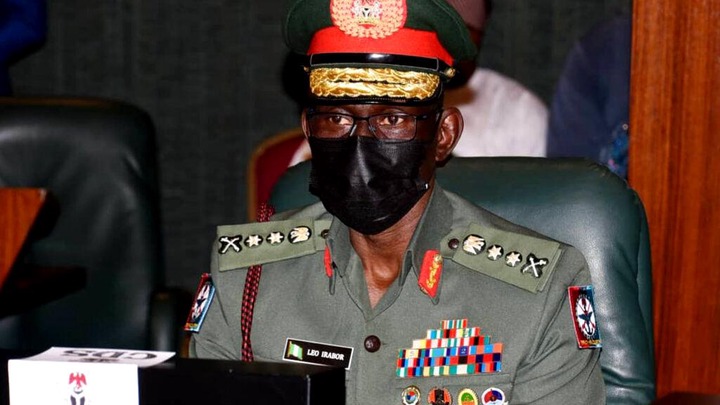 If you recall, CDS, Lucky Irabor stated clearly that it is not the job of the military to go against anyone agitating. Irabor expressed that the constitution of the Federal Republic of Nigeria clearly stipulates what a person must do when he or she feels cheated. He however frowned at those destroying and killing innocent Nigerians in the name of agitation. Here is what he said, "it is not the job of the military to stop anyone from agitation for whatever he so wishes, it is a political thing. But what we are against is having to use the instrument of violence to bring about the agitation". 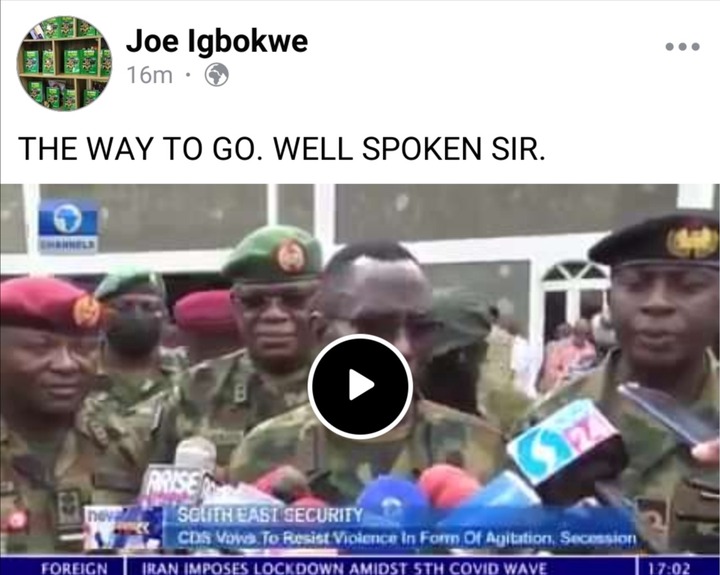 Here is a link to each video;

This post has attracted a lot of attention as many people are reacting to it. The majority is of the view that this is indeed a good move. They praised Chief of Defence Staff, Lucky Irabor for making such public.

There are a few others who think differently. This category of people argued that the junior military officers, police officers need to be informed and retrained on human rights matters.

• Do you think that CDS, Lucky Irabor is right?.

• Do you think that this is a good development as Igbokwe said?.