By Gisting (self media writer) | 8 months ago 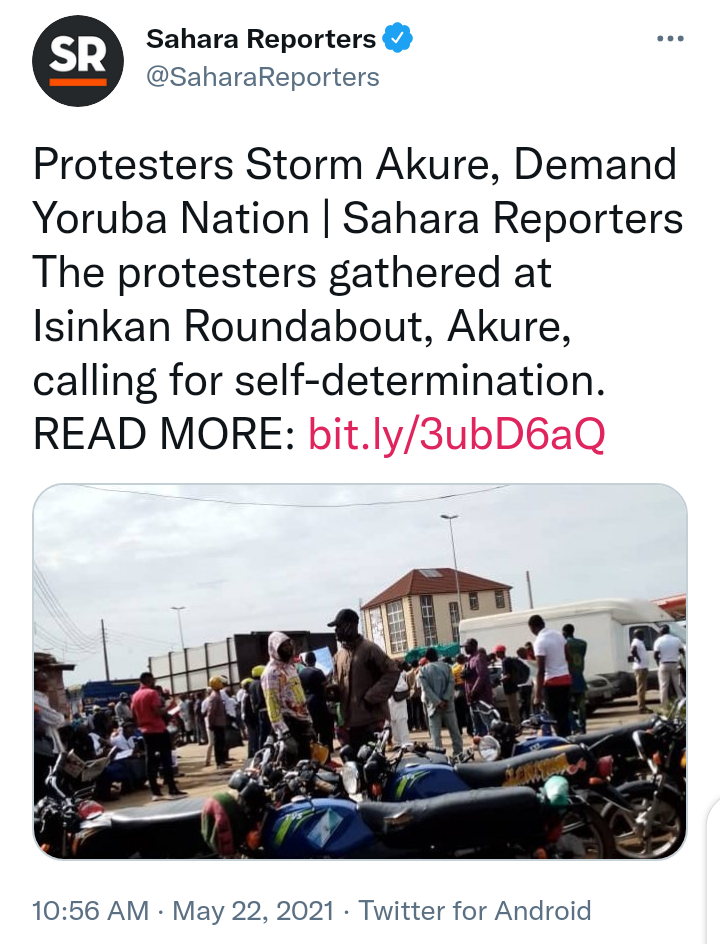 Again, agitators for the independence of the Yoruba nation stormed Akure, the Ondo State Capital, on Saturday.

According to Sahara Reporters, One of the agitators, who identified himself as Tosin, said, "We know why we call for Oduduwa Nation. We know how hard it is to survive right now. Should we be slaves to the Hausas? No. God has given the Yorubas all the resources needed for survival.

Another agitator, Deborah, lamented the rate of unemployment and insecurity in the country. She said, "Enough is enough. We are tired. There are no jobs for the youth, the security architecture is terrible". 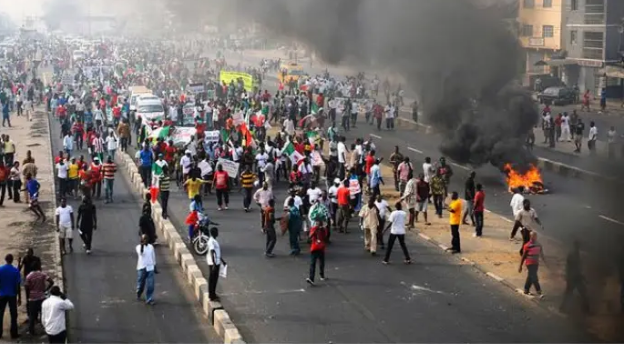 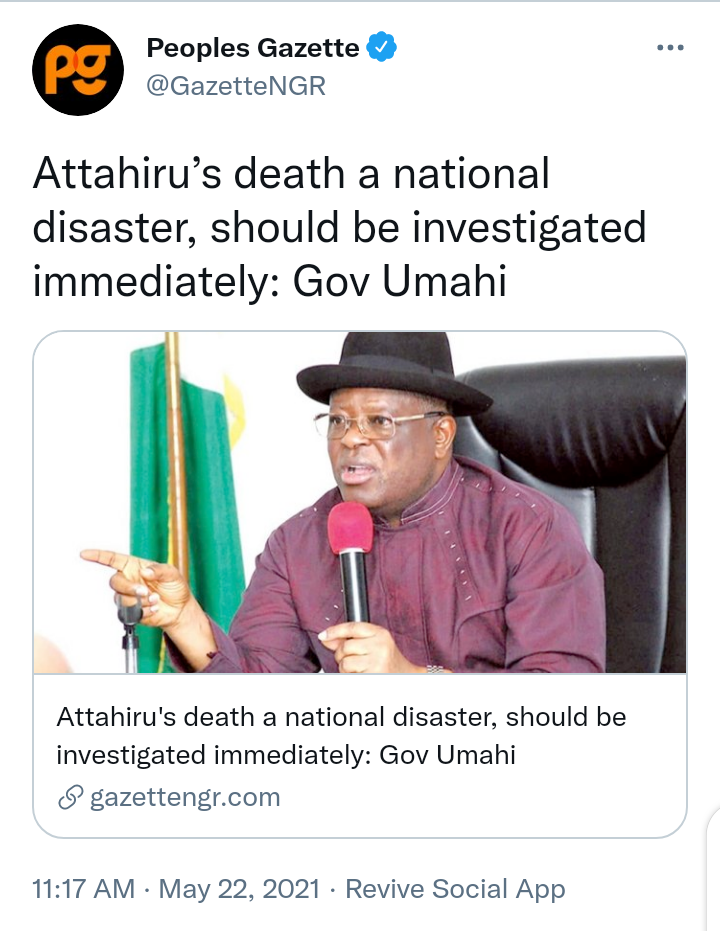 Governor David Umahi of Ebonyi has described the death of Chief Of Army Staff, Lieutenant-General Ibrahim Attahiru as a “national disaster” and a “colossal loss” that should be investigated immediately.

The governor made the remark in his condolence message to President Muhammadu Buhari on Saturday.

Mr Attahiru and 10 military officers perished in Kaduna as a military aircraft conveying them from Abuja tried to land at the Kaduna Airport Friday evening.

Buhari Shocked Over The Death Of Attahiru 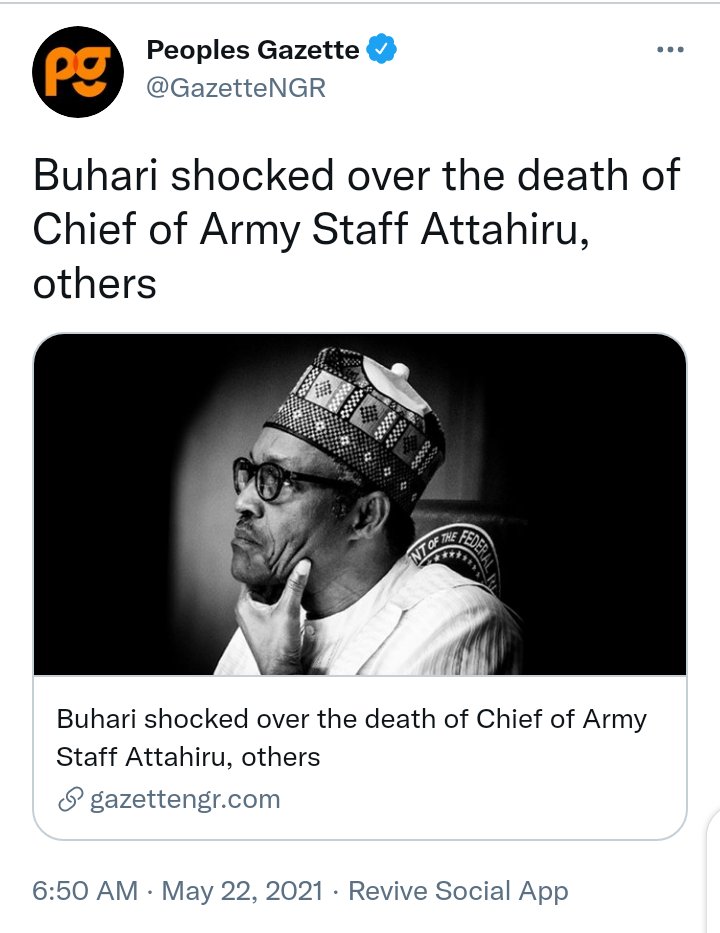 President Muhammadu Buhari on Friday expressed shock at the demise of Chief of Army Staff Ibrahim Attahiru and other military officers who died in a plane crash in Kaduna.

Mr Buhari in a statement by his spokesperson Femi Adesina described Mr Attahiru and others as “heroes who paid the ultimate price for peace and security in the land.”

People Gazette on Friday reported that Mr Attahiru, 54, who was appointed chief of army staff on January 26, died in a plane crash at Kaduna. 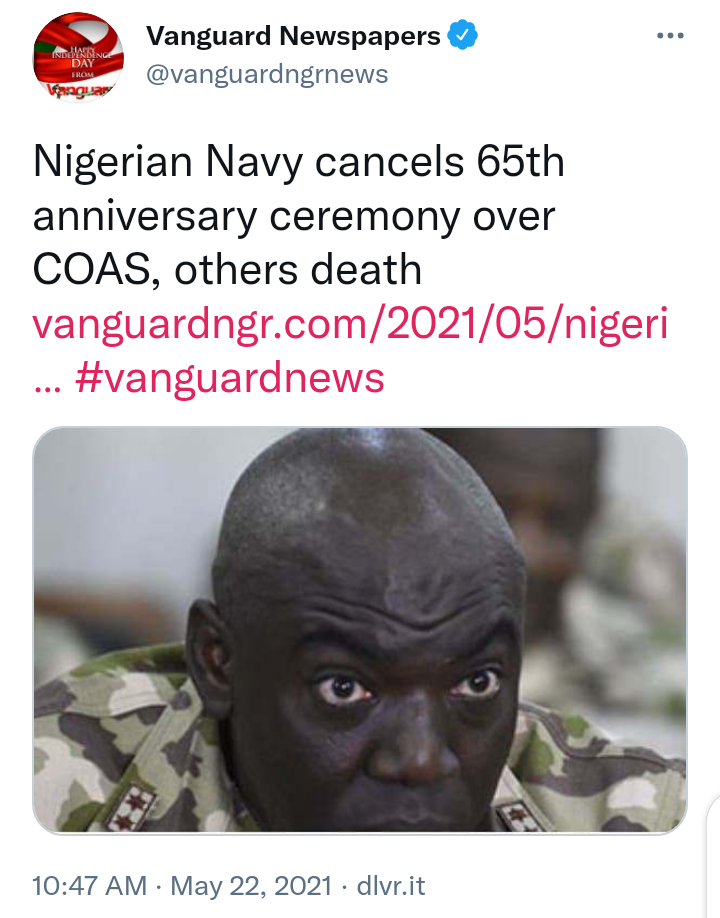 Activities lined up for the celebration of the Nigerian Navy’s 65th anniversary have been cancelled following the death of the Chief of Army Staff, Lieutenant General Ibrahim Attahiru and 11 others, in the ill fated aircraft crash in Kaduna State, yesterday.

The Chief of the Naval Staff, Vice Admiral Awwal Gambo, handed down the directive in a statement signed by the Director of Information, Commodore Suleiman Dahun.

The statement reads: ” The Chief of the Naval Staff Vice Admiral Awwal Gambo has directed the cancellation of the events marking the 65th Anniversary of the Nigerian Navy. 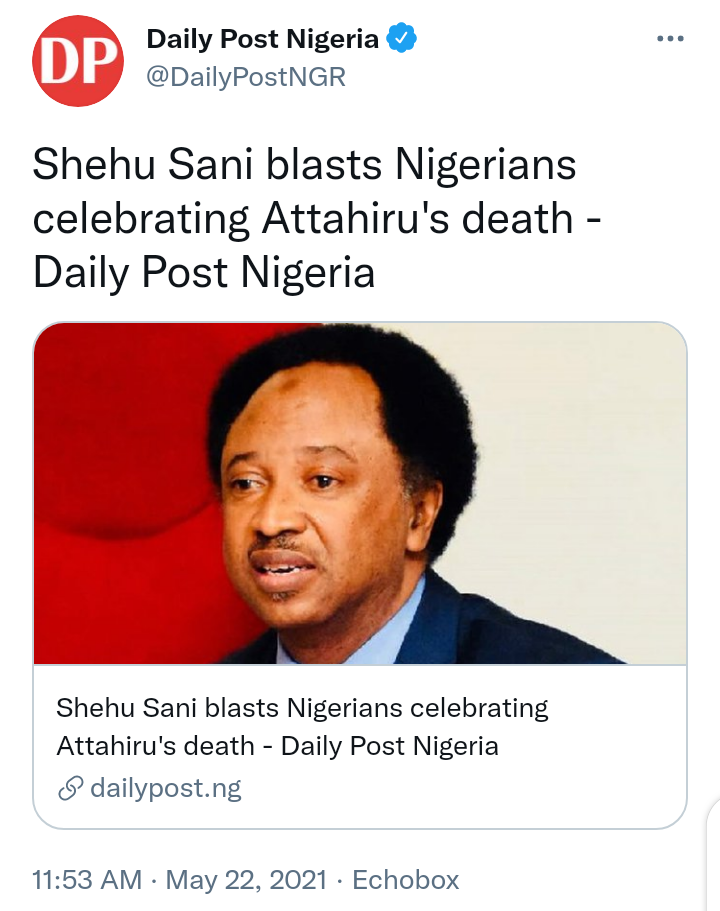 Senator Shehu Sani, who represented Kaduna Central in the 8th National Assembly, has slammed some Nigerians celebrating the death of the Chief Of Army Staff, Lieutenant General Ibrahim Attahiru, who died alongside other top military officers in an air crash on Friday.

While Nigerians mourn the death of General Attahiru, Shehu Sani on his official Facebook page on Saturday alleged that some Nigerians are rejoicing over the ugly incident.

He lamented how some elements would celebrate the death of other persons stressing that such people are evil.