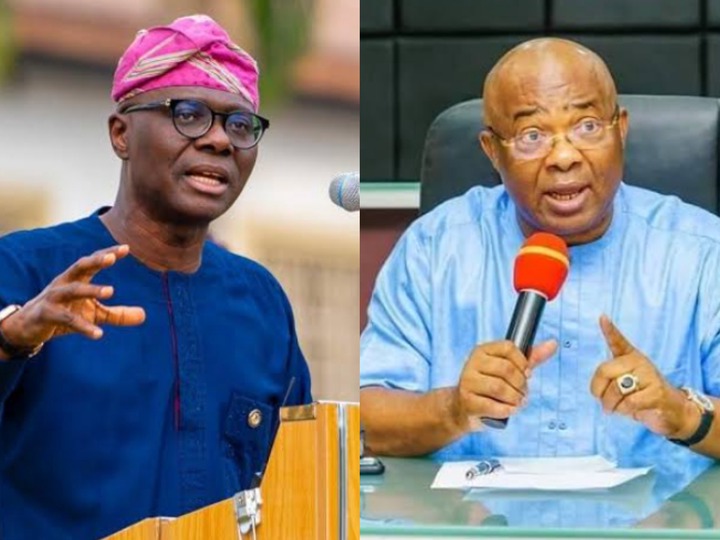 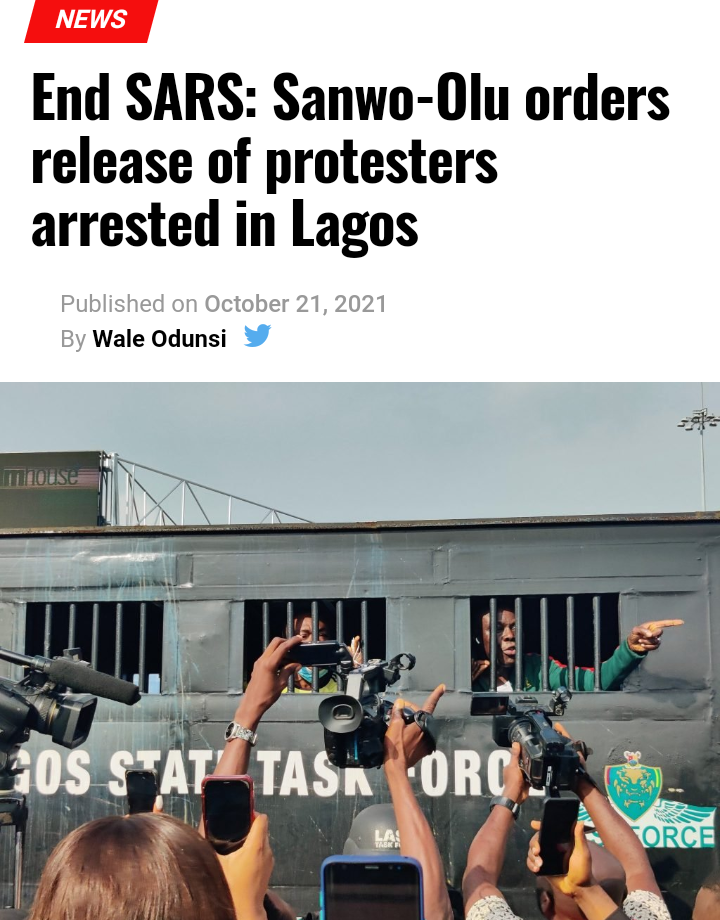 Lagos State Governor, Babajide Sanwo-Olu on Thursday ordered the police to release all End SARS protesters arrested in the state.

The commemoration of the October 20 Lekki toll gate shooting by the military took place on Wednesday.

Sanwo-Olu directed that all innocent and peaceful citizens picked up be freed immediately.

Only the man caught at the toll gate with dangerous weapons, including a machete, will be prosecuted.

“Everyone arrested in connection with the protest have all been released, except an individual that was caught with dangerous weapons.

“He who confessed to the police that he joined the protest to cause mayhem,” the governor disclosed.

Sanwo-Olu commended the police for being alive with its responsibility to identify and isolate troublemakers from among law-abiding people.

The Lagos helmsman appealed to youths to be stakeholders in the development of the state and reiterated his commitment to reconciliation.

Sanwo-Olu urged them to join the rebuilding effort to restore the operating capacity of institutions affected in the destruction recorded in 2020. 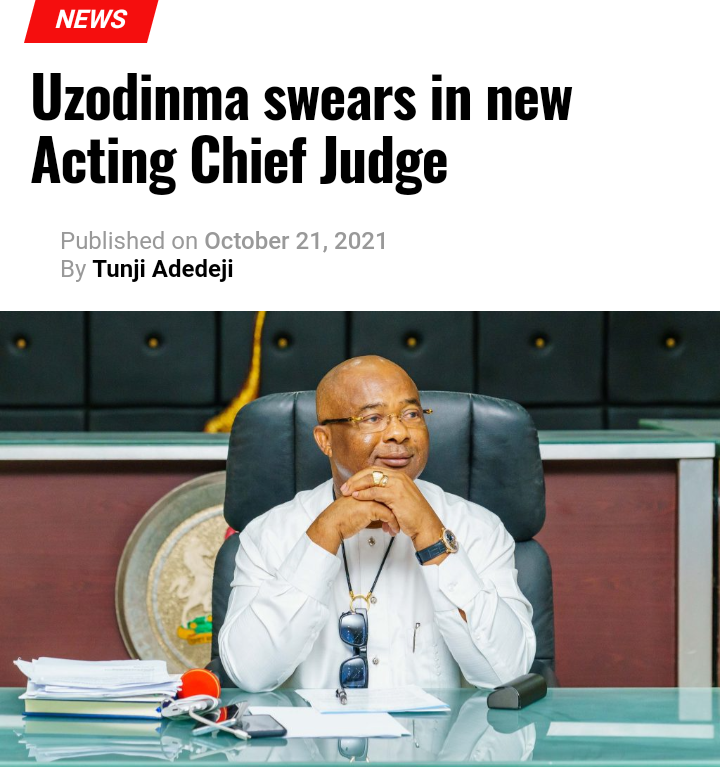 The Governor, while performing the exercise noted that the appointment of the new Acting Chief Judge “does not in any way signal the demotion or undue elevation of any member of the Bench – It is part of the continuing commitment to the procedural process in the appointment of a substantive Chief Judge of Imo State. Both members of the Bench and Bar are all aware of this processes”.

Uzodinma said the appointment was a step towards strengthening the State’s Judiciary.

According to the governor, ” It is on that premise that I charge both members of the Bench and Bar to see the appointment of Honourable Justice Theresa Eberechukwu Chukwuemeka Chikeka as the acting Chief Judge of the State as a necessary step towards making Imo State judiciary stronger,”,l said the Governor. ”

While calling on the new Acting Chief Judge to see her appointment as “a solemn call to duty”, he said that “It is a call to an exemplary leadership that will inspire and unite the Bench and the Bar. 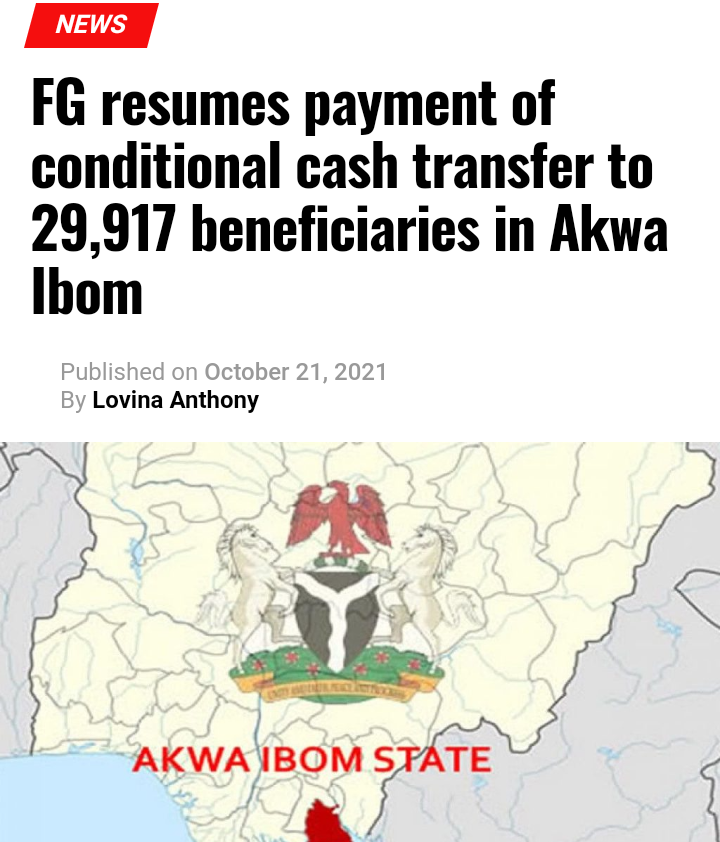 The Federal Government under its Household Uplifting Programme-Conditional Cash Transfer has resumed payment of N30,000 each to over 29,917 beneficiaries in nine local government areas of Akwa Ibom state.

The disbursement, which started on Tuesday in Ikono Local Government Area of the state would be replicated in the remaining local government areas.

While appreciating the federal government for the gesture, Mrs Akpan explained that the disbursement was in line with the FG’s mandate of lifting millions of households from poverty. 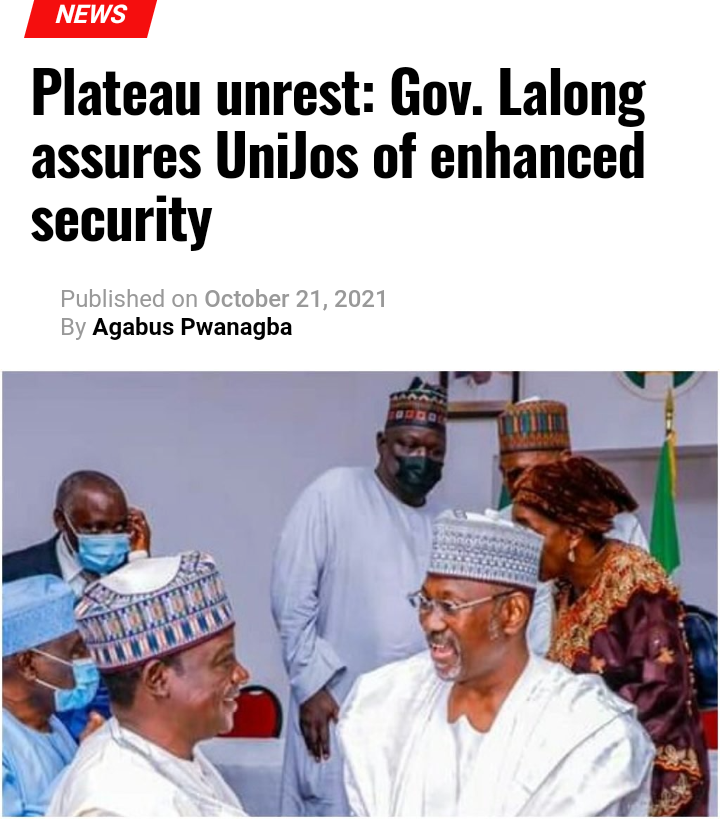 Governor Simon Lalong of Plateau State has assured the Pro-Chancellor University of Jos, Prof. Attahiru Jega that the state Government is working on “improved security and transportation” for the staff and students of the university.

He said strategies have already been mapped out to improve security in routes leading to the University and other parts of the State.

Lalong gave the assurance when the Chairman of the Governing Council, paid him a courtesy visit at Government House Jos, the state capital.

The Governor appreciated the Pro-Chancellor for his contributions in improving education in Plateau, having also served as Pro-Chancellor of the Plateau State University Bokkos.

According to him, “Efforts are already being made to provide chartered buses for students, while commercial vehicles would be highly screened for registration to operate within the school, to ensure the safety of students and staff of the institution.”

Lalong expressed confidence that the Pro-Chancellor would extend his good works and experience in school administration and other responsibilities, for the development of the institution.