Today's headlines: Protest In Osun Community As Man Dies After Eating At Naming Ceremony; Enforce Shoot On Sight for Anybody Carrying AK-47 - Irabor

By Mrliman (self meida writer) | 26 days

1. Protest As Man Dies After Eating In A Naming Ceremony. 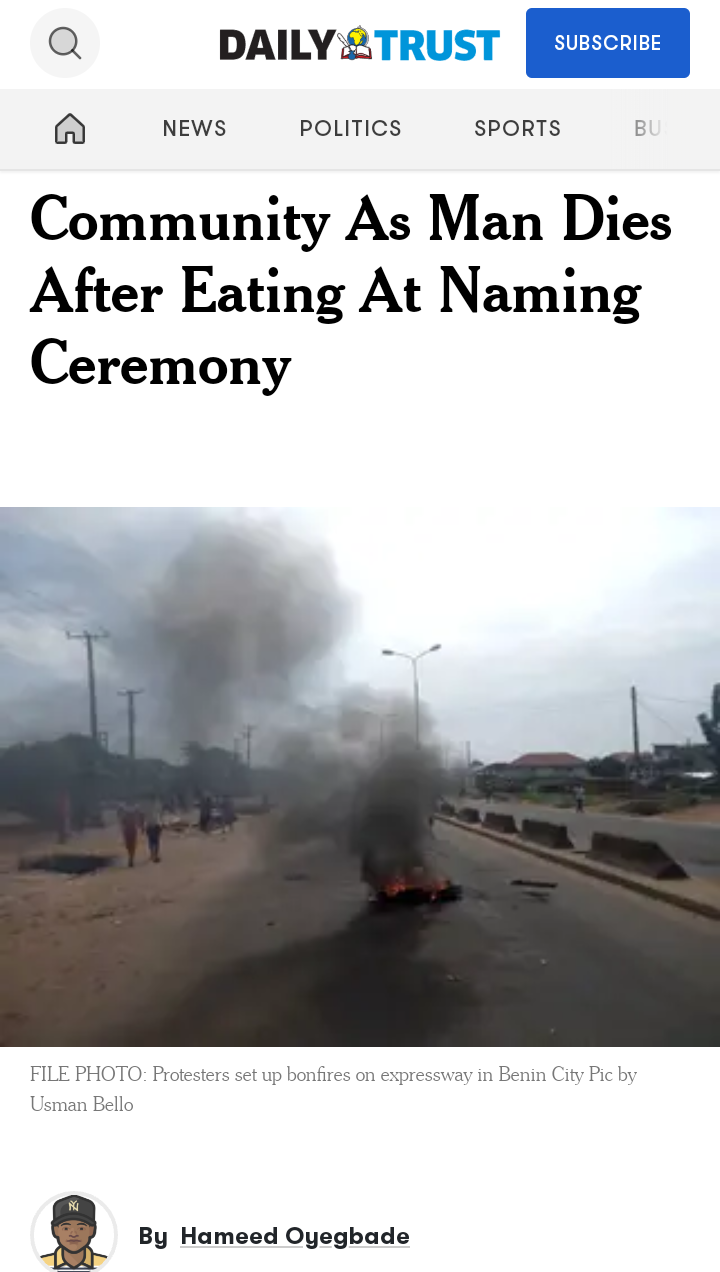 A man in Iragbiji community in Boripe Local Government Area of Osun State has died today after eating in a naming ceremony. All other people that were present in the naming ceremony were all fine and good except the man. The strange thing about is death is that the people of the community suspected that the man was poisoned and then decided to confront the celebrant in an argument which ensued in a protest. Investigation into his death has been handed over to the police and the real cause of his death will be revealed soon as promised by the Aragbiji of Iragbiji land, Oba Abdulrosheed Olabomi. 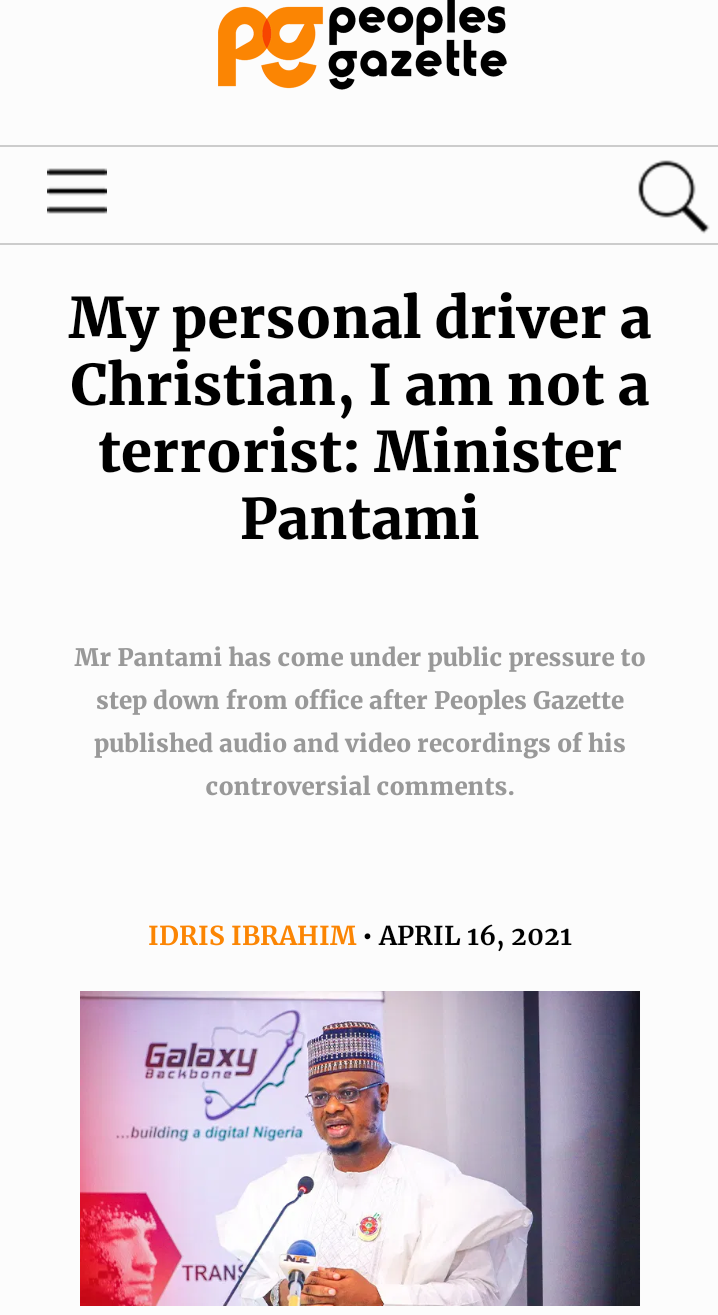 The embattled Minister of Com­munications and Digital Economy has reiterated his stand that he is not a terrorist and not a sponsor of any terrorist group as claimed by some people in Nigeria. He said this during an interview with 'People's Gazette' today, saying his personal driver, secretary and technical assistant are all Christians, and see them as brothers and sisters because he believe more in merit than ethnic and tribal sentiments.

3. Enforce Shoot On Sight for Anybody Carrying AK-47 - Irabor. 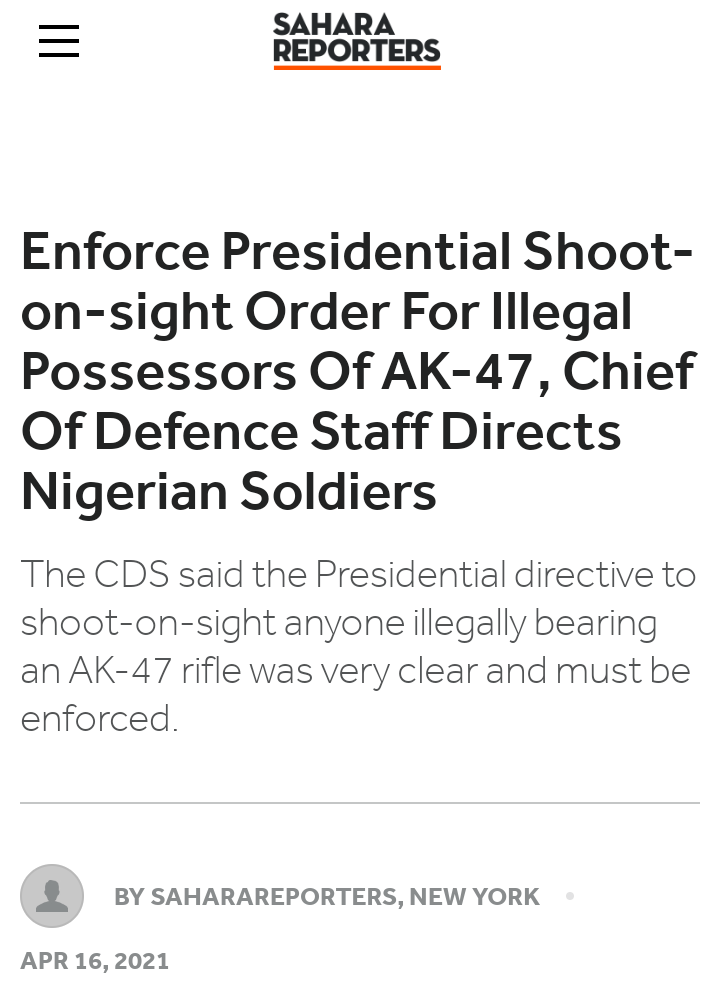 The Chief of Defence Staff, General Lucky Irabor has directed all soldiers to shoot on sight anybody they see processing illegal AK-47 riffle as earlier directed by President Muhammadu Buhari. Irabor who said this while addressing newsmen during a courtesy visit to Governor Ifeanyi Okowa of Delta State. He said because anybody carrying AK-47 is an enemy of the State and will be regarded as such and the armed forces will make sure it bring about peace in Nigeria by all means means. 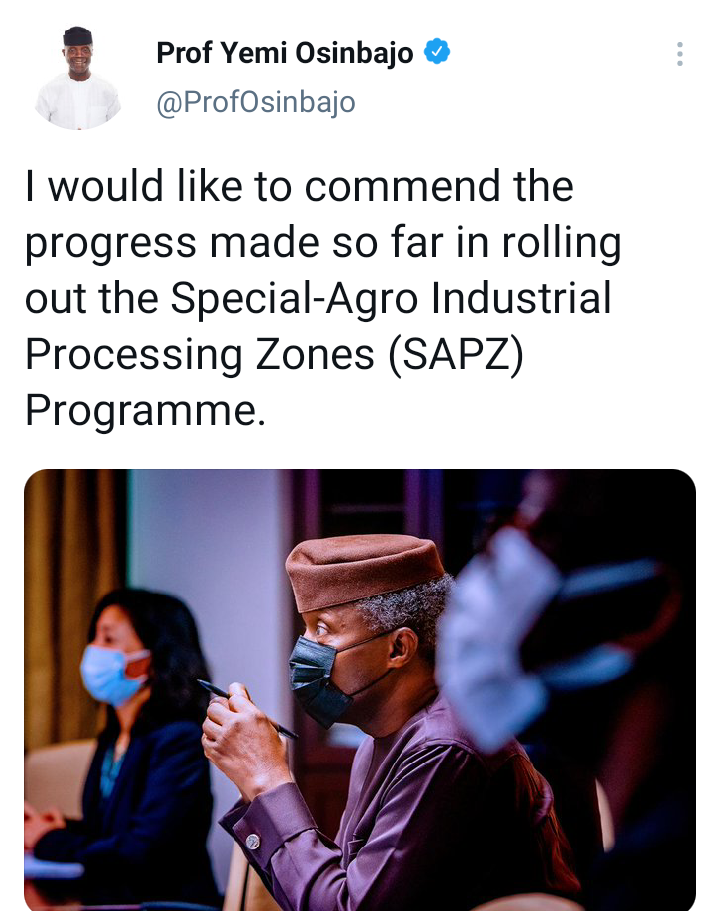 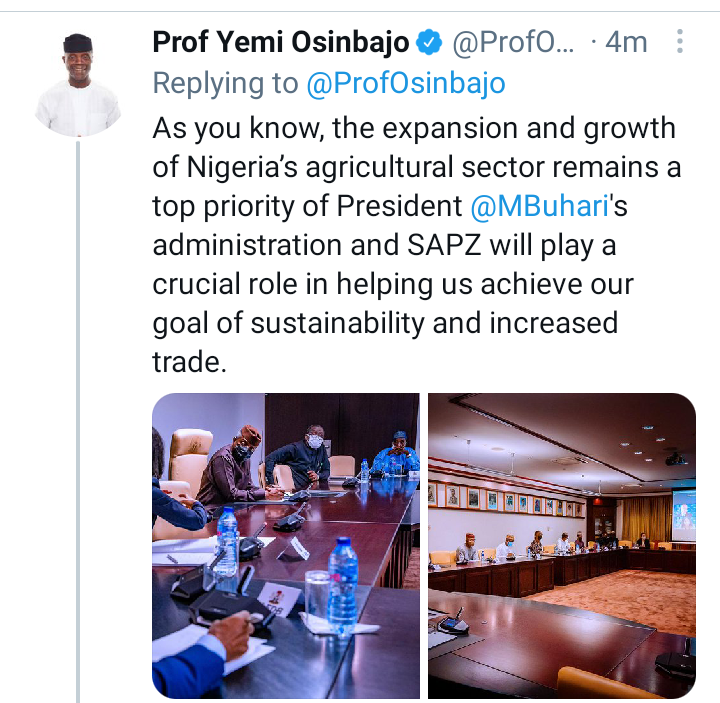 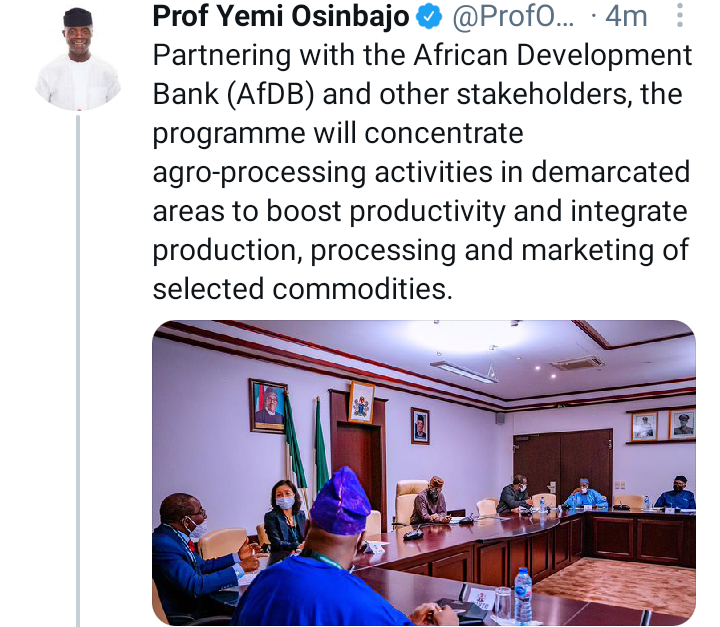 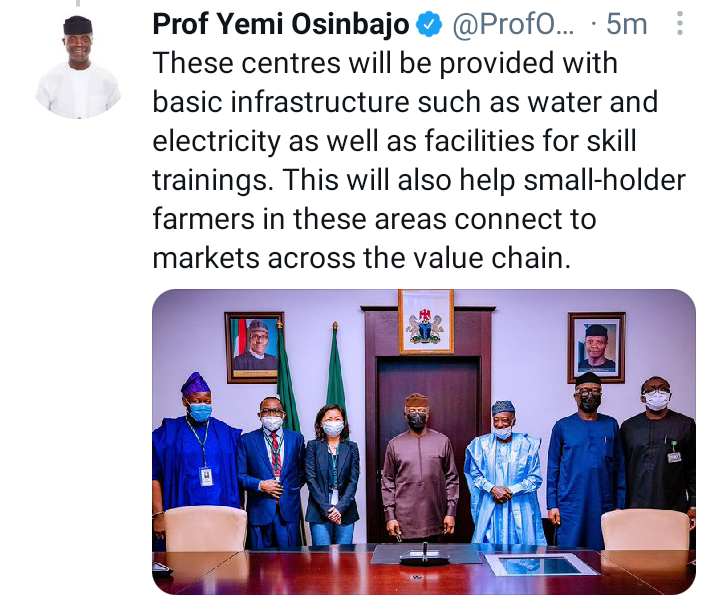 Vice President Yemi Osinbanjo has explained another aggro-processing programme called Special-Agro Industrial Processing Zones (SAPZ), that will soon be rolled out in Seven States of Ogun, Oyo, Imo, Cross River, Kano, Kaduna, Kwara, and the FCT with 140 centres across Nigeria. This is part of the effort of the government to make Nigeria self sufficient in Agriculture processing and curb the danger of food insecurity. 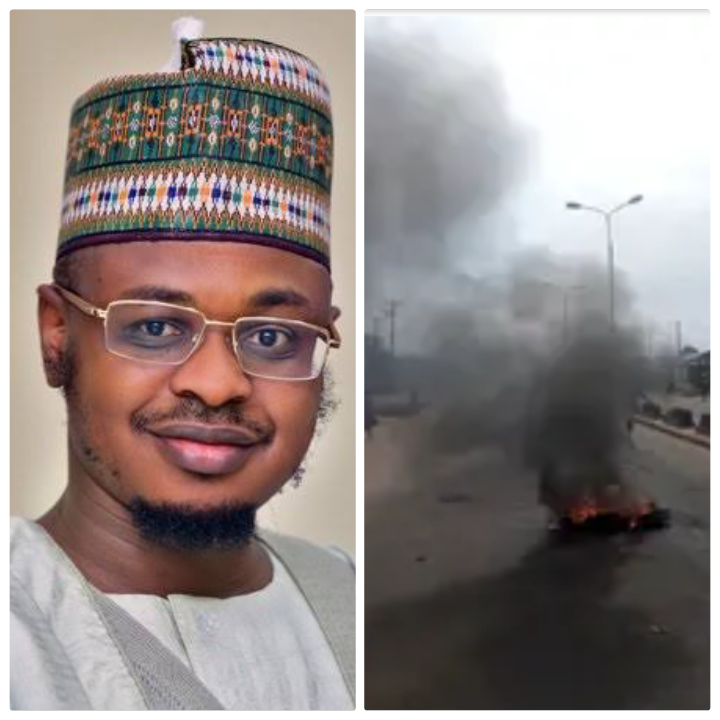 What do you think about this? Share your views with us in the comments section