Precious Chikwendu, the estranged wife of Femi Fani Kayode, the former Minister of Aviation has dragged him to court through her Lawyers.

In a motion she filed against the former Minister, she stated that he had beaten her up on several occasions due to minor arguments when she was pregnant with her first son and during the pregnancy of the triplets.

She also accused him of restricting her movement in the hospital when she had made an attempt to escape. 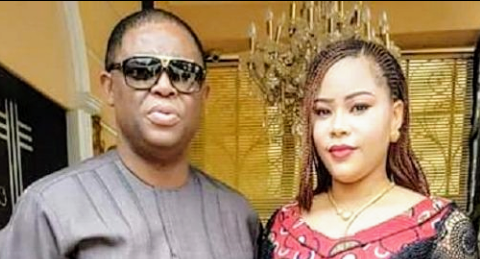 Precious while recounting the early days of their relationship stated that they fell in love in 2014 and immediately she started living with him. In the process, they had 4 children together.

The beauty Queen said things suddenly turned sour when her husband accused her of infidelity and on many occasions had locked her out of their house.

She further stated that the last time she was assaulted, it was her mother and sister that rescued her. That in other to mock her, he has been snapping pictures of the children with other women to post on Social Media.

The former Minister's legal representative stated that he had not been properly served as such he cannot respond appropriately.