Lawyer Shares His Encounter With Unknown Gunmen While He Was At Nnewi, Anambra State

By Obodokasi (self media writer) | 17 days ago

A Nigerian lawyer named, Fabian Onwughalu has shared a near-death encounter that he had with some Unknown Gunmen in Nnewi, Anambra State, Eastern Nigeria. 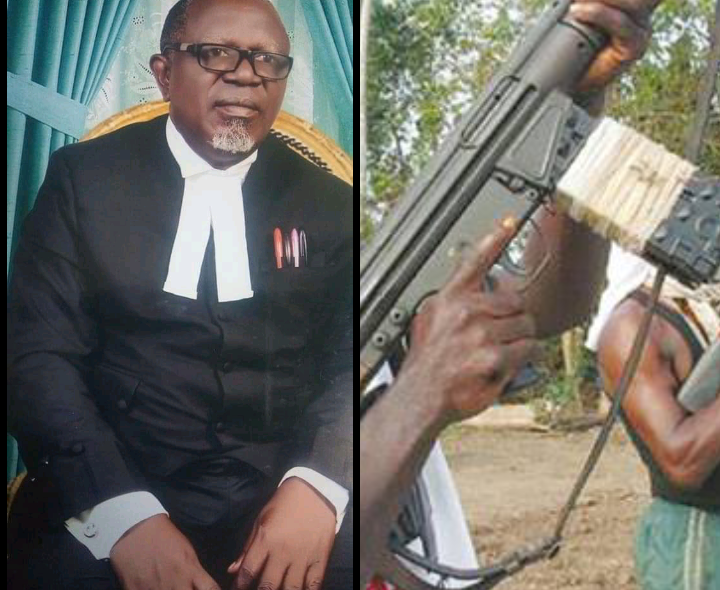 The story which was also shared on Joe Igbokwe's page gave an insight into the activities of the unknown gunmen who are said to be currently causing mayhem.

In the story, the lawyer said that he was driving home after he finished a case at the High Court in Nnewi, Anambra State when he had the near-death encounter.

According to him, while he was driving, he noticed a black SUV trailing him, and before he could think of the next line of action, the vehicle overtook his vehicle and some gunmen came out, fully armed. 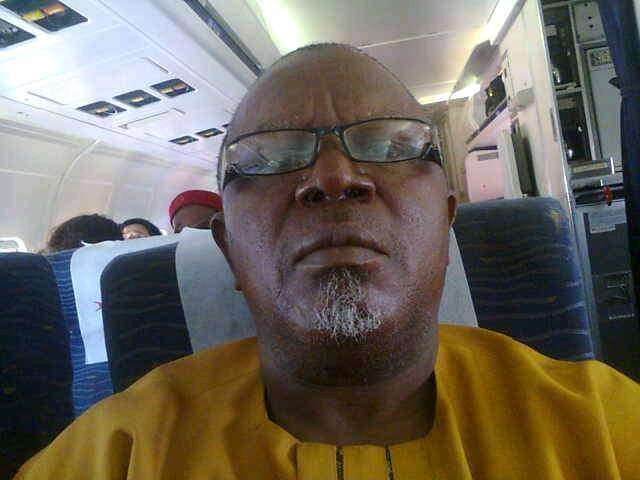 He revealed that the gunmen rushed to his car and demanded what he was doing to bring Nnamdi Kanu out of the prison. To which he replied that he was even a member of his defence team.

According to him, when he told them he was a member of Nnamdi Kanu's defence team, the unknown gunmen prayed for him and told him to continue.

He said that the gunmen further told him to warn the politicians to stop wasting the lives of innocent youths by inviting them to political meetings.

While he and others were being interrogated, he said another group of fully armed men arrived and said they were acting as a backup squad for the first group. 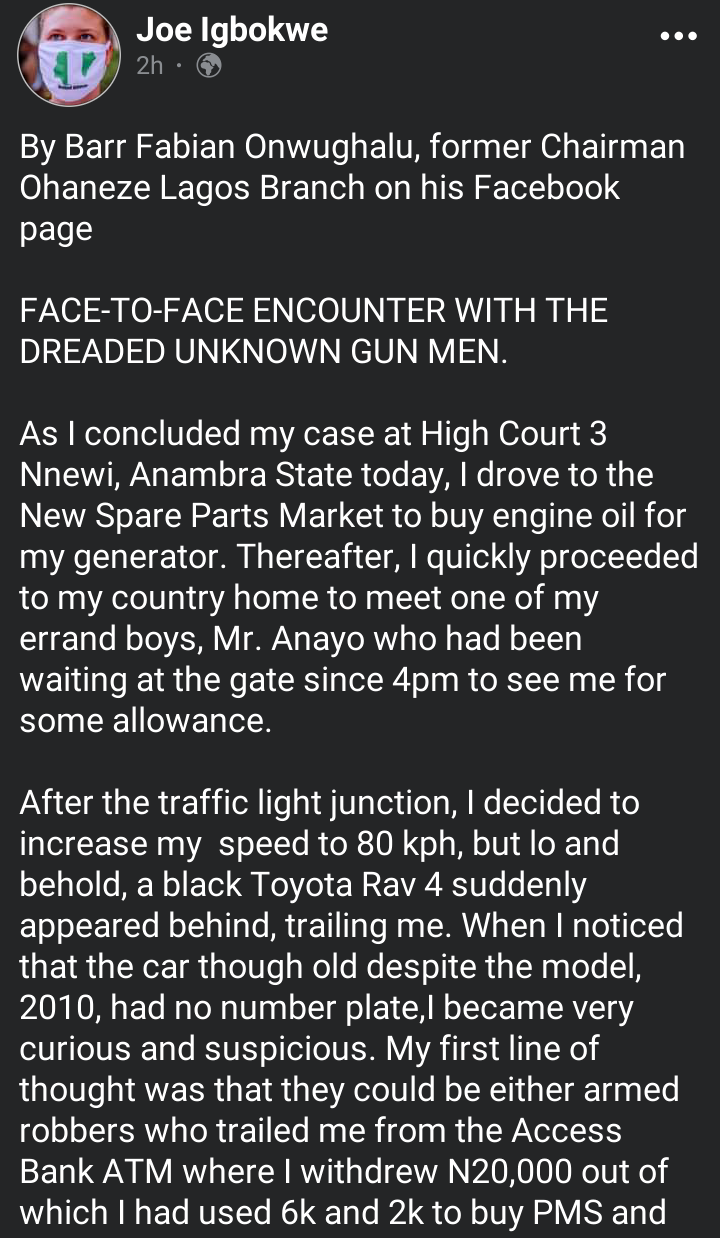 He said although he successfully escaped by jumping a fence, his blood pressure was still high due to the incident, and also thanked God that he was not with any political insignia.

He further confirmed that the boys are armed to the teeth as he said that they were wielding several ranges of weapons like AK-47, machine guns, rifles, pistols, etc.