Just like it was, exactly a year ago, the march against police brutality which is cocooned in Endsaars campaign is taking the same coloration this time around. The Nigerian youths are marking the first anniversary of the Endsaars protest that came to its climax on October 20, 2020.

But little did many of them know that the same forces that truncated the process last year are still waiting to thwart their efforts this year. As early as 8am on Wednesday, some of the protesters have already gathered at Lekki Plaza to mark the anniversary in what was expected to be a peaceful procession.

However, the men of the Nigerian security operatives had already waited to disperse them. Many Lagosians who were simply going about their normal businesses turned out to be the victims of the face off between Endsaars protesters and the Police. 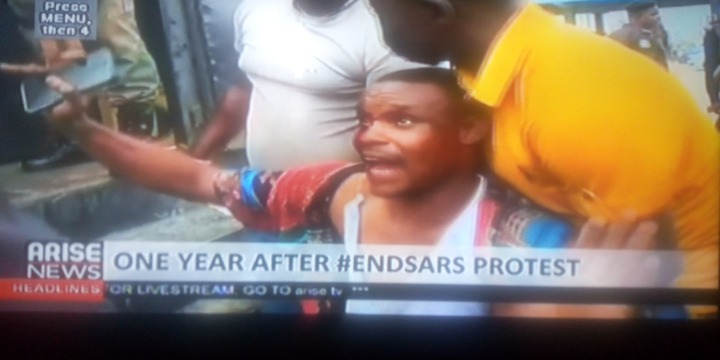 Clement Akintunde, an Uber driver was one of the people who had a bitter story of the incident to tell. He was bloodily beaten, battered and brutalized following his refusal to forcefully enter into the black Maria stationed by the police at the Lekki plaza.

Narrating his story after he was rescued from the overzealous security Officers by some Journalists at the scene, the victim narrated his story. 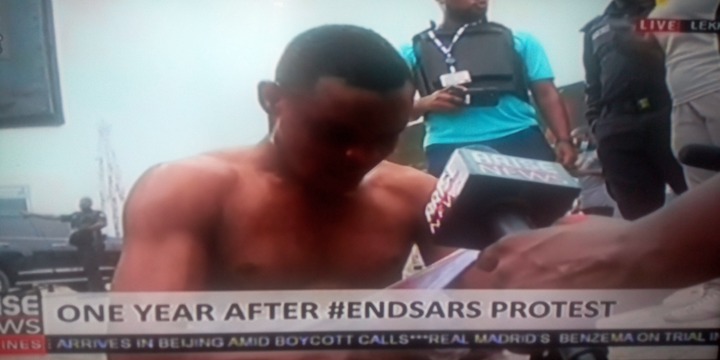 According to him, he was transporting a passenger heading towards the Lekki tollgate when he heard a sound of gunshot and teargas. He quickly parked his car and decided to run including the passenger. While he was running, they caught him, teargassed and forcefully dragged him towards the black Maria in an attempt to haul him there with other victims who were already inside the vehicle. 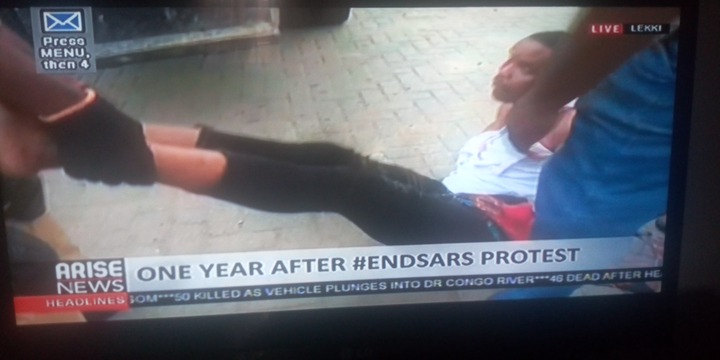 But he held his ground. He asked repeatedly what his offence was but non of the officers could explain what he did. He showed them his car key, his working app and told them his vehicle number which he claimed had been towed away from the location.

Clement was lucky to be rescued from the roaring and ravaging officers but not until he was left bloody in the face with his clothes completely thorn. 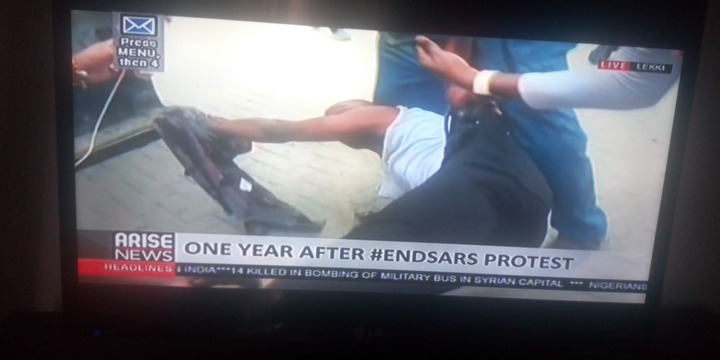 The incident was beamed live by Arise News correspondents who were on ground to give a blow by blow account of situation of things regarding the one year anniversary in Lekki plaza.

Some other people including journalists who were illegally arrested and packed inside the Black Maria were later released with the intervention of the Lagos commissioner of Police, Hakeem Odumosun. 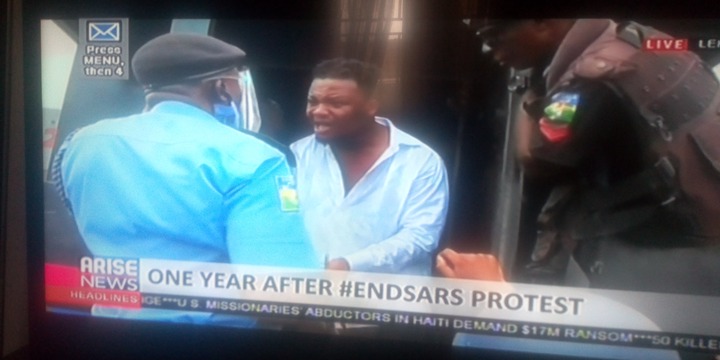 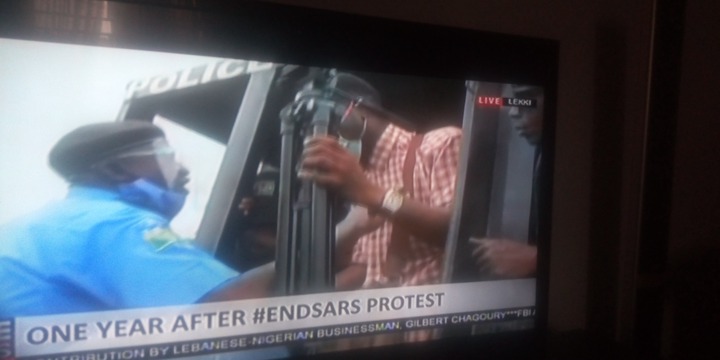