After 9yrs, court orders Government to pay up man's N4.8m

By Obaadekay (self media writer) | 10 months ago 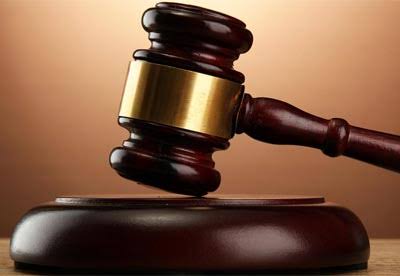 After several years of legal battle, a Magistrate Court, sitting in Offa, ordered the Offa Local Government Council of Kwara State to pay up its debt of N4.8 million to one Engineer Oridadegun Agboworin.

The council was said to have incured the debt when the incumbent House of Assembly member, Hon. Saheed Popoola was the chairman of the Local Government between 2011 and 2013.

Popoola, was said to have contracted the engineer who's also a contractor to grade Yidi road in the Offa township, with the agreement to pay N12 million. Agboworin, was said to have delivered on the work to the council as agreed.

The council, under the chairmanship of Hon. Popoola, however, breached the agreement by failing to pay the balance of N4.8 million after the first payment of N7.2 million.

In a bid to recover the money, the contractor, through his legal representative, Ibrahim Sharafdeen, approached the court in February 2019, seeking redress.

The matter has been in court since that time with one Lawyer Ahmed representing the council until the court, presided over by Magistrate Gambari, pronounced a judgement, ordering the Offa Local Government to pay Engineer Agboworin.

He further ordered that five percent of the money should be paid to the complainant (contractor).

Sharafdeen, while speaking with this medium after the court session, applauded the judge for a painstaking work.

He said, "The judgement has shown that justice will always be served no matter what. The judge has done a thorough work. Judgement has been served, because, there is no doubt, contract was awarded to my client and he performed it.

"They entered into agreement but the local government failed to honour his obligation by paying what is due to my client. Statutorily, the council has one month to file an appeal, and after this, we can move ahead to enforce the judgement.

Content created and supplied by: Obaadekay (via Opera News )