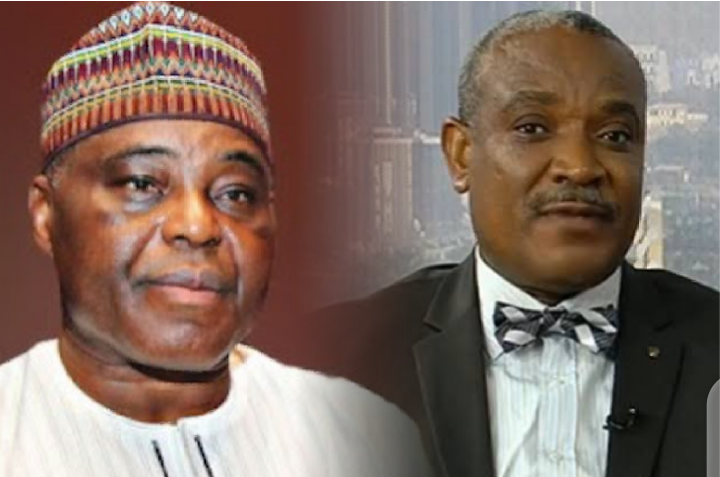 A Federal High Court in Abuja Monday ordered removal of the founder of Daar Communications Plc, Raymond Dokpesi, from the watch list of the Economic and Financial Crimes Commission. 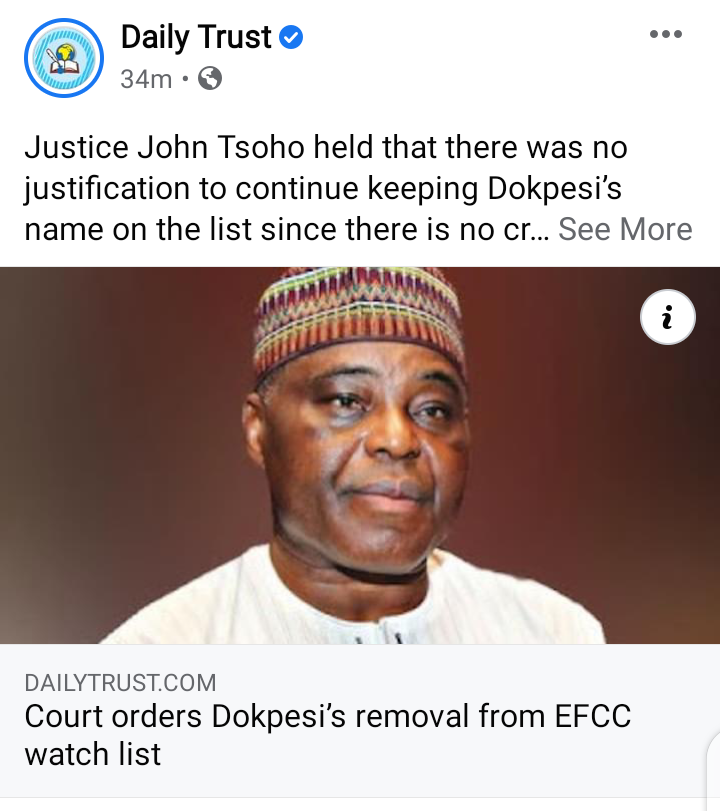 Justice John Tsoho held that there was no justification to continue keeping Dokpesi’s name on the list since there is no criminal charges or allegations pending against him.

The counsel to Dokpesi, Kanu Agabi (SAN), had argued that the Court of Appeal, having quashed and acquitted him of corruption allegations, keeping him on the watch list would amount to disobedience to court order.

The Independent Corrupt Practices and other related offences Commission has arraigned a former chairman of the Special Presidential Investigation Panel for Recovery of Public Property, Mr Okoi Obono-Obla, for certificate forgery.

The commission, in two charges filed at the Jos Judicial Division of the High Court of Plateau State, said the former SPIP head presented a fake result with a credit pass in English Literature to the University of Jos, with which he secured admission to read Law. 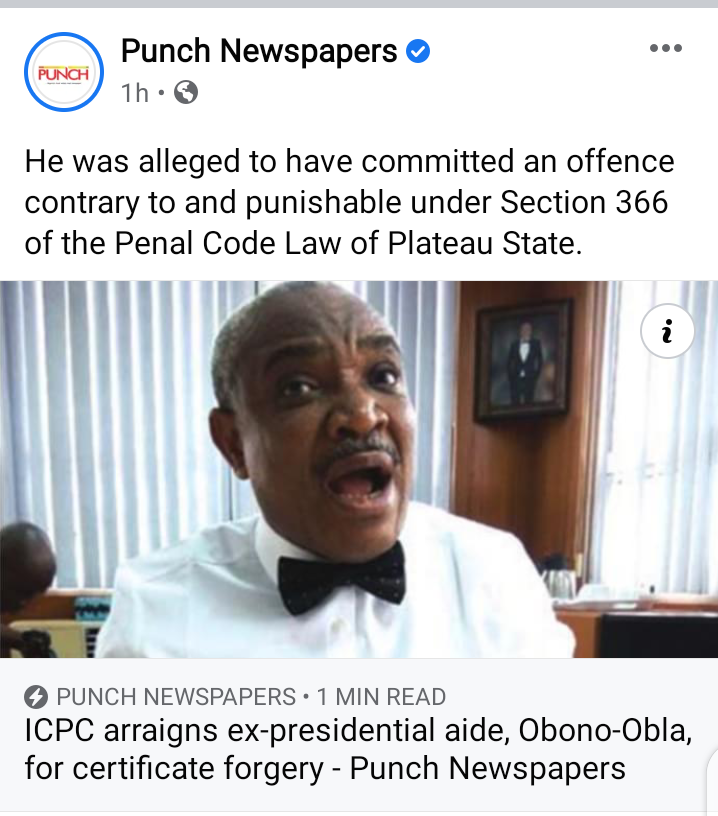 According to the ICPC spokesperson, Mrs Azuka Ogugua, the charge filed before Justice C. L. Dabup, revealed that while Obono-Obla did not seat for the Ordinary Level, General Certificate Examination in English Literature in 1982, he presented a result of GCE to the University of Jos in 1985 containing Credit 6 from Mary Knoll College, Ogoja.

He was alleged to have committed an offence contrary to and punishable under Section 366 of the Penal Code Law of Plateau State.

The President, Major General Muhammadu Buhari (retd.), has approved the recovery of debts owed the federation by government agencies and oil and gas companies in the country’s extractive sector.

On September 29, 2021, The PUNCH reported that the indebtedness of 77 oil and gas companies in Nigeria was N2.66tn, according to data released by the Nigeria Extractive Industries Transparency Initiative. 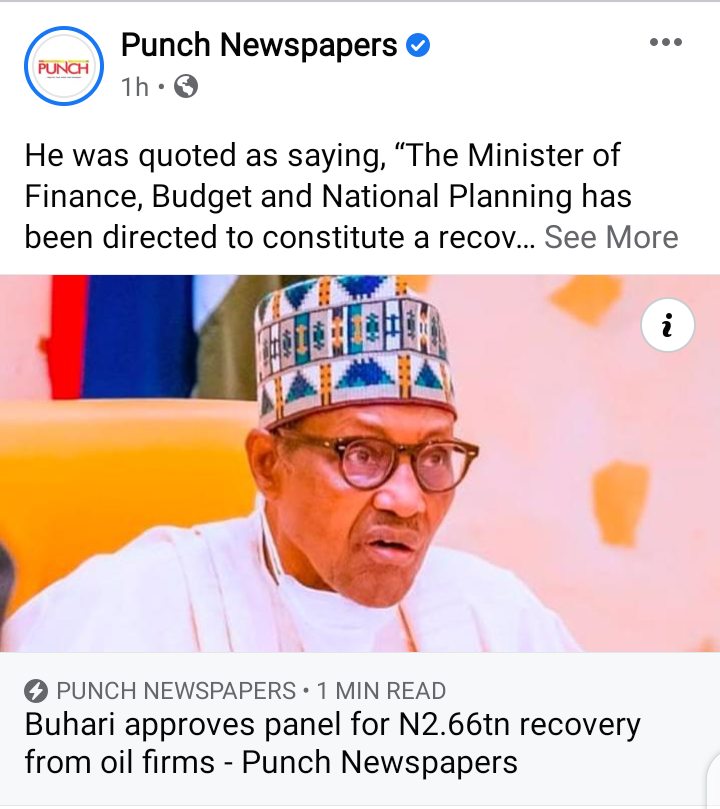 Commenting on the need to recovery the funds, the Chief Executive Officer, Nigeria Financial Intelligence Unit, Modibbo Tukur, in a statement issued in Abuja on Monday by NEITI, stated that Buhari had given approval for the recovery of the money.

He was quoted as saying, “The Minister of Finance, Budget and National Planning has been directed to constitute a recovery panel which will have as members, NEITI, EFCC, ICPC, Federal Inland Revenue Service and other relevant government agencies to look into the liabilities of operators in the extractive sector.”

The Supreme Court on Monday reserved judgment in a suit filed by the 36 state governors seeking order to compel the Federal Government to take up funding of capital projects for states High Courts, Sharia Courts of Appeal and Customary Courts of Appeal. 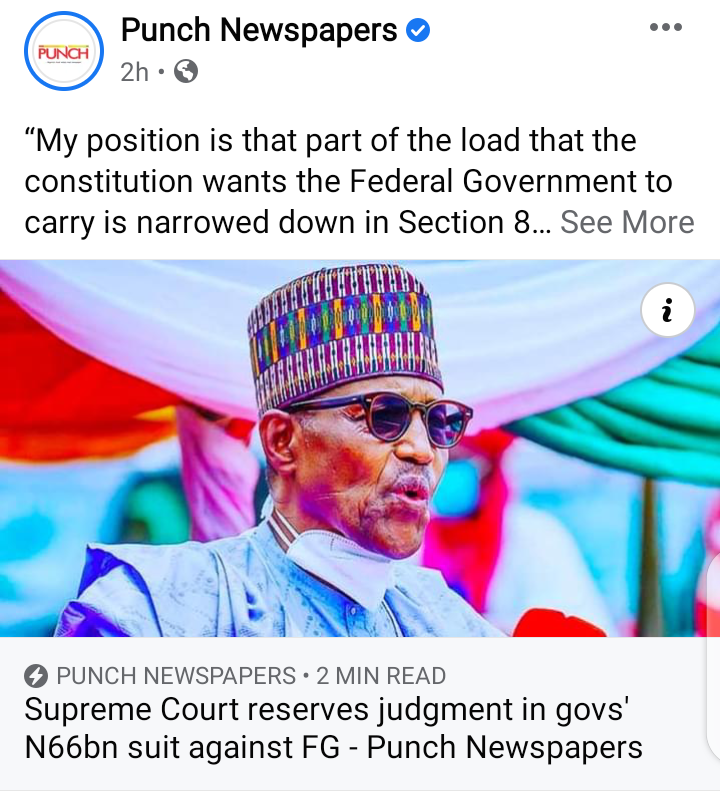 The governors in the suit also applied for an order of the apex court to compel the Federal Government to pay them N66bn, being an amount spent on capital projects for the three courts in their respective suits.

The panel of seven justices led by Justice Muhammad Dattijo was told that the three courts were the courts of the federation and as such, the funding of their capital projects should flow from the Consolidated Revenue Fund of the federation.