By Sirax (self media writer) | 7 months ago

A federal capital territory high court in Apo has sentenced a former member of the house of representatives to over seven years imprisonment. Farouk Lawan was a former member of house of representatives who was said to have asked for over $3 million bribe from Otedola who is a business man. Otedola later gave him the sum of $500, 000 dollars. The high court declared Farouk guilty of the bribery charge and sentenced him to 7 years imprisonment. He has also been ordered by the high court to give the $500, 000 bribe back to Otedola. 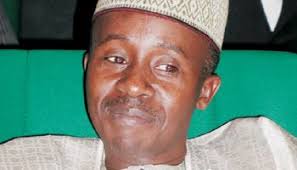 Justice Angela Ataluka who was the presiding judge over the case claimed that the prosecution proved him guilty of the three count charge and confirmed that he is guilty of the crime. Farouk had earlier asked Otedola for a $3 million dollars bribe in order to remove the name of his company from the list of companies with formal accusations of indictment. Otedola then gave him the sum of only $500, 000 and said that the only reason why his company was a removed from the list was because he was able to provide clear evidence that his company did not break any law.

Was his helpful, let us know by commenting.