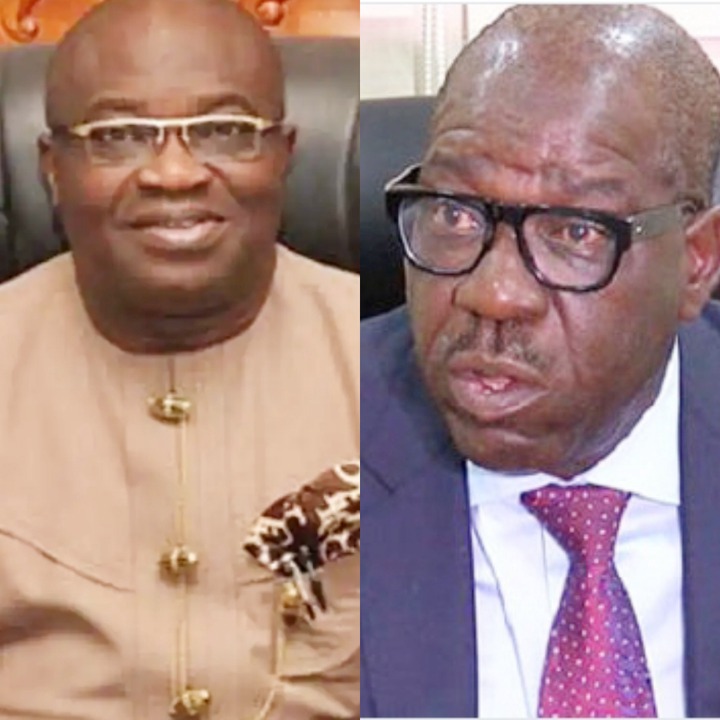 Recall that the Supreme Court in a ruling last Friday had affirmed Obaseki as the duly elected Governor of the state.

In separate congratulatory messages, Oshiomhole and Ize-Iyamu have both appealed to the Edo State Governor to be magnanimous in victory.

Reacting while addressing a large gathering on Tuesday, Obaseki said if the opposition party leaders were serious about their congratulatory letter, they would have printed it on a letterhead paper with a signature rather than posting it on the internet.

He stated that Edo will never fall for such cheap messages called congratulatory letters, adding that they are not serious. 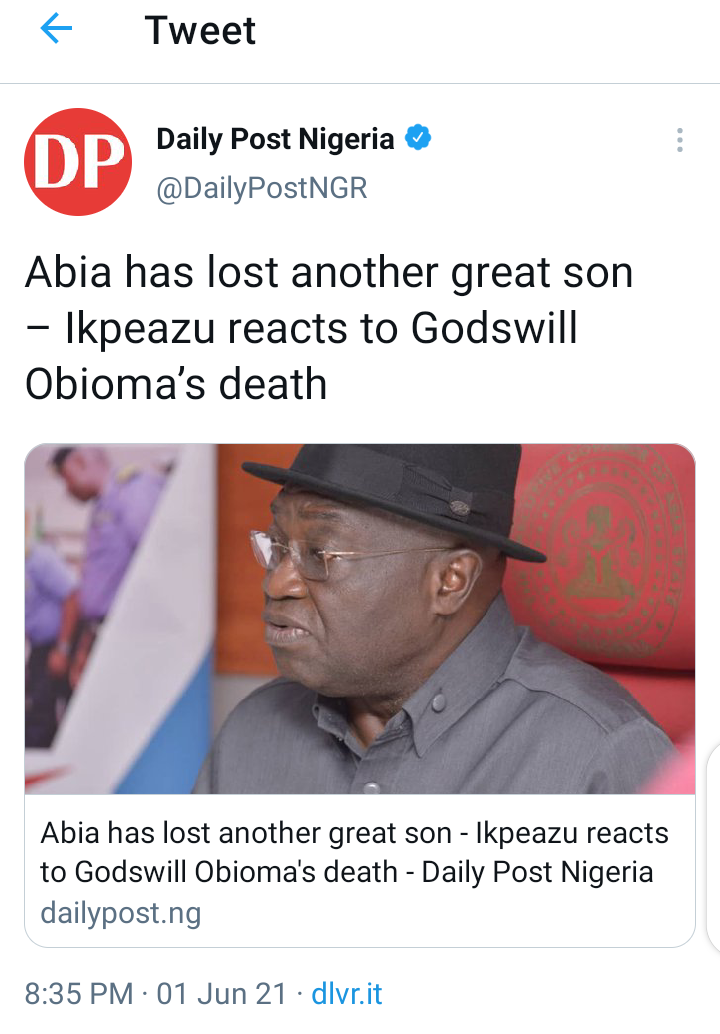 Governor Okezie Ikpeazu of Abia State has reacted to the death of the Registrar and Chief Executive Officer of the National Examinations Council (NECO), Professor Godswill Obioma.

In a statement by his Chief Press Secretary, Sir Onyebuchi Ememanka, the governor described the death as profoundly sad and yet another blow to the people of Abia State.

Those Who Want To Destroy My Government Will Be Shocked- Buhari 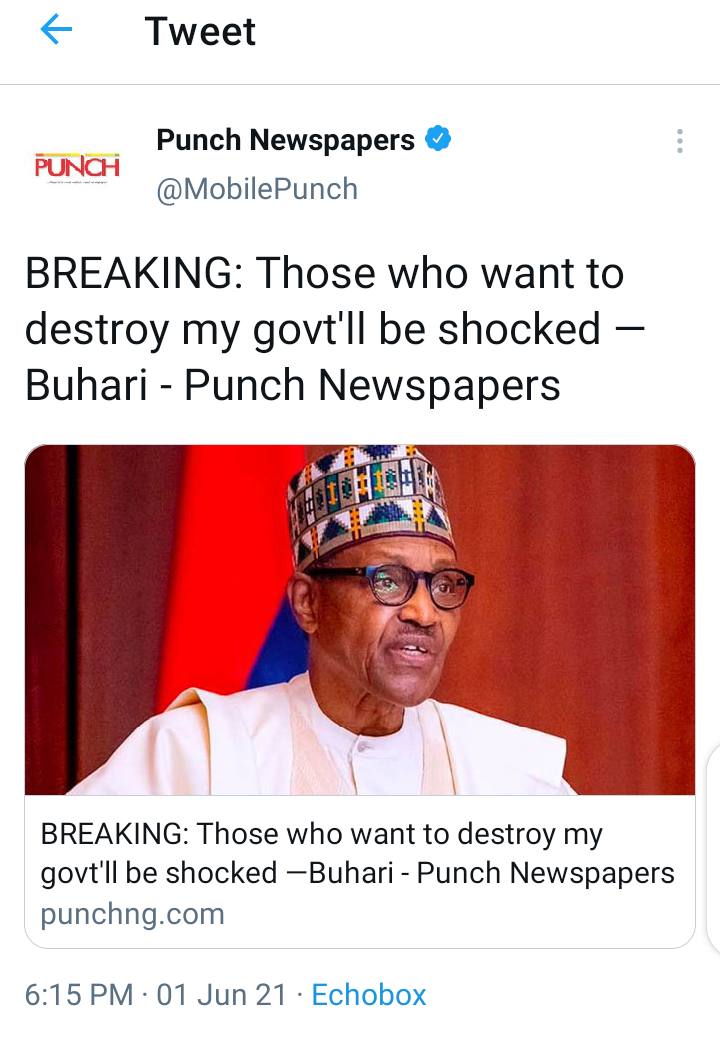 The President, Major General Muhammadu Buhari (retd.), says those who want to destroy his government will be receive the shock of their lives as his administration will do everything possible to ensure they fail.

He spoke on Tuesday after meeting with the Chairman of the Independent National Electoral Commission, Mahmood Yakubu; and other electoral commissioners in Aso Villa, Abuja, over the series of attacks on INEC facilities especially in the South-Eastern part of the country. 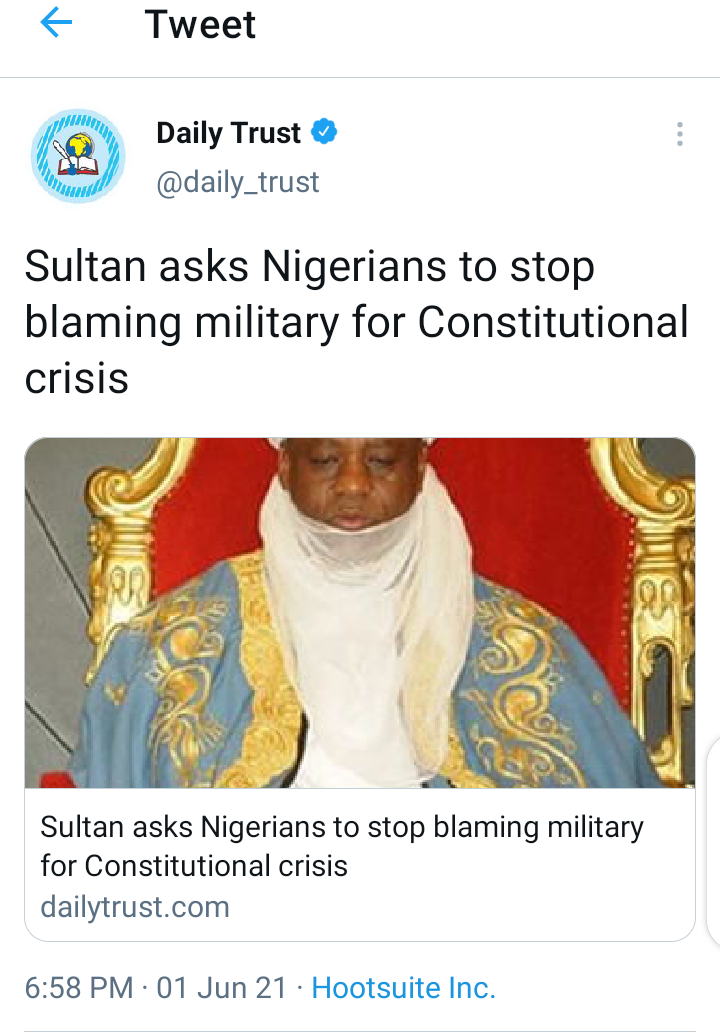 Alhaji Sa’ad Abubakar III, the Sultan of Sokoto, has asked Nigerians to stop blaming the military for constitutional crisis.

Social commentators, activists, government critics, among many others have at different times identified what they consider as gaps in the constitution, attributing the development to the military.

In his remarks at the North West Zonal Public Hearing on the Constitution Review organised by the House of Representatives for Stakeholders from Sokoto, Kebbi and Zamfara, the monarch advised Nigerians to “face the reality” and suggest whether to have a new constitution or amend the current one before the 2023 general elections.