By Arewanews60 (self media writer) | 9 months ago

The Economic and Financial Crimes Commission (EFCC) has been barred from retrying former Abia Governor Sen. Orji Uzor Kalu, according to the Federal High Court. 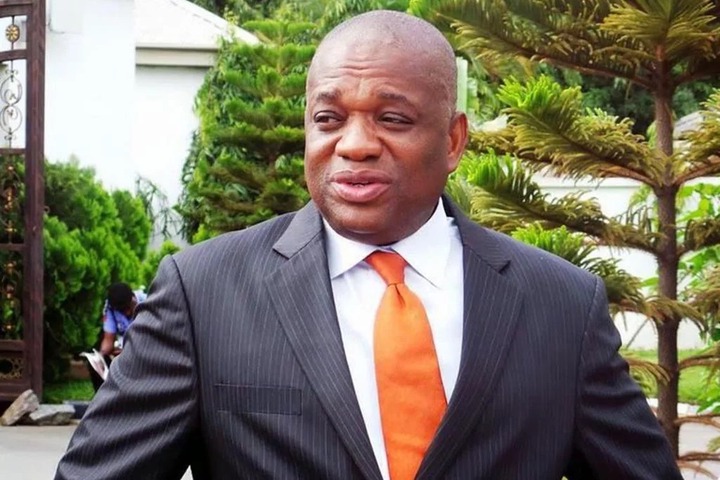 According to the News Agency of Nigeria (NAN), Justice Inyang Ekwo issued the order while delivering judgment in an appeal filed by the former governor seeking a court injunction banning the EFCC from retrying him on a crime for which he had already been tried and convicted.

“An order is hereby issued prohibiting the Federal Government, through the EFCC, from retrying the applicant (Kalu) on charge no. FHC/ABJ/CR/56/2007 because there was no order in the Supreme Court for the retrial.

Recall that the former governor, who is now a Senator representing Abia North Senatorial District in the Senate, is attempting to have his retrial in the N7.1B money laundering allegations halted on the grounds that he had already been tried, convicted, and imprisoned on the same accusations.

While adopting his processes, Professor Awa Kalu SAN, counsel to the former governor, informed the court that Senator Kalu stood trial for 12 years and received a decision that convicted and incarcerated him for ten years.

To bolster his arguments, the senior lawyer used Section 36 (9) of the 1999 constitution, which states that no Nigerian shall be subjected to double jeopardy.

Awa Kalu claimed that the former governor, who had already served a jail term, would face double jeopardy if the court authorized the federal government to put him on trial for the second time.

Professor Kalu produced and read the Supreme Court verdict in which the ex-governor was released after five months in prison, claiming that the apex court made no order for his client's trial.

He had asked the Economic and Financial Crimes Commission (EFCC) to show him where an order for retrial had been issued against the former governor.

The top lawyer also requested the court to prevent the EFCC from carrying out the planned retribution.

Content created and supplied by: Arewanews60 (via Opera News )