Today’s Headlines: PDP Submit Suit To Sack Zamfara Governor; Why I Chose To Become A Woman – Bobrisky Finally Open Up

By Jahblog (self media writer) | 11 months ago 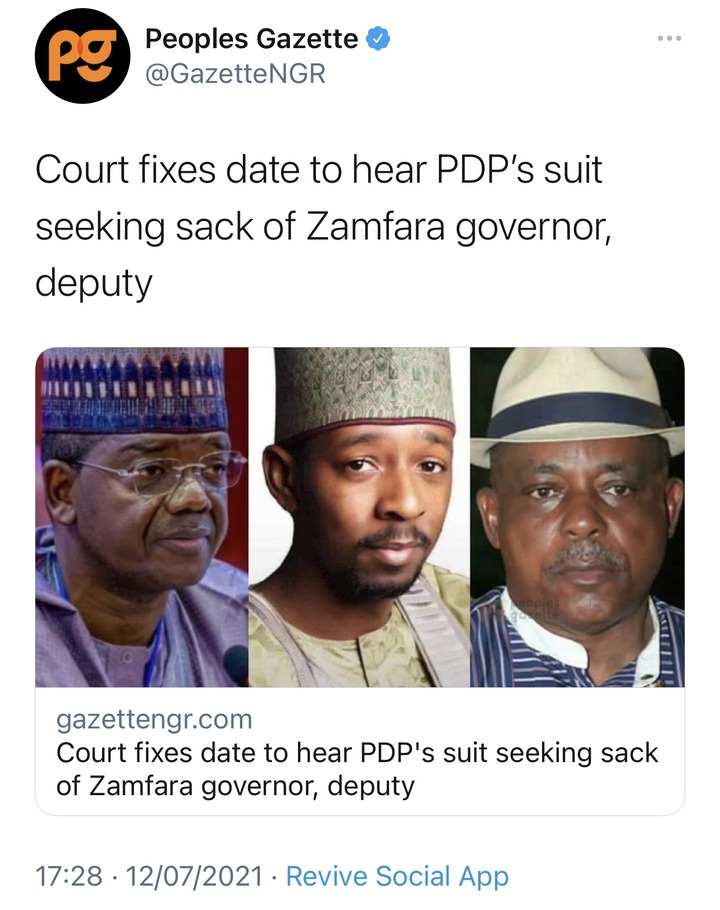 An Abuja Division of the Federal High Court has fixed July 16 to hear a suit challenging the defection of Governor Bello Matawalle of Zamfara to the All Progressives Congress (APC).

Justice Inyang Ekwo fixed the date on Monday after listening to the ex-parte motion of the plaintiffs’ counsel, Kanu Agabi, SAN, praying the court for an order to serve the first and second defendants by substituted means through pasting the originating process at the Zamfara State Liaison Office in Abuja.

Justice Ekwo granted the prayer and adjourned the hearing of the substantive suit until July 16.

Why I Chose To Become A Woman – Bobrisky Finally Open Up 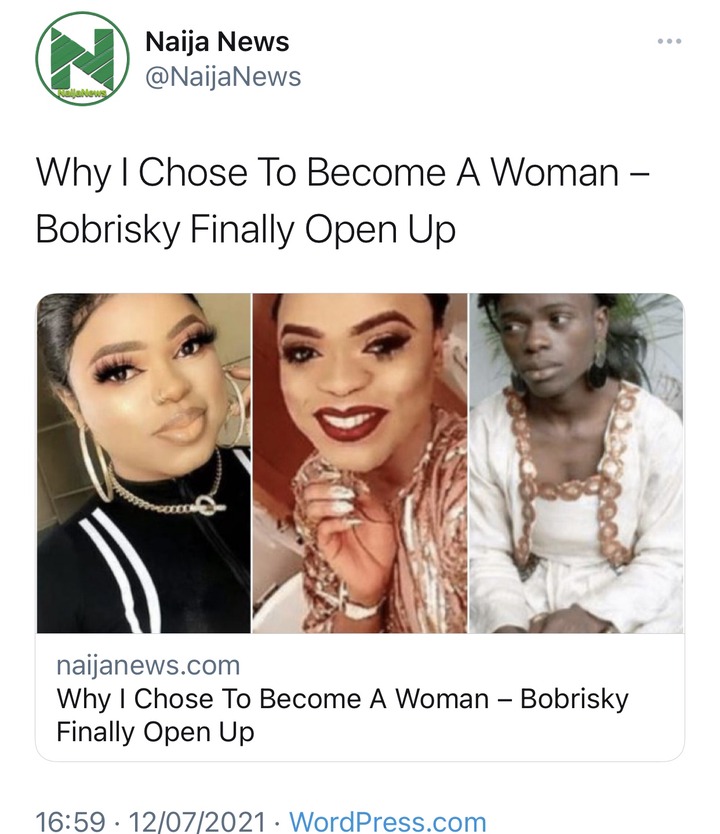 Controversial crossdresser, Okuneye Idris Olarenwaju better known as Bobrisky has taken to social media to reveal the reason he became a woman.

According to the self-acclaimed Nigerian male barbie, who recently underwent butt-lift surgery to enhance his buttock via his Instagram, men are born to hustle hard and suffer, spending the gains on women who he claims do not strain themselves to earn.

He further added that women get away with a lot, unlike their counterpart who suffers the consequences of their actions. He stressed that men who do not want to suffer the faith and burden of becoming a man should come and join the bandwagon of cross-dressers like himself. 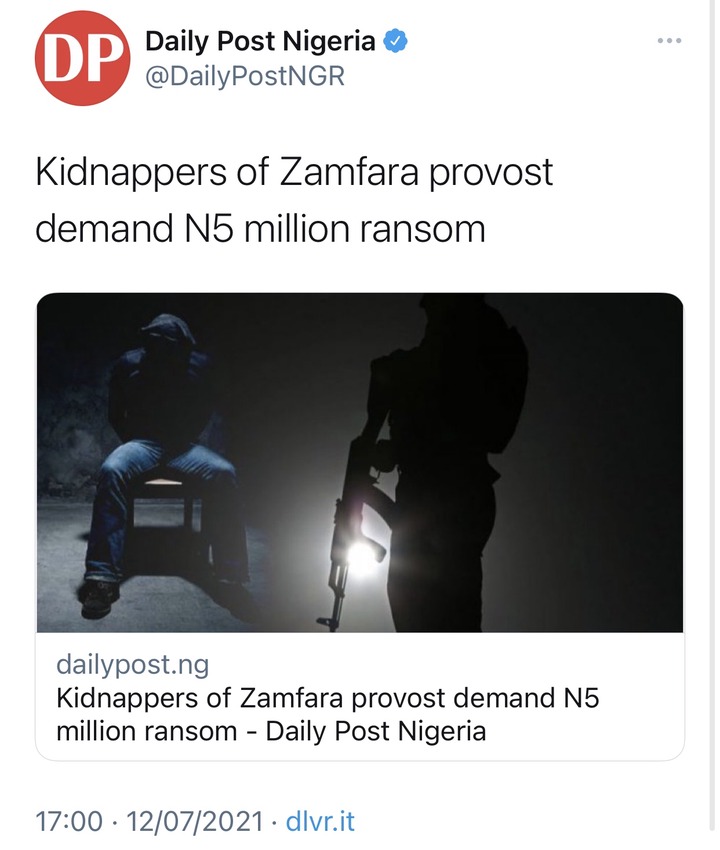 The Provost was kidnapped in the early hours of Sunday at his official residence in the Government Science Secondary School in Bakura Local Government Area of the state.

According to the elder brother of the provost, Nasiru Mainasara, the kidnappers have been contacting the family since the provost was abducted, saying that negotiations to reduce the ransom are ongoing. 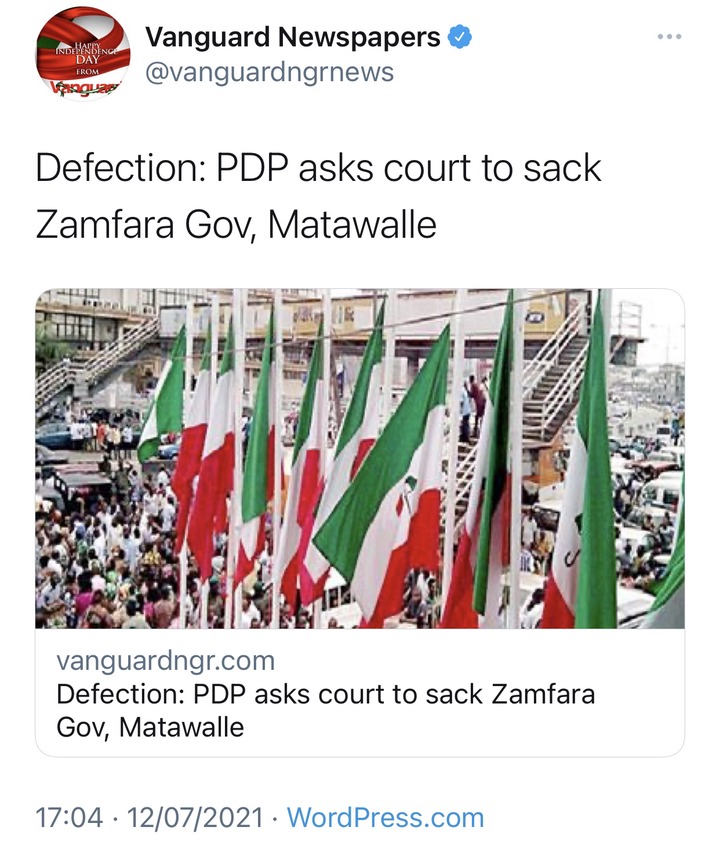 The Peoples Democratic Party, PDP, on Monday, asked the Federal High Court in Abuja to sack the Governor of Zamfara State, Bello Matawalle from office over defection to the ruling All Progressives Congress, APC.

PDP, in the suit it filed through two of its members in Zamfara State, Alhaji Sani Kaura Ahmed and Abubakar Muhammed, argued that Matawalle having abandoned the party through which he ascended to power, have lost his ticket to remaining in office. 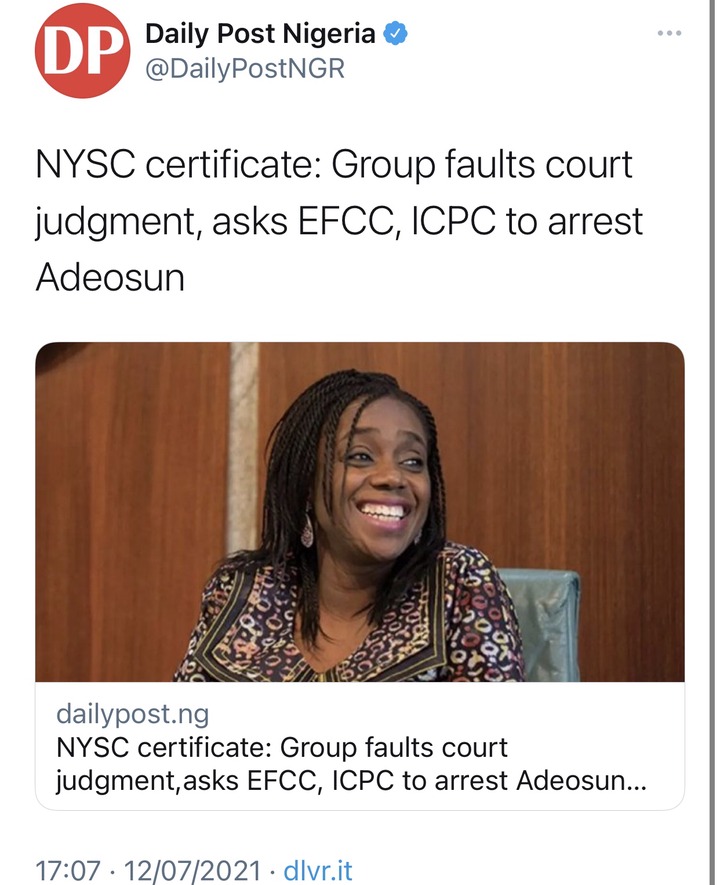 Speaking at a press conference on Monday in Abuja, the group’s Secretary-General, Comrade Richard Augustine Adie, called on the Independent Corrupt Practices Other Related Offences Commission (ICPC) and the Economic and Financial Crimes Commission (EFCC) to effect Adeosun’s arrest and subsequent prosecution.

Augustine noted that these agencies must prove to Nigerians that nobody is above the law. 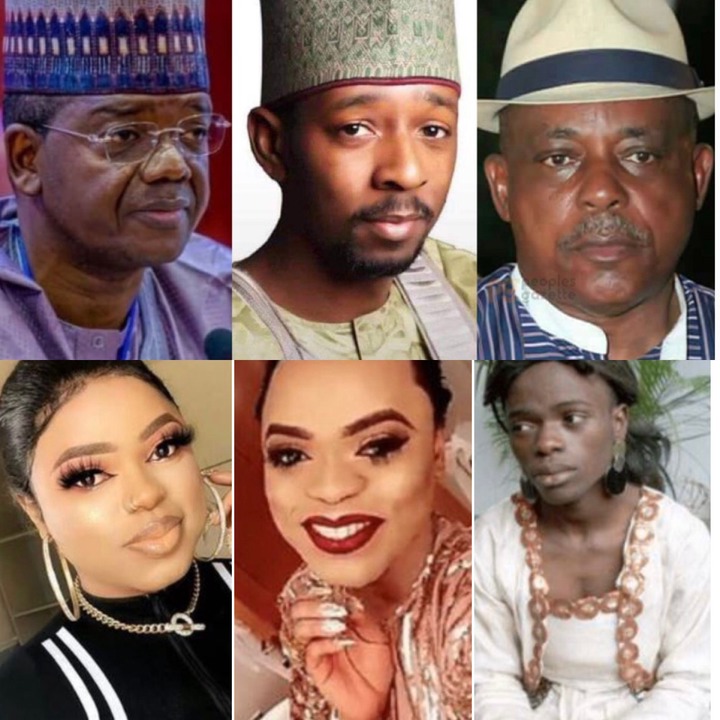