A thirteen-member Plea Bargain Committee has been inaugurated by the Rivers State Attorney General and Commissioner for Justice, Zaacheus Adangorfor to consider applications on a monthly basis and make recommendations 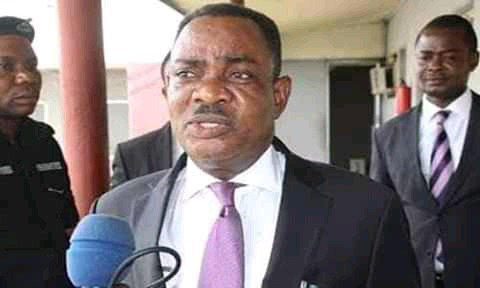 Attorney General and Commissioner of Justice in Rivers State, Zaacheus Adangor who inaugurated the committee over the weekend said the committee's work will address the increased level of withdrawal of cases by parties especially the victims in criminal matters.

The Plea Bargain law is a provision contained in Section 277 of the Administration of Criminal Justice Law of Rivers State No. 7 of 2015 which avail opportunity to defendants or accused to apply and secure less severe charge for a lighter sentence in accordance with the guidelines of the law.

Professor Adangor said one of the terms of reference is for the committee to prepare plea bargain agreements that are in the interest of the public, interest of justice, and the need to prevent abuse of court processes.

The Commissioner who enumerated the benefits of this section of the law in the society said it will among other things save time and expenses of a lengthy trial, reduce time spent in custody awaiting trial, and remove the uncertainty of sentencing and gives a higher chance of a lighter sentence.

Professor Zaachaus Adangor also charged the committee to take embark on a sensitization campaign to the Port Harcourt correctional center so inmates can take advantage of the availability of the plea bargain in the law.

City News gathered that the Attorney General and Commissioner of Justice, Zachaus Adangor is to serve as chairman, Director of Public Prosecution in the Ministry of Justice, Ibiene Mbano is to serve as alternate chair and Vice-chairman.

Other members of the committee were drawn from the Security Agent, NBA, Human Rights Organizations, Ministry of Justice and the bench.