By Sweetfingers (self meida writer) | 25 days

The cultural heritage of any tribe is it's pride and ought to be preserved in any way possible.

It was gathered from recent reports that Gani Adams, the Aare Ona-kakanfo of Yoruba land at the Grand Finale of Òmituntuǹ pacesetter festival of arts and culture implored the southwest governors to work towards preserving the Yoruba culture and putting it's tourist potential to boost global recognition. 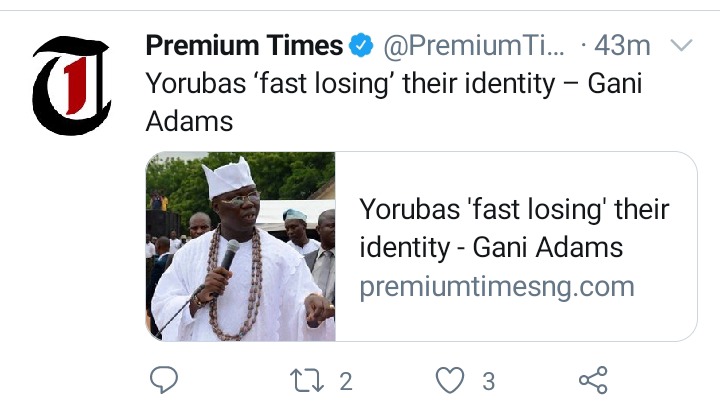 He explained that the enhancement of the Yoruba culture would attract tourists to the Yoruba states which would in turn increase social and economic development of the area.

Reports gathered say that the activity took place at the cultural center Mokola, Ibadan was put together by the Oyo state ministry of information, culture and tourism.

He explained the festival as important and would promote peace and tranquility in the state and the nation. 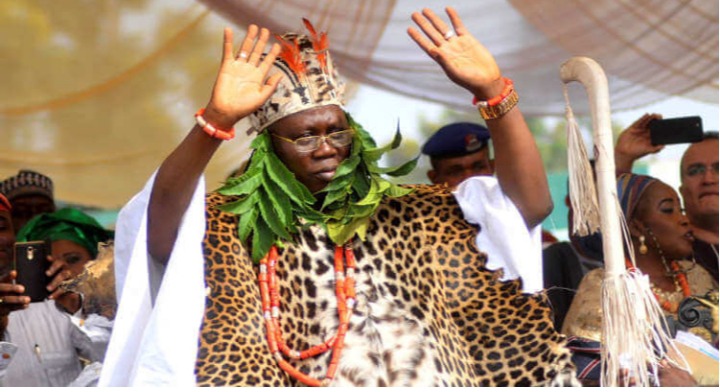 Mr Gani implored the Oyo state government to work towards the development of tourist attraction centers available in the state to boost economic growth and recognition globally.

Initially, the state commissioner for information, culture and tourism Wasiu Olatunbosun explained that the aim of the cultural festival was for the revival and improvement of culture and talent through cultural competition. 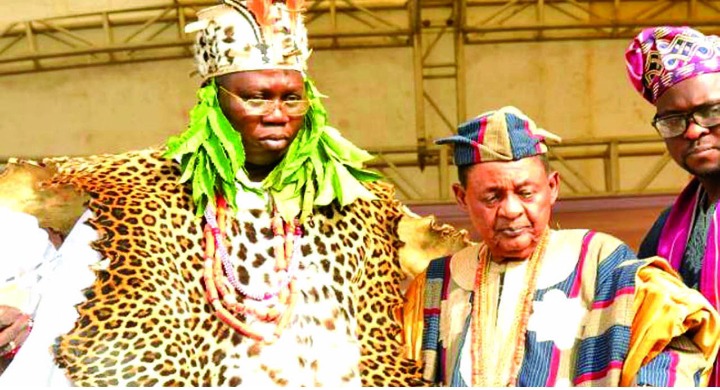 In his speech, he said"I realized that the last time they had any cultural festival was about 10 years ago before I came to office which means throughout eight years of the last administration, they didn't do anything like this".

He also explained further that he planned to do such the previous year, but then the pandemic struck and it was postponed.

He stated that it would take place this year and nothing would hinder it. The festival covers many cultural displays by various groups, associations ,local councils bin different areas of development. Many were awarded in the various activities they took part in such as, drama, masquerade dance and a host of other activities.

Do you think there is need to protect culture as a heritage?

Content created and supplied by: Sweetfingers (via Opera News )

Ramos has semi membranous muscle tendonitis in his left leg, according to his doctor.

The 5 Things You Should Never Sacrifice For Your Job