By PostMaster (self meida writer) | 25 days

When talking about the tallest man in Nigeria, even some kids may even mention his name because almost everybody has heard about him. But aside this popularity of his, there are some few points I would love to bring out as lessons from his life.

For those that are yet to know, Afeez Agoro Oladimeji (46 years old man) has long been regarded as the tallest man in Nigeria, measuring 7 ft'4 inches tall.

According to Wikipedia, he was born in Sabo Yaba in Lagos but later moved to Akoka Yaba where he grew up.

What Actually Lead To His Height?

Looking at his height, one may actually be compelled to ask how the height came about, because definitely his parents and siblings may not really have such height; it really looks abnormal. But the truth is that the height came as a result of an ailment/disease he had when he was growing up. He was really having a normal growth like his fellow human beings until he developed an ailment called Acromegaly at the age of 19.

Acromegaly also known as gigantism is a disease or growth disorder whereby there is over production of growth hormones in the body, which always cause abnormal growth of the hands, feet and face.

Though Agoro tried to overcome the ailment, but the ailment later made him grow vertically until he attained the the height of 7 ft'4 inches, making him being regarded as the tallest man in Nigeria.

The Challenges Of His Height

Of course we know that anything that does not appear the way it should be, is always seen as anomaly. He must have felt an atom of stigmatization while growing up with his peers in the society. 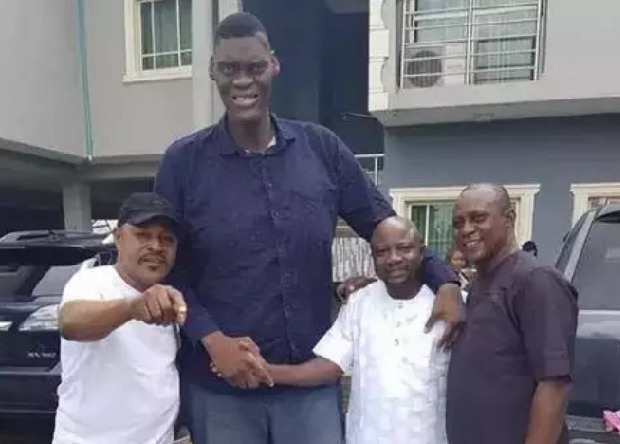 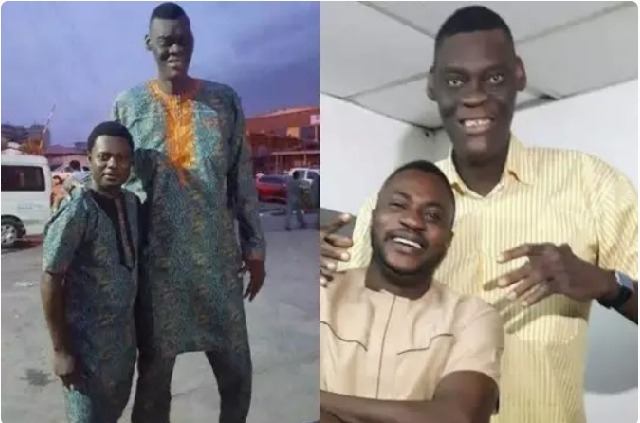 Being a graduate of Lagos State Polytechnic, he proceeded to his compulsory one-year National Youth Service Corps (NYSC), which he did in Bayelsa State.

He later came back to Lagos after his service to search for jobs. But it was unfortunate that almost all the companies he visited rejected him because of the fear that he may intimidate them with his height. This was really frustrating to Agoro, as he was really tired of searching for jobs and getting rejected.

Fortunately, he later had a contract job with Lagos State, but the job lasted just for 2 years. After the contract, he became discouraged from searching for jobs, and he went ahead and established a small startup business.

While in his small business, his height made way for him in entertainment industry, as an actor who features in reality TV Show. His height has also made him to feature in many movies.

Today, Agoro has have risen to a Nigerian model because of his height; many companies now look for him for one deal or the other, especially for advert, brand promotion or entertainment show. 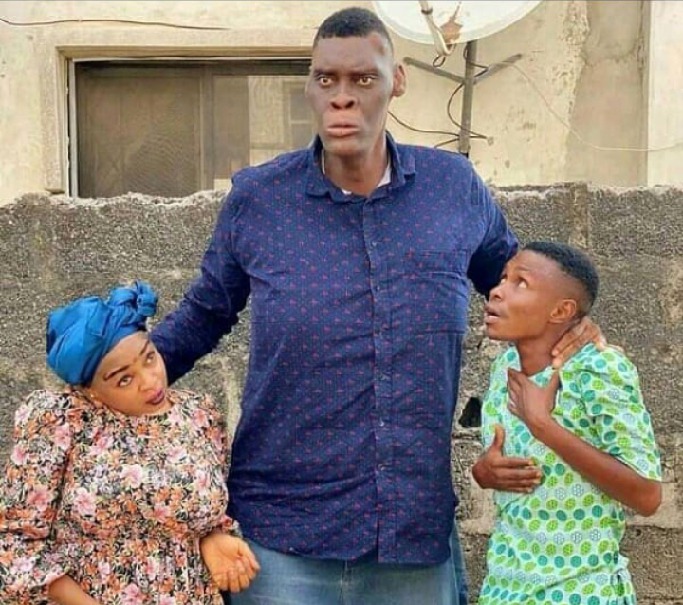 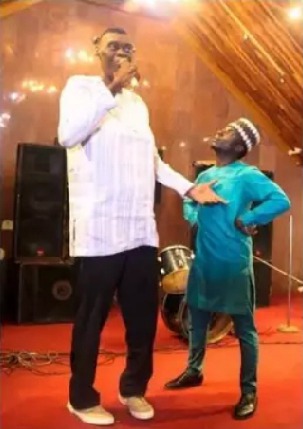 👉1. You Can Turn That Which You Think It's A Disadvantage, To Be An Advantage

Remember how Agoro was rejected by many companies while searching for jobs, just because of his height. But today, he is a model, of which these companies now look for him because of the same height that disqualified him initially. This is because, he has maximized his odd; his height which he saw as a disadvantage was luckily turned to be an advantage to him.

So what is that particular thing you think it's a disadvantage in your life? If only you can believe and work on it, you can actually turn it to an advantage that would take you to your success.

2. Try Another Strategy If Your Usual Strategy Has Refused To Work

Though Agoro was somehow lucky for having a two-year contract with Lagos State, but he didn't go back to start searching for jobs again. He went straight and started his small business. That means he changed his strategy.

But had it being he was still busy searching for jobs without having anything doing, I think he wouldn't have being of any value, and no one would have regarded him to come for his height.

Is there anything you have kept doing for years but it's not working out for you, can you think smartly and change your strategy, your new strategy may actually change your story.

Some people may actually have similar opportunity or contract that would accidentally bring some cash to them, but they would still spend this money hoping that another would come.

He utilized the little cash he might have made from the two-year contract, and started his personal business no matter how small. I don't think he would have risen to fame so quick if he was still wandering in idleness searching for jobs.

So are you idle today? It's very wrong to be idle; get yourself something doing no matter how small. It must not be a job, you must not be a salary earner.

Look within you and know what you are good at, start helping yourself through that, it will definitely pay you no matter how you may neglect it.

Even the holy book (The Bible) said "God will bless the works of our hands." No matter how little, it is a true fact that God will surely bless what we do for survival as long as it's legal.

But if God finally wants to bless people's works today, do you really have what you do?

The Military Will Bomb The Bandits Camp, But Some Students Will Die- El-Rufai

Wishing you a very happy birthday

"If I Was Selling Firewood, I Would Still Be Prosperous," Bishop Oyedepo Says