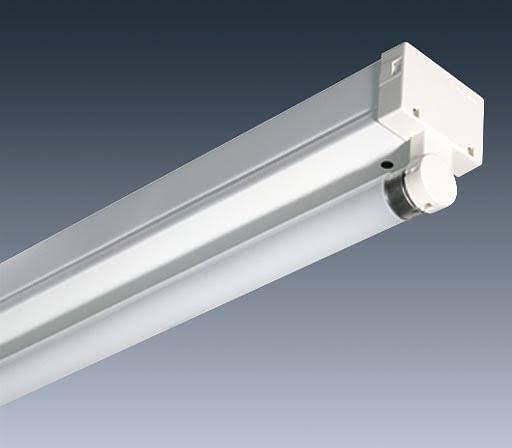 Fluorescent lights contain harmful levels of mercury and phosphorus. A small quantity of dangerous mercury can be discharged as a gas if a fluorescent bulb is broken, poisoning the environment. The remainder is in the phosphor on the glass, which is frequently seen to be a larger danger than the mercury spilt.

When cleaning a fluorescent tube break, the EPA suggests blowing out the area and picking up broken glass and other fine particles using moist paper towels. Glass and old towels should be placed in a closed plastic bag after they have been discarded. Vacuum cleaners should be avoided since they can cause particulates to become airborne.

If fluorescent bulbs are positioned in a location where they are turned on and off often, they will age quickly. A fluorescent lamp's lifespan can be substantially shorter than that of a cheap incandescent under extreme conditions. Regardless, if a fluorescent bulb is left on constantly for long periods of time, its life can be extended. If you're using fluorescent bulbs with lighting controls that activate regularly and time out, such as motion sensors, the issue of early failure rates is something to think about.

Fluorescent bulbs emit light that is omnidirectional. When a fluorescent bulb is turned on, light is scattered in all directions, or 360 degrees around the bulb. This is inefficient since only 60-70 percent of the light emitted by the bulb is consumed, while the remainder is squandered. Certain locations, particularly in office buildings, might become over-lit due to wasted light, necessitating the use of additional accessories in the light fixture to correctly control the bulb's output.

UV radiation from sitting under fluorescent lights for eight hours is comparable to one minute of sunlight exposure, according to a 1993 study. Artificial light may increase health problems associated with light sensitivity in sensitive people. The UV radiation emitted by this form of lighting has been linked to an increase in eye illnesses, most notably cataracts, according to researchers.

Other medical professionals believe that fluorescent light is also responsible for retinal degeneration, myopia, and astigmatism. UV rays can damage precious artwork such as watercolors and linen. Additional glass or clear acrylic sheets must be placed in between light source and the painting to preserve it.

Older fluorescents take anything from 10 to 30 seconds to achieve peak brightness. Many newer models, including the ones mentioned above, now have "quick" start or comparable technology.

Fluorescent lights need magnetic ballasts to work. A humming or buzzing noise can be heard from electromechanical ballasts with slight flaws. However, employing bulbs with high-frequency, electronic ballasts can reduce the hum.

As previously stated, phosphor disposal, and more critically, the hazardous mercury in fluorescent lamps, is a concern for the environment. Fluorescent lamps must be disposed of separately from general and domestic waste, according to government regulations. The energy savings usually outweigh the cost of recycling, but recycling is still an extra cost to guarantee that the bulbs are properly disposed of. When disposing of lights becomes prohibitively expensive, individuals are less likely to recycle them.

Over the last two decades, study after study has found unintentional correlations between fluorescent light exposure and a variety of harmful impacts. All of these issues stem from the quality of light emitted and the underlying health of the people involved. The majority of migraine sufferers, estimated to number in the millions, will experience generalized light sensitivity. Environmental sensitivities affect nine out of ten autistic people, and they are frequently observed to intensify when exposed to fluorescent lights. Artificial lighting has also been demonstrated to cause seizures in people with specific kinds of epilepsy.

Seasonal affective disorder, also known as "The Winter Blues," affects many people during the winter. This is because we don't get the entire spectrum of light that we normally get from sunlight. A large portion of the light spectrum is blocked during the dark, gray skies of the winter months, and our bodies react negatively.

When people work under fluorescent lights and don't get out in the sunlight throughout the day, they often have comparable symptoms. Certain body activities are not stimulated or sustained without the entire spectrum of light we get from daylight, making us feel down in the dumps.