By eddiefavour21 (self media writer) | 14 days ago

Welcome back to the world of silent language.

Please read the part 1 to get more informations.

Have you been deceived before? Oh, I know how that feels, is it the anger and the later condemnation of yourself for being susceptible or the light laughter that is meant to tease yourself. Luckily for you, due to adequate and proven researches, there are different ways to detect an untruth using their body language.

As you become familiar with a person's mannerisms, look at the areas discussed and notice any change or deviations that show discomfort. 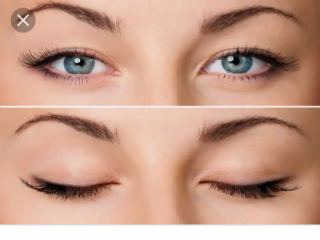 This may increase when you are lying because the increased cognitive activity associated with dealing with stressful questions accelerates everything. It is not always because of lying, it happens when you are under pressure or tired.

It has also been discovered that there is a certain type of person who engages in eye rub; the person will rub the eye(s) while delivering the lie. It seems to be common in both men and women, with men producing a more rapid action and women confining it to a touch to the side or below the eye. The greater the perception of the lie, the greater the associated activity with the rub. So it may be accompanied with looking away.

What's the psychology behind it? It is accepted that it is a kind of blocking out the deception or of the person to whom they are lying to. We are under threat and we want to erase the image of the person.

The face is obviously the main focus for covering up deception. When there is a clashing of emotions or feelings, the limbic area of our brain which handles emotions throws out a spontaneous physical reaction if we are feeling any kind of negative emotion, guilt or shame for example. 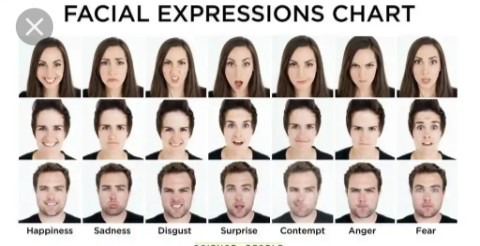 There is a microexpression which comes and goes in a fleeting moment, it can last for less than half a second before the 'mask' takes hold again. These brief facial expressions that leak the truth are involuntary and the really observant and perceptive person can pick them up. The small lies that a person tells'I had only one drink at the bar' don't usually show emotions on the face.

The second aspect of non-verbal behavior, the non-verbal aspect of speech, provides us with important clues which, along with other bodily clues can reveal much. In fact most deception or withholding of truth is given away by people's speech ( Paralanguage)

The words may come out slower than the normal rate because the person is having to rely on memory, rather than the truth. In addition, there is a lot of cognitive activity going on because the brain is asked to juggle the truth with the lie and also avoid leakage through the body. Unless there have been a great deal of rehearsal.

B. Silences or pauses

There may be discernable pauses or silences at specific points during an explanation. Deception usually produces more pauses than usual between individual words and sentences. There may also be presence of unfinished sentences.

A person may be trying to adopt a relaxed posture while experiencing discomfort, whether they are standing or sitting, but the tell-tale sign of a chest rising up is usually impossible to conceal.

We do it all the time. Swallowing may become a problem because the stress reaction causes a dry throat. However an excess if this activity indicates great discomfort.

There may be lots of 'errs' and 'ums' punctuating the conversation, instead of a free flow of conversation which is not reliant on fabrication.

Pitch can be a very good yardstick to indicate a change in a person's emotions as these tend to cause a rise in pitch and it's very difficult to conceal.

It can't be stressed enough that there's no one single clue in detecting deception. Combine different clues to see if there's congruence.

There are more than these 5 (the legs and hands) but these are the most important clues. Thank you.