Gaye was in her early 20s when she met and married Tim Holme. They were a happy couple living the American dream of the 1960s. As a newlywed, Gaye fantasized about the life she and Tim would lead together. Still, a little more cash would have certainly helped.

Meanwhile, Gaye was eager to impress her new in-laws, Charles and Molly Holme. They were a hard-working pair who owned a farmhouse in Staffordshire. One day, they were having a sale and insisted the newlyweds come poke around. While browsing, Gaye was struck by a particular item.

A painting was laying among the farm equipment and assorted heirlooms. It featured a rugged brick house with a woman in a blue dress tending to the entryway. The roof was covered with hay, and the bright blue sky above was filled with puffy clouds. Gaye knew she wanted it.

Gaye's in-laws, however, were not impressed. Out of all their possessions, their new daughter-in-law was asking for a filthy old painting they'd received in exchange for farm supplies! There was even a hole in the canvas! They insisted Gaye take a brass hand bell instead.

The last thing Gaye-the-newlywed wanted was to cause commotion. After all, she was trying to build a new life with her husband. To bicker with his parents over such a small matter would be asinine. And yet, Gaye was lured to the enchanting painting. Once again, she asked to have it.

This time, Tim's parents were growing frustrated. They insisted Gaye pick an item she'd get better use out of. To avoid confrontation, Gaye gave up on the painting and walked away with the brass hand bell. Her in-laws were happy. Tim was happy. But for Gaye, that decision would become forever haunting.

Years after her marriage with Tim ended, Gaye stumbled on a familiar news report. It described a painting of an old farmhouse with a woman in a blue dress. That’s when Gaye learned the painting’s true origin. 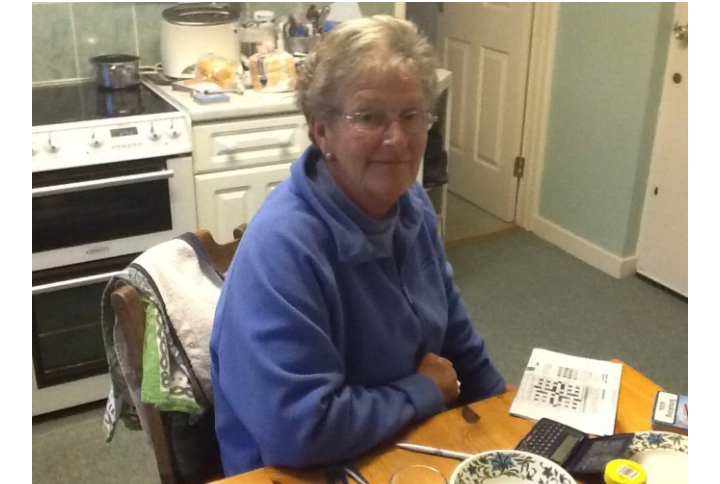 The painting, she found out, was called Peasant Woman in Front of a Farmhouse. After the Holme's family sale in 1967, the painting went on a miraculous journey that will forever change the way you go thrifting.

The owner of a local auction house, oblivious to who painted the piece, purchased it for a mere 4 pounds. There, the masterpiece hung unassumingly next to knock-off contemporaries. With no buyers, the piece was auctioned off to a junk shop. It sat for there for three whole years before a customer noticed a strange detail.

Luigi Grasso was in a store full of antiques. While browsing the art section, he came across a painting with familiar brush strokes but a landscape he just couldn’t place. Then, in the corner of the painting, he noticed a faint signature: Vincent.

Luigi, who'd just been wandering the streets of North London, found himself looking at a painting signed by Vincent Van Gogh. His heart dropped. Could this be a genuine Van Gogh? With haste, Luigi put down 45 pounds and took the painting straight home.

He had a hard time convincing buyers the painting was authentic. So, he turned to Amsterdam’s Van Gogh Museum. In Peasant Woman in Front of a Farmhouse, a key feature stood out to experts.

Experts were able study the painting's composition to confirm its date. It was painted in 1885, when Van Gogh was only 33 years old. Luigi rejoiced when he sold it for 100,000 pounds. But the painting's price point was only growing.

As Gaye recently learned, an unknown buyer had purchased the forgotten masterpiece for a whopping 13 million pounds! This eclipsed all previous sales, but none more than Gaye's price tag of "free." She spoke out about the painting's value.

“Oh dear, how naive of me," says Gaye to the The Shropshire Star about her regretful decision years ago. "Of course, in those days I couldn’t argue with [my in-laws] and ended up with a brass handbell. I learnt my lesson the hard way.” Gaye may resent her in-laws now, but there was a silver lining for her.