10 Warning Signs You Are Dealing With A Wicked Person 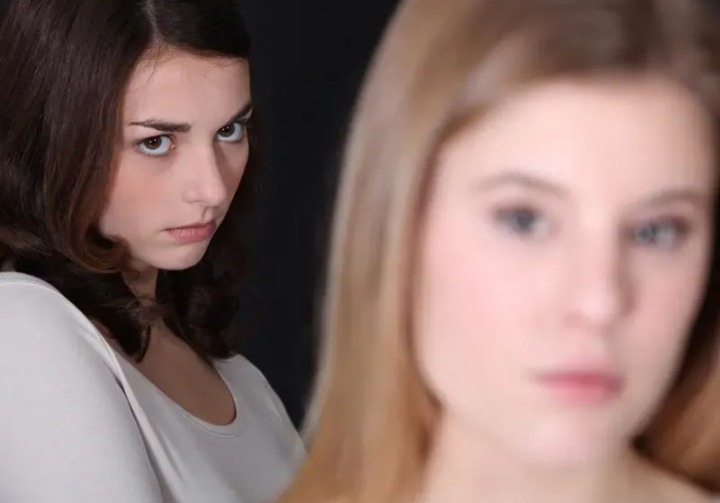 While we like to assume we know what wickedness (evil) is, actual evil is far more clever and frequently appears to be absent. People are fundamentally good; no matter how bad they get, they will always have some good in them. And, no matter how much we strive to see the good in everybody, there will always be some who are willing to exploit whatever good remains in them for nefarious ends. These folks are truly evil (wicked), and they take pleasure in it.

10 Indicators That Someone Is Wicked

They will not agree with you on the truth as you know it to be. These individuals are aware of a different reality, and they will never accept it. And this isn't a case of minor distinctions; this is a case of reality vs their perverted ideas and interpretations.

The ability to manipulate any fact they come upon is the secret to their trade. That is, any information that contradicts their objectives and the deceptive reality they are attempting to impose. They're willing to take things out of context, glue them together with other things taken out of context, and construct 'alternative' facts that serve their goal.

They are willing to withhold any pertinent facts if they fear something would compromise the persona they are attempting to build. "I didn't tell a lie!" It isn't lying if you don't say anything about it. Of course, whether they're lying or not, they keep this information hidden from the rest of the group and take advantage of their ignorance of the issue. What happens if you find out? They will not only alter the truth to make things more interesting, but they will also make you feel bad for not trusting them.

If they think it's appropriate, they'll twist some fact into something that makes you feel terrified, defenseless, attacked, loathed, or inept. They know how to choose the appropriate words to elicit whatever reaction they want in you. Finally, you will begin to believe the information offered in the manner in which it was presented. They may use simple words to create adversaries in your mind; they can make you feel as if you're doing everything wrong — words are their tool, and they know how to use it effectively.

Their version of 'sincerity' is cloaked in silver-tongued deception. Their way of expressing oneself is via lying. They can't think of a notion without considering how something juicy may be incorporated as well. They lie for the purpose of gaining something, and they lie for the joy of deceiving those around them. And every time you discover them lying, they'll tell you a dozen more to make up for it. They'll 'sincerely' explain why they were told to keep quiet, and you'll feel sorry for them.

These people will have no pity for anyone they have killed, are killing, or plan to kill. People are seen as pawns in their game, and the best people are thought to be the best pawns. If they see something good in you, they'll put it to work for them, and in the process, they'll treat you like garbage. They have little sympathy for excellent people and see an opportunity in every flaw they reveal. It's because they relish other people's suffering and don't see why those individuals shouldn't have to go through it.

People who are evil lack a moral compass. They do whatever they want and will never take responsibility for the suffering they have inflicted. If they perceive that they are going to be blamed, they begin deflecting the blame before it reaches them. They pass the buck to others and have no concept of what an apology is. They believe that apologizing is a weakness, and they understand how to get an apology from anyone they have wronged. Finally, you apologize for their errors. Isn't that practical?

8. Taking advantage of others

They have mastered the art of deception. They may prepare ten steps ahead of time and are always aware of the goal of their manipulation. If they want to, they can make you feel stupid by forcing you to do things you don't know how to do and then taking all the credit, leaving you feeling like you weren't competent enough to perform what you did (although you already did it well).

9. Taking advantage of your time

They will subtly go under your skin and cause you to lose track of time if they know you have a schedule or other critical occasions with close friends and family. They don't want you to be superior than them in any manner, so don't expect to be great when they're around to spoil it. They know exactly when to show up and sabotage your plans. Finally, they'll put on a worried expression and watch you lose your mind as things begin to fall apart. They are fully aware that time is a valuable resource.

These people will never tell you the truth about their lives. When they are questioned, stating they live two lives is an underappreciated expression. They live a hundred lives, each one distinct from the others. They are unique to each individual, and they have a well-crafted backstory to tell that would complement the image they are attempting to project. The one thing they all have in common is that no one truly knows what they're made of or where they came from.

One or more of these characteristics can be found in anyone. However, when you combine the two, you have someone who is truly evil. Expect them to change for you because you are unimportant to them. And if you truly love yourself, you should absolutely break away from their manipulation and control and continue to live your life in the company of honest and sincere individuals. Nobody is perfect, and if someone is attempting to appear perfect, they are concealing something.