By Victorpelle1 (self meida writer) | 17 days 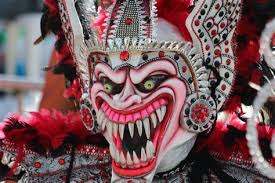 The Chinese New Year is the most important festival not only in China,but also for millions of Chinese people living around the world. The Chinese us e a lunar calendar,based on the changing phases of the Moon. Because of this, Chinese New Year falls on a different date each year,but it usually takes place in January or February.

Getting ready for the New year involves cleaning the house,buying new clothes and putting up New Year decorations. New year's Eve dinner is the biggest meal of the Year,and many of the dishes have a symbolic meaning. For example,the dumplings which are eaten represent wealth, because they are similar in shape to ancient Chinese gold or silver ingots.

As soon as the New Year arrives,firecrackers are set off. Red packets(which are simply red envelopes with money in),are exchanged. Giving someone a red packer is a way of wishing them good luck and wealthh for the coming year. Dragon dancing is another custom associated with Chinese New year. The lantern festival,which takes place on the first full moon of the year,marks the end of the two-week long New year celebrations. 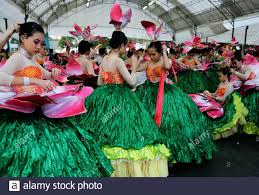 No one really knows the origins of the New celebrations in China,but the legend has it that a beast called Nian appeared every year at the same time and ate people,untill a wise old man found a way to stop it. The grateful people began celebrating the anniversary of the beast's defeat.

Every Chinese year is named after one of twelve animals :Rat,ox,tiger,rabbit,dragon,snake,horse,ram, monkey,rooster,dog or pig. The Chinese believe that your personality is influenced by the animal in whose year you are born.

Content created and supplied by: Victorpelle1 (via Opera News )