What Do We Know About The Religous Views Of The Famous Secret Organization Called The Free Masons?

By Yeshuasbreed (self media writer) | 19 days ago 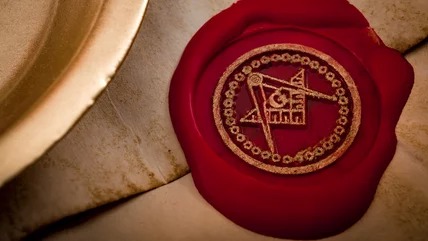 Recently, very little is heard about the identity, history, and ideas of these almost ancient organizations. But there was a time when they were all the rage when all who lived in the western cities knew an organization existed that was involved in some pretty nasty things. Now, what they were involved in might not have necessarily been nasty but it was what many imagined at that point. Perhaps due to the secret nature of their activities.

Recently, there are at least thousands of fraternities all over the world, some bearing minimal resemblance to their predecessors and one would think that the rise in the number of fraternities is something that came with time. But it isn't necessarily so. The activities of fraternities have been greatly reduced mostly because the world has since such a great act of evolution through science and technology. No one wants to belong to a fraternity when they could simply use their phones all day. But there was a time when fraternities and belonging to certain groups were embedded in the fabric of everyday living. 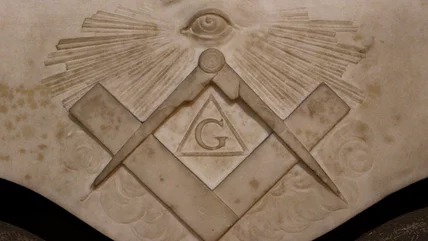 If you are upper class and worthy of being known and identified, there is a very high probability that you belong to something, somewhere. Societies such as the Masons, the splinter groups that some call the Illuminati, the Elks, and so many others. These groups had such great advantages, with such little negative impact asides from the fact that their belief system was perceived as threatening to the religion that reigned at that time. They promoted friendships, they helped their members, they developed social consciousness, and created men of standard.

Of course, one such group that has been known for centuries is the Freemasons. I am not sure what they do recently, perhaps they just sit in their masonic lodges and play cards and enjoy the news but there was a time when the organization had men of timbre and caliber in its ranks. From Presidents to governors, and even important church officials. Which then brings the question, what is their belief system? 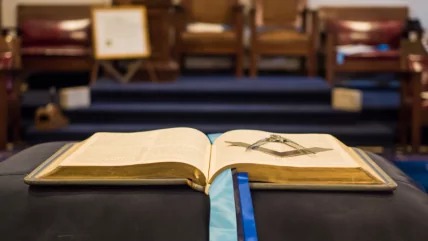 If the group had always been known for having such a high caliber of people in its ranks, could it then really be the evil group, that practices human sacrifice and blood rituals as many belief. One could understand why these things come to mind when many pictures the group, perhaps because it is shrouded in secrecy right since its inception with rumors of pagan rituals, and quasi-polytheistic beliefs.

The group has also been associated with controlling and manipulating the activities of World governments, the tendency to pull strings behind the scene, to influence top financial issues, and a plan for world domination. This sounds interesting but there isn't a shred of evidence that these men are interested in world domination. For all we know, they could just be a bunch of men trying to enjoy their free time, with billions in their accounts and a plan to make even more. Not to forget how charitable these men are.

Interesting thing is that at some point, this group that has now famously morphed into what we call Freemasons was once a bunch of Christian men. Imagine a group of Carpenters in Lagos decided to start a group, perhaps an association, that allows for the most elite of them to converge and discuss how to move their trade forward. Well, this was how the Freemason started, as a trade guild. With time, this group due to its secrecy was necessary due to the need to keep outsiders from learning their plans to effect positive changes in their trade. The group only allowed men who profess belief in God, and not just a belief in God but a majority of whom were Christians. 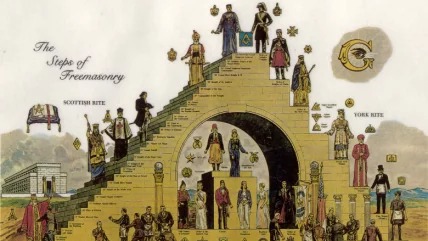 However, the idea of "majority" still isn't more, and so the Catholic church wasn't quite excited about having a group that allowed people who believed in God but didn't care for how it teaches the belief in God. But that was hundreds of years ago, and no one cares about the place of religion in their acceptance into the group anymore. All that matters these days is to profess belief in a higher power and you are in. However, The Straight Dope also notes that "when a Mason achieves the highest rank, the tea is spilled about what the group believes, and that "god" is Jahbulon, an amalgam of a (the) Hebrew God, a Caananite god, and an Egyptian one."