Danafojura: The Egungun From Oyo Who Is Fire Resistant And Has The Power To Make People Unconscious

By ReignJerry (self media writer) | 13 days ago

The famous 'Danafojura' who is called Egungun Oni Mojesin Baba Ibeji is an Egungun from the Oyo Kingdom often described as one of the most powerful in the Yoruba dynasty because of his fire-resistant ability, as he can never be consumed by fire no matter the size. An average Yoruba person will most likely have a lot of thoughts when he sees an Egungun and it is either he/she runs fast as they can or just hold your ground with fear taking the better part of you.

Egungun Mojesin is one of those who entertain Yoruba people with his cultural display and with his powers believed to have been given to him by the ancestors. During festivals, Egungun Mojesin is always seen with strands of dried grasses which he sets on fire to show his unique power of resisting fire. 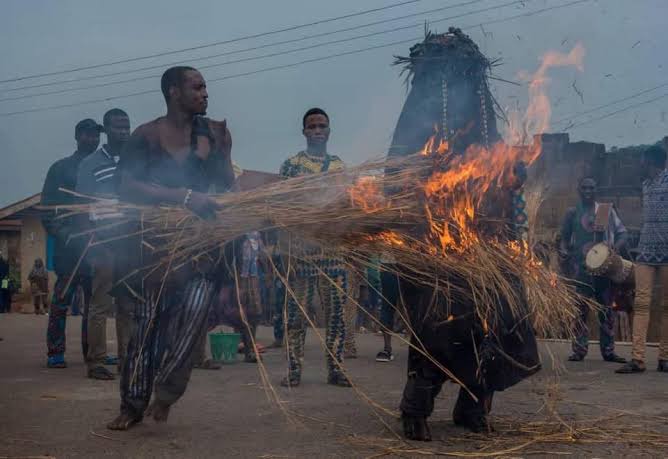 File Photo: Egungun Mojesin And His Handler Stepping Out For A Display | Credit: The Guardian

Aside resisting fire, Egungun Mojesin has the power to make someone unconscious and he has done this most times during festivals. He also has the power to revive the person back to life and this particular act is a mystery in Medical Science. 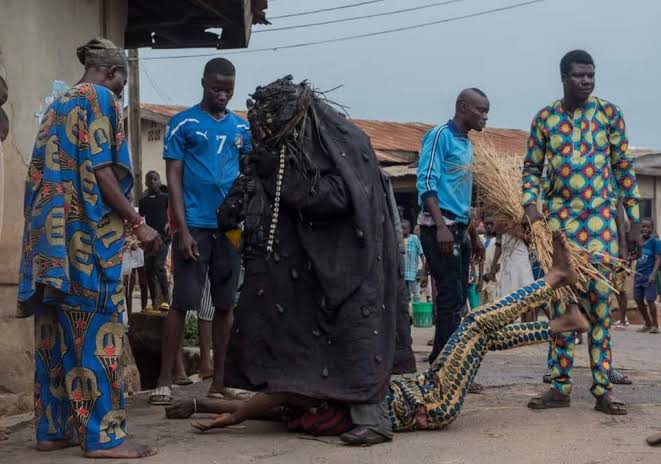 Egungun Mojesin who is an ancient and powerful Egun displays his dance moves inside a blaze of burning fire as people are often seen watching him in amazement. Whenever he wants to dance, he instructs those who go out with him to set him ablaze and when people see that he is not consumed by the fire, they start shouting and screaming. 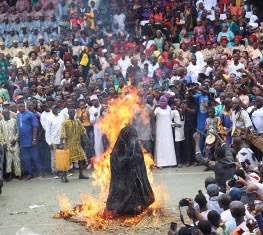 It is said that Egungun Mojesin has a coven and once he comes out, he tells his handlers 'Danafojura', which literally means set me on fire before performing in any festival in Oyo State. Egungun Mojesin has never been consumed by fire and this is one of the reasons why he is referred to as the most powerful Egungun. 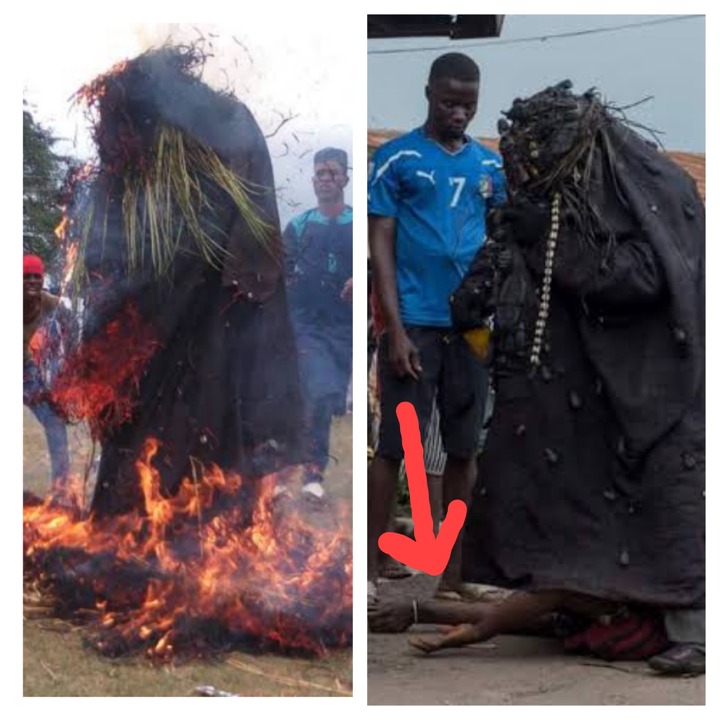