By FUNSHAROG (self media writer) | 2 years ago 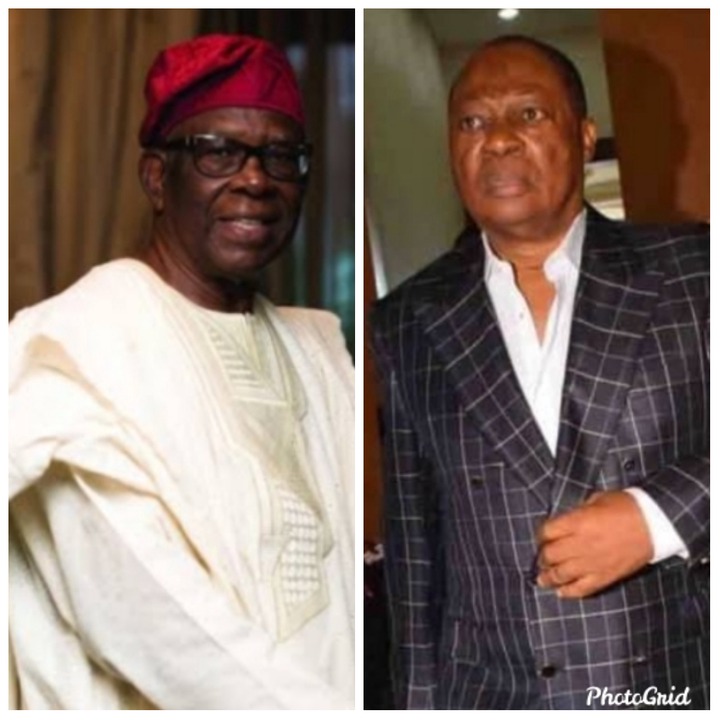 Automobile mogul, Chief Michael Ade-Ojo, is fondly referred to as Nigeria’s ‘Mr. Toyota’. The businessman is not called ‘Mr. Toyota’ simply because he loves cruising around in the Japanese-made whips but for almost 50 years, he has handled successfully business with the Toyota. And after nearly five decades of mingling with these auto makers, Ade-Ojo has earned the exclusive rights to Toyota Motor Corporation business in Nigeria.

Ade-Ojo’s lifetime’s commitment has made Toyota one of the most ubiquitous car brands in Africa’s largest and most populous economy.

Of course, the Nigerian market has become the most sought after for various car makers on the continent because of its huge market potentials. Toyota is among the leading brands in the country, accounting for almost half of vehicles imported, and is very popular on Nigerian roads. Many motorists have expressed their love for the Toyota brand because it is relatively affordable, durable, easy to maintain and can be sold off for a profitable price after being used with its best selling models include the Hilux and Corolla.

Ade-Ojo was very instrumental to this phenomenal growth of the Toyota brand. But he has others to assist him achieve the growth through his firm, Toyota Nigeria Limited —the authorized representative and distributor for Toyota Motor Corporation of Japan. Ade-Ojo used to hold sway as Toyota Nigeria Chairman before he retired two years ago and handed over to one of his sons, Kunle Ade-Ojo. This disclaimer has exacerbated a silent war said to have been lingered since 2017 between the two auto companies. It was learnt that several attempts were made to resolve the crisis between the two parties but all failed leading to claims and counter claims over the dealership crisis.

Sources in the knowing of the crisis explained to this medium that Ade-Ojo was forced to take the steps to revoke the dealership arrangement with Anumudu over allegations that the latter’s Globe Motors was importing vehicles unilaterally without recourse to Toyota. More so, those imported vehicles, according to the sources were not approved for the Nigerian market.

Globe Motors was also accused of infringing on the dealership agreement with Toyota Nigeria being the sole representative of Toyota Motors Corporation of Japan.

Beyond the unconfirmed reports that Toyota Nigeria was irritated by the importation of the brand from secondary sources, there is also a recent allegation leveled against Globe Motors that it was illegally importing vehicles through the land borders, which led to its closure and others equally accused of the same offence by the officials of the Nigerian Customs Service (NCS).

All these, sources said, led to the caveat emptor placed in several newspapers which evidently brought to the fore the sore in the business transactions between Toyota Nigeria and Anumudu’s Globe Motors, which used to be one of its foremost business partners.

The parting of ways therefore deny Globe Motors some of the services exclusive to Toyota accredited dealers including genuine manufacturer's warranty offer on vehicles and parts; repair services by Toyota Japan trained technicians; technical support on repairs and business expansion.

But, all these allegations have been dismissed as false and misleading by Anumudu’s associates.

According to Anumudu, through his managers, in a counter publication, said Globe Motors remained bonafide and accredited importers and distributors of Toyota Vehicles in Nigeria. He claimed that Ade-Ojo and his companies are afraid of Globe Motors’ strides and that they are afraid of competition thus their resort to misinforming the public.

To Globe Motors, it believes while Toyota Nigeria Limited is the accredited distributor of Toyota brands in Nigeria, this does not stop other companies from selling the brand. And Anumudu is not ready to be stopped by the Ade-Ojos from cutting his own share of the multi-billion Toyota juicy market.

But from all indications, the Toyota headquarters in Japan seems to be backing the Ade-Ojo's Toyota Nigeria’s decision to revoke the dealership agreement with Anumudu’s Globe Motor as its has continued to deal with Ade-Ojo as its sole Nigerian representative.

However industry experts and stakeholders are calling for truce, saying the controversy is not healthy for the auto industry. Some have argued that Toyota Nigeria and its authorised dealers should concentrate on educating buyers on the advantages of buying from them.

"As it is now, automotive dealers can import from anywhere or any brand. The Nigeria automotive policy regarding dealership requires that you must have infrastructure on ground for after sales support including spare parts,” one automobile expert said. This Globe Motors claimed they have.

Meanwhile, the recent controversy is not new in the Nigerian automotive industry. In fact, to Ade-Ojo, such market war is not strange and he is on a familiar terrain.

Aftermath of the Nigerian Automotive Industry Development Plan introduced by the Federal Government in October 2013, Ade-Ojo had led other dealers of imported vehicles and operators of allied businesses to protest the new auto policy. This also pitted Ade-Ojo against the Vaswani Brothers —the Indian billionaire brothers who own Stallion Group.

The powerful Vaswani brothers, in their bid to gain control of the industry by taking advantage of the auto policy, had allegedly been chiselling Nigeria through under-invoicing, underpayment of duties, VAT, surcharge, mischievous classification, and cargo diversion. Other malpractices of the brothers include use of containers to import vehicles, unspecified description of vehicles, and use of obscure ports.

And Ade-Ojo battled the Indian powerful brothers to submission and not likely to lose this time around over the Toyota distributorship brouhaha.

Content created and supplied by: FUNSHAROG (via Opera News )