What Omokri and a Doctor said about intelligence

By Stormy (self meida writer) | 1 months

The purpose of going to school is to learn and become successful in life after graduating.

But, it is discouraging that after a person has acquired certificates to succeed in other things that make life sweet becomes difficult.

Then, you see somebody who did not go to school at such or a drop out controlling wealth and succeeding in whatever he or she does, you begin to ask why?

A Nigerian author who is also a spokesman to former President Goodluck Jonathan and a Doctor has given reasons why it is so. 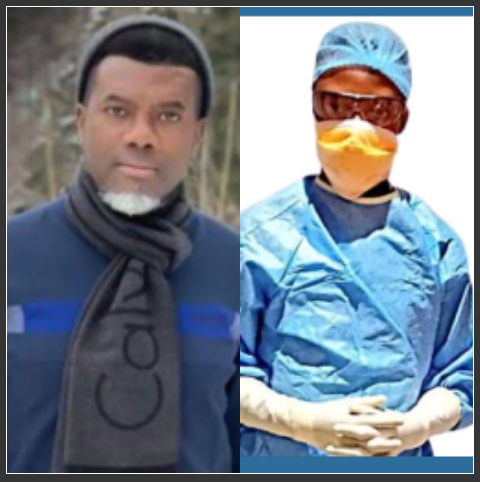 The two personalities said intelligence and academics are two different things. And it is only intelligence that makes a person succeed in life and not academics.

The two well-educated men who are also doing very well in their respective professions took to their official Twitter page and explained what happens when someone is intelligent and the other is an academician.

Both professionals agreed that passing exams are different from intelligence, that one may be academics still lack intelligence. On the other way round, one can be intelligent but not academically empowered.

The two men said that the person with intelligence is always on the lead and superior to a person who has academics.

Reno Omokri writing on the matter, defined academic as an ability to pass exams, while intelligence means the ability to succeed in life. He added that if one fails exams, it does not mean that the person is not intelligent. Stressing further, he said that someone can be intelligent without being academic, and someone can be academic without succeeding in life.

According to the post he shared on his Twitter page, Reno Omokri or @renoomokri said, "Being academic means you can pass exams. Being intelligent means you can succeed in life.

"Failing exams doesn't make you unintelligent. You can be intelligent without being academic and be academic without succeeding in life". 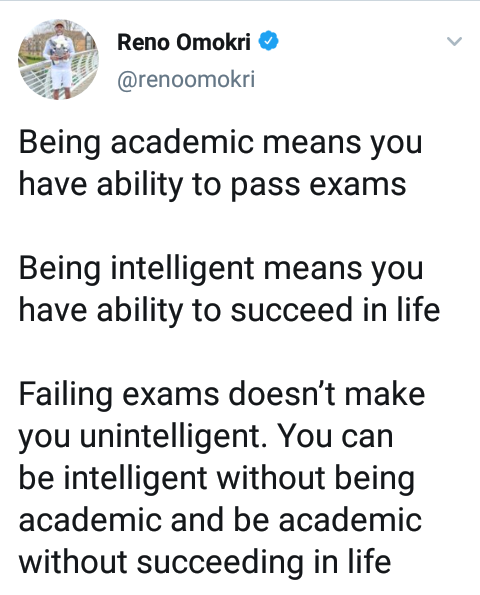 A Doctor who also gave his strong statement on the matter said that nobody should confuse education with intelligence.

According to the post he made on his official Twitter handle, First Doctor or @firstdoctorr the medical practitioner revealed nine (9) things he has so far learnt in the year 2021.

The first he mentioned among the nine (9) things he has learnt this year is 'never to confuse education with intelligence. He explained that a person can have a master's degree and still not doing well in life.

1. Never confuse education with intelligence. A person can have a master's degree and still be a seasoned idiot".

Then he added other things everyone should know about life. 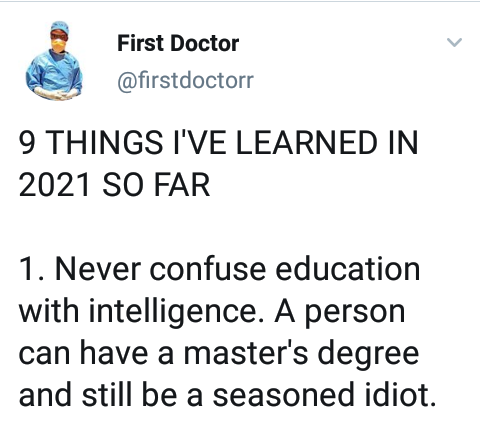 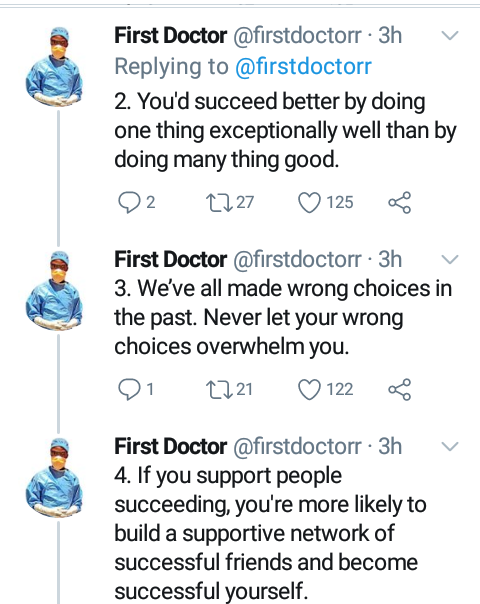 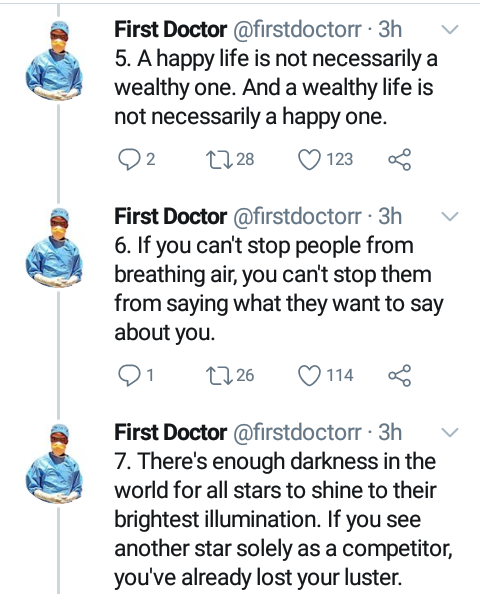 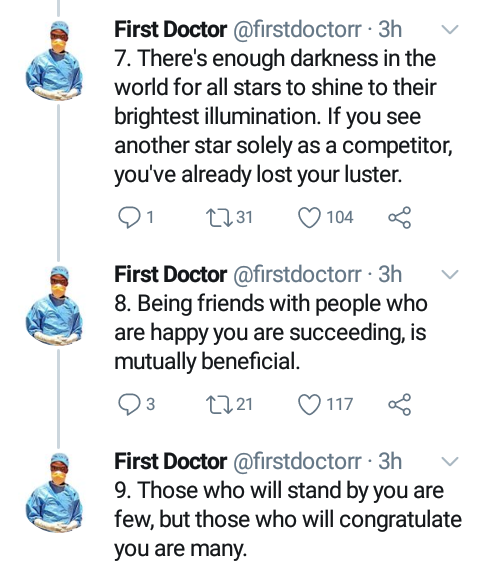 "You're Indeed A Friend, Not Some Frenemies" - Queeneth Hilbert Tells Anita Joseph

Guys, Checkout These 31 Latest Hairstyles That Will Make You Look Handsome

Get Inspired With These Fashionable And Creative Boubou