The Israeli voice actor cast for the role of Shrek attempted to make a joke mocking David D'Or, a popular Israeli singer. The singer was not impressed whatsoever, and he managed to force the film out of theaters.

When John Cusack worked tirelessly to save his family from the end of the world, audiences everywhere cheered on his bravery. It was a film chock-full of insane special effects, but not everyone was enamored with the action.

That same year — 2012 — the government of North Korea celebrated the 100th birthday of the nation's late first leader, Kim Sung-Il. Officials felt the movie depicted the special year negatively, and they forbade anyone from watching it.

The Simpsons, while sometimes getting negative attention for an off-color joke, is relatively pure in heart. The antics of Bart, Homer, and the rest of Springfield clan have helped the show last over 30 seasons — and get banned in Burma.

You might think the movie poked fun at something in Burmese culture, which would be understandable. However, it was simply because the characters' yellow skin was deemed too offensive. The government never gave a thorough explanation why.

When it was released in 1998, Barney executives hoped to cash in on the asteroid-sized success of long-running kiddie show. Before it could hit theaters in Malaysia, however, government officials stepped in.

Funny enough, Malaysian censors never gave an explicit reason for kicking the singing purple Jurassic-dweller out of theaters. They simply stated they believed it was inappropriate for kids. Maybe next time, Barney.

So many kids all over the world fell in love with Winnie the Pooh when he arrived on television. The cuddly yellow bear loved his honey and Christopher Robin, but when the live action film came out, one nation said, "No!"

China banned everything related to Winnie the Pooh in the country because anti-government groups use the bear to mock the physical appearance of leader Xi Jinping. You have to admit, though, both their smiles are charming.

Gal Gadot whooped some serious butt in Wonder Woman, and women all over the world rejoiced in the fact a female superhero lead took charge. However, certain nations weren't pleased with Gadot's background. 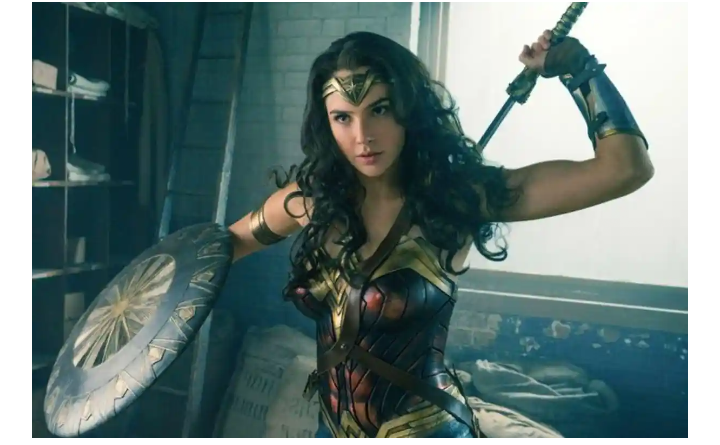 Lebanon was at war with Israel during the film's 2017 release, and Gadot was a member of the Israeli Defense Force before her Hollywood career. So, they didn't want to show a film celebrating a former opposition member.

Russel Crowe stepped into the shoes of the Biblical character tasked with building a massive ark to withstand a world-ending flood sent by God. The film was met with mixed reviews, but several nations had no positivity to share.

In the Quran, Noah is considered a prophet, which means it's considered blasphemous to depict him in any way, whether onscreen or in artwork. Therefore, Crowe never had the opportunity to impress Arab nations. The film was banned.

It's perhaps the most famous — and exhilarating — pirate-themed movie franchise ever, and Pirates gave us a peek into the wild life of Captain Jack Sparrow and his outrageous adventures. China, however, didn't love the film.

In the second film of the franchise, there's a scene with ghosts. While clearly they're wacky and fictional, China does not tolerate spirits in any films. Government officials stepped in and banned the movie all together.

Everyone who saw this film wanted to hop into the De Lorean and speed off through time. How could such an iconic movie with fantastic characters receive hate from anyone? Well...

Just like ghosts, the time-traveling concept had many officials in China up in arms. They considered altering the past as disrespectful to history. So, Marty McFly and Doc Brown were filed away into the "Do Not Watch" folder, and the film was banned.

Many consider this to be the greatest film about the Holocaust ever made. Steven Spielberg left audiences in gut-wrenching heartbreak at the suffering the Jews endured. But, the film made several enemies.

Unfortunately, anti-Semitism ran rampant throughout much of Lebanon, where the government felt the movie portrayed Jews in a positive light. To ensure the hatred of the persecuted group remained strong, the country refused to show the film.